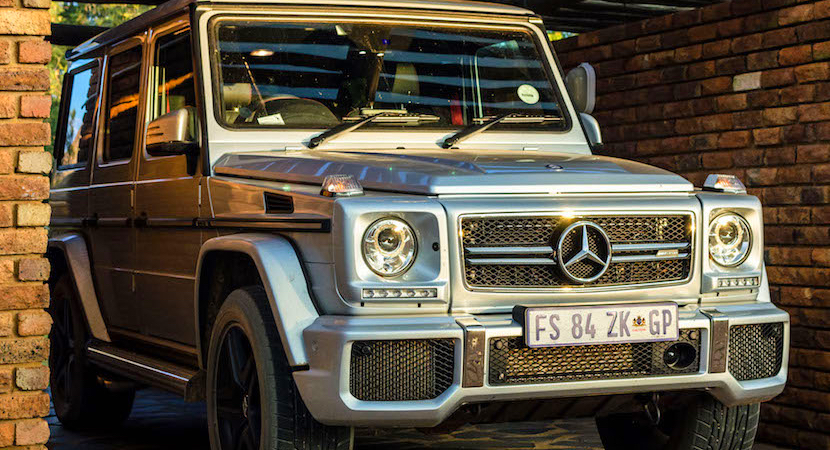 It rolls through a corner with the traction control light blinking like mad if you attempt any driving even resembling sporty. It’s not as comfortable as you might imagine despite seats that look like they come from the La-Z-Boy catalogue. It drinks fuel faster than you can put it in and will therefore ruin your personal finances faster than a night at your local “gentleman’s club”. Yet despite this and as the title suggests, I absolutely love the Mercedes G63 AMG and it would undoubtedly appear in my “perfect 5 car garage”.

Now I feel I must qualify myself at this stage and state for the record that by “perfect 5 car garage” I mean 5 cars, budget unconstrained, provided they fulfil your every possible motoring need. So with that cleared up let’s jump behind the wheel of the Mercedes G63 AMG and see if I can possibly justify myself with a car that starts at just over R2.3 million.

Actually let’s take a step back rather

And just look at this magnificent beast in all its glory. Sure it’s rather ostentatious, but what were you really expecting the results of a heavy AMG breathing onto a car that is already gargantuan to begin with? Let’s also not forget that the G has been with us for way longer than most people would imagine and it’s only relatively recently that she’s become a luxury commodity. Despite much modernisation, the outside at least remains true to its roots, all square angles, exposed hinges and a good work out session required before closing any of the doors. Then what happened is that Merc’s AMG division tore out the page of the dictionary that has definition of the word “subtle”. Everything about this car just stands out from the crowd, as if the G Wagon ever needed it. Take a glance down when stepping aboard at those massive flaring exhausts protruding from the side skirts to know what I’m on about.

A bit industrial though isn’t it?

Well not inside the Mercedes G63 AMG. The cabin is liberally swathed in leather and there enough features crammed in to satisfy even your Mercedes S Class owner. The problem is of course that the car was never designed to be luxurious so despite AMG’s best efforts there are going to be a number of design flaws, the first of which is a general lack of space for the driver. Now I’m not talking about leg room or physical space within the cabin, for that there is plenty of, it’s actually a lack of what I like to term “day-to-day space”. Sure there’s a massive central bin for you to throw keys and such in, but finding a convenient place to store a phone is impossible and the driver doesn’t get a cup holder of any description. Small things I know, but if you refer to the price tag above these are things that your average man of the street would assume it has. Of course most of these niggles swiftly disappear upon turning the key.

So it’s loud then

Very. People are going to know when you leave for work in the morning and this is a good thing because the petrol pump attendants are going to need to be awake for the inevitable stop for fuel. You don’t just get noise for your bankruptcy though, you get a whole heap of speed thrown in too. Please note that I use the word “speed” and not “performance” as this car does straight lines very well but very little else performance related. In-fact you’re going to have to lean on those massive -cross drilled AMG brakes a whole lot to get down to an acceptable cornering speed. And then once you’ve reached that corner you’ll find the wheel is somehow heavy, vague and light all through the same turn.  But again engineers can only do so much wizardry and expecting a car this heavy and this tall that can go this fast to corner like a Lotus Exige would be ludicrous.

Sounds like a horrible driving experience then, I thought you said this was good? 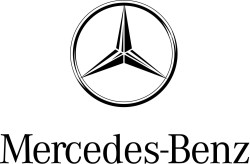 That’s the thing with the Mercedes AMG G63, it can never and will never make sense on paper, but wow did it put a smile on my face every time I got behind the wheel. Let’s also not forget that it’s an incredibly capable car off-road and this is where staying true to its industrial roots really starts to pay dividends. Right off the bat I don’t know of another production car that comes standard with three individually locking differentials for rear, centre and front and while we didn’t get to put the G63 through its paces on our usual 4×4 course, I did clock up around 200km of pure dirt road driving, full of all those horrible washboard bumps, massive ruts in the roads and the occasional pothole that jumps out of nowhere. What I found after all this abuse is that the Mercedes G63 AMG could not feel more solid out in the wild if it tried.

Time to wrap this up

As I could go on for a long time about this car. On the one hand the Mercedes G63 AMG is rather pointless as it’s expensive, arguably not as good off-road as its cheaper brothers, has quite a few poor design choices and something that any sane person probably wouldn’t buy. Yet everyone loves it, so much so that you’re almost lulled into thinking it’s a car for the people. It took me a long time to work out why, but I think it boils down to the combination of an incredibly capable and practical 4×4 given extra good looks, an amazing sound track and insane speed, all of which blends together into just the right amount of insanity that can be all things to all people. In a world full of bland, the Mercedes G63 AMG brims with character and for that I can’t get enough.