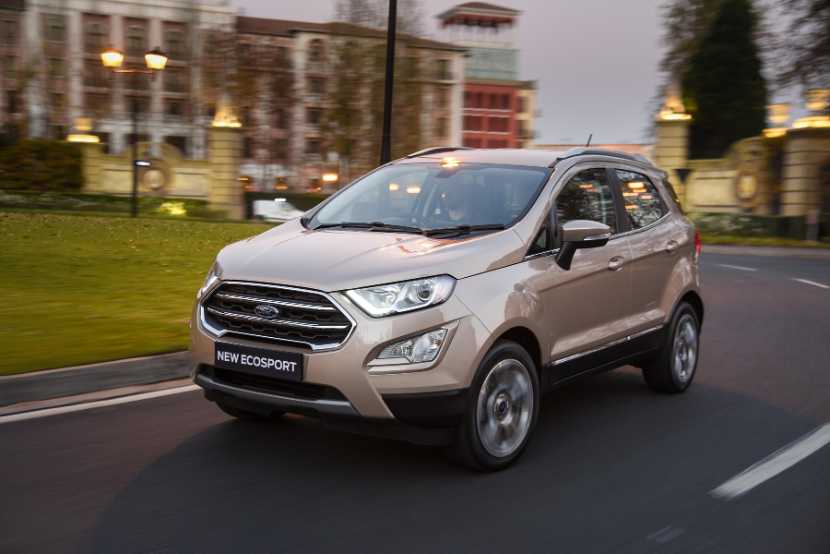 The Ford EcoSport has sold exceptionally well in South Africa for a long time now and in fact has become a mainstay towards the very top end of the sales charts. The new Ford EcoSport has a lot to live up to then. Not only does it need to hold onto the dominant position so successfully carved out by its predecessor, but also shore up against the rapidly rising tide of mini SUV’s presented by the competition. Having said that and despite all the success brought on by the previous generation, I was never a fan of theEcoSport.

It looks to be ungainly and disproportionate somehow and instead of giving it character I thought the result seemed rather sloppy in design. The 1L turbo engine didn’t help matters either. Sure for the time it was a lot of power packaged into a small and potentially economic power plant, but I found it rather unrefined as a day to day experience. What I mean by that was the nature of the power delivery was so binary. In the boost and flying with hair on fire, or ambling around with no particular place to be. Those were your two options and while that kind of power delivery is hilarious in a mad 80’s supercar, it’s not particularly calming when commuting to work.

With time comes refinement though, and of course the engineers at Ford have worked long and hard to improve the driving experience delivered from these pint size little motors. Much easier to work and live with, the power delivery feels exceptionally linear, to the point where you almost forget the car is actually turbo charged at all. Now I’m sure all the wannabe racers out there are going to be disappointed, but the harsh reality for those of you still clinging onto that Fast and Furious dream is you’re driving a mini SUV, excitement isn’t a priority.

No one is going to choose the new EcoSport on looks either. No denying it looks better than the old one, in fact I’d say we’re well past leaps and bounds better, however in comparison to the competition I still don’t think it stacks up at all well. The SUV market is booming, pretty much the only vehicle market that is in fact, and this allows a manufacturer to really focus its efforts, spend both time and money on all aspects of development. So it’s very disappointing to see the result turn out once again to be somewhat ungainly. Just compare the EcoSport to the Mazda CX3 or Hyundai Kona and you’ll see what I’m talking about. Both look like they’ve had a lot of thought put into them before you’ve even stepped inside, proving that it is possible to make a mini SUV that looks well proportioned. Truth or not, it then just makes me feel like the Ford EcoSport is an afterthought for the brand and not the important product sales figures would have us believe. Smacks of resting on your laurels to me.

It does have a big boot though. Well a deep boot actually. Once again the EcoSport has strapped the spare wheel to the back door to create more load space. This has the advantage of adding those extra litre stats to the brochure, but practically is only useful when you need to stack bags on top of each other when heading to the airport, than say for weekly shopping. It also creates what I like to call the “Prado conundrum”. By strapping the spare wheel to the rear you certainly gain extra depth inside, no doubting that. Also no doubting that for a small family it will help with all the goods and chattel that comes with children. The trade-off however, is that now you have a boot that opens outwards rather than upwards. This makes reverse parking less convenient, particularly if you have a tight garage. The biggest issue I found however is the horrible lip that juts out over the top. I completely understand its purpose to provide a water tight connection when closed, however the number of times I clipped my head on the jagged inside edge when pulling shopping bags out made me seriously consider taking a large hammer to it.

At the end of the day the new Ford EcoSport is far from a bad vehicle. It’s also in my opinion an excellent improvement on the old model. The market for small SUV’s is fierce and Ford is in the fortunate position to have taken hold of an excellent market share while still in its infancy. The reality is the band wagon is extremely full now and everyone has their best elbows out, jostling to take just a little bit more wherever they can and the new EcoSport is not quite up to the task.