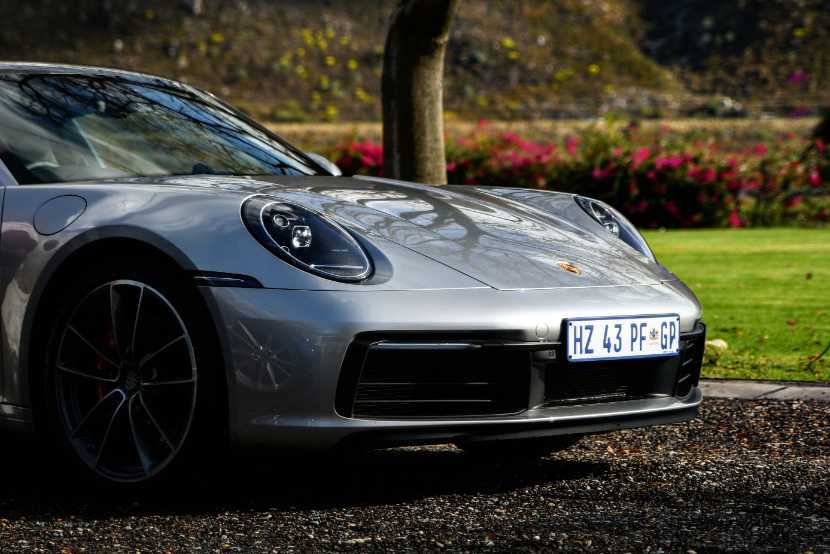 Evolution. It has been and will always be the 911 way. The 991 series of 911 was simply incredible, with the 911 GTS model being a particular highlight of mine. I loved the way it accomplished so much, providing what I believed at the time to be the best all-round sports car that money could buy. So how on earth is the 992 series going to not only live up to the 991, but surpass it? This is undoubtedly a conundrum that has faced many a Porsche engineer since 1963 and one that they have consistently risen to and so often exceeded all expectations.

Despite this I enter somewhat a sceptic, sceptical that they can pull yet another rabbit out the hat, but also sceptical that this will be nothing more than a fancy trim update and an incremental number added on. On hand we have the S variety of 911, both in 4-wheel and rear wheel flavours and on paper I’m more sceptical than ever. 331kw? That sounds awfully familiar to me and of course it should. It’s the same power output from the 911 GTS I was raving about just one paragraph ago! Of course my mind jumps to exactly the same place yours undoubtedly has too. They’ve just lifted that engine out the GTS and slotted it into the new S, how lazy can you possibly get? Well you and I would in fact both be wrong. The 911 is always more than a sum of its numbers and once again the 992 proves this emphatically once you get it out on the road.

Read also: Porsche 718 GTS (update with video): a sports car for every occasion

The engine may have the same power as the old GTS, but remember that figure is maximum power output and doesn’t tell us the whole story. How that power is delivered is a completely different story and has to be experienced to get the full picture. While 0-100 is dealt with 0.4 seconds quicker than the 911 991 managed, the improvement for me is actually found exploring the rev range. With so much torque available these new turbo engines have get up and go no matter what gear you’re in or where you are in the rev range. Yet that power delivery is so linear now that you can’t quite believe turbo charging has been involved at any point. And this is where I find the first nugget of incremental improvement the Porsche 911 is so well known for and why the 911 has always been the benchmark, by taking something good and making it just that little bit better, each and every time.

The next is the suspension. While the S is a sportier version of the standard Carrera, this car is designed to really be a jack of all trades, at home on both road and track, city and countryside backroads. It’s relatively easy to make suspension for a sports car that works on the track. Just making it super stiff will work wonders right off the bat. The tricky part is making something compliant enough for road, yet not allowing a huge amount of body roll. Creating dampers soft enough for the road and all our wonderful potholes, bumps and inconsistencies, yet still able to provide the driver with enough feedback when the going gets fast. The 911 Carrera S is now absolutely exceptional, once again moving the benchmark, not by a massive amount, but far enough that there is a perceptible difference to the driver.

There’s value to be had in not changing anything too. That steering wheel is just my absolute favourite on the market right now. And by a long way. The worst part though is I cannot quite put my finger on exactly why. Sure the steering wheel controls are placed exceptionally well, give wonderful feedback when pressed and are mapped to exactly what you’d expect, but it’s more than that. It’s the feel in your hand that is just so perfect. The goldilocks of wheels, it’s not too big, not too small, it’s just right. And it’s the same as the 991. Just because it’s perfect and why change something that doesn’t need changing?

Speaking of not changing, we’ve got digital everything now. Two 7-inch frameless displays are what the driver sees in the instrument cluster, with a 10.9 inch centre screen from where all the infotainment gadgetry can be accessed. The Porsche 911 even goes so far as to include sound sensors in the wheel arches to detect wet weather and activate wet weather mode based on that. As a side note I’ve no idea how it distinguishes between a wet road and a dirt one, but still it illustrates the point. Yet in spite of all this technology we still have an analogue rev counter that dominates the drivers view of the dashboard and it’s got to be one of my favourite parts of the interior. I’m under no illusions that it’s probably kept there as a throwback for marketing purposes, the fact that it is there makes me exceptionally happy.

No car is perfect and the new Porsche 911 S is no exception. I cannot abide that new auto gear lever that just shouts USB stick to me, however this one minor gripe can easily be fixed with the fantastic manual gearbox on offer. For me the new S model is all the 911 you’ll ever need and having driven both the 4S and the S, my personal preference would be a manual S that I could enjoy every single day. Happily, no matter what your preference leans toward, you cannot go wrong with the new Porsche 911 S. Now if you’ll excuse me I’m off to try find a way for this lowly journalist to afford one too.