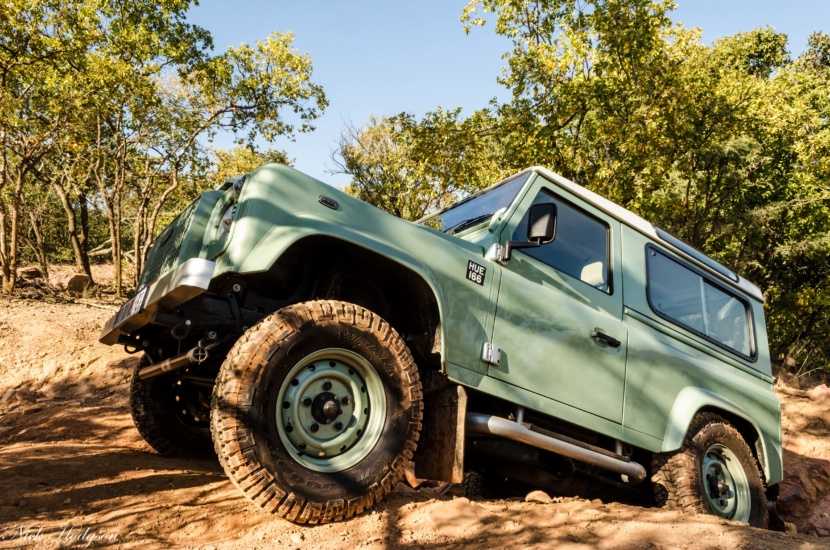 If you think roughing it is barefoot on the carpet of a – star hotel; then you probably won’t get why somebody can write a love song to an old Land Rover. But most South Africans have that adventurous spirit in them and this goes hand-in-hand with the image of a rusty old Landie. By Land Rover, I mean the original Defender not the zooped-up modern versions that take up way too much parking space with their high windows. I am talking about the real 4X4 that can drag a car out of a river, climb the highest sand dune, take you across deserts, drag you through the swamps and drive away from a charging elephant. A friend with a very rusty version often took a group of Parliamentary journalists up the West Coast for a trip of sleeping on the sand, eating potjiekos and eating enough lobster to develop an aversion to it and even though you had to reach inside the car to open the door; it had rust peeling from the body and its wipers never worked; we all loved it and were sad when it finally ground to a halt. Land Rover discontinued production of the old Defender in 2016 saying it won’t meet car emissions targets set for 2020. A new shinier, sleeker version has been unveiled. Tony Weaver has written a love dong to an old Land Rover, first published in Die Burger and says you should never believe the phrase, “No problem in a Land Rover”. – Linda van Tilburg

When you travel slowly through Africa in an old Land Rover, there are many lessons you learn. Like glue a dishwashing sponge to the driver’s door to pad your knee. And never believe anyone who says ‘no problem in a Land Rover’. Every time we hear that, we know big problems lie ahead.

This is a love song to old Land Rovers.

I was six the first time I travelled in a Land Rover, through the Maluti Mountains in the country where my father was born, Lesotho.

He took us back through the villages of his childhood – Quthing, Leribe, Butha Buthe, and the village where he was probably born, Teyateyaneng.

Then we headed to a remote fishing camp at the top of the Ox Bow Pass. My parents’ 1958 VW Kombi only made it halfway up, then expired from lack of oxygen at 8,000 feet above sea level. We trekked the last bit to camp on horseback and in my Uncle Ken Short-Smith’s 1957 Series I Land Rover.

We caught a lot of trout up in the Ox Bow. Uncle Ken’s little Land Rover took us to places where trout with nicknames like “The Submarine” swam in pools so deep the sun never reached the bottom.

That’s when I first fell in love.

With that little stubby-arsed metal brick, the Land Rover.

Land Rover have just launched a new vehicle that they are calling a “Defender”.

When you travel slowly through Africa in an old Land Rover, there are many lessons you learn. Glue a dishwashing sponge to the driver’s door to pad your knee. Put an extra cushion on your seat to soften the blows to your arse. Lower the tyre pressure for a softer ride. Don’t drive with your elbow out the window in thorn bush country. Pop-rivet fine wire mesh over your air vents to keep out tsetse flies.

An hour later we were up to our axles in sand, our petrol was vapourising in 42°C heat, and the carburettor shut down as it was throttled by vapour lock after vapour lock.

So we sat in the shade and waited until the long shadows moved in and it was cool enough to dig. We battled out and reached the Kavango River where our Namibian friends were waiting with cold beers.

“Hey guys,” Theuns shouted as we drove up, “nice track hey? No problem in a Land Rover.”

So this is a love song to old Land Rovers.

You may not have a 12.3-inch digital instrument binnacle or a 10-inch infotainment touchscreen with over-the-air software updates.

But you will still be part of the African landscape long after the new Defender has gone off to that great recycling depot in the sky – even if it is as a wheel-less hulk being used as a spaza shop in the forests of the Congo.