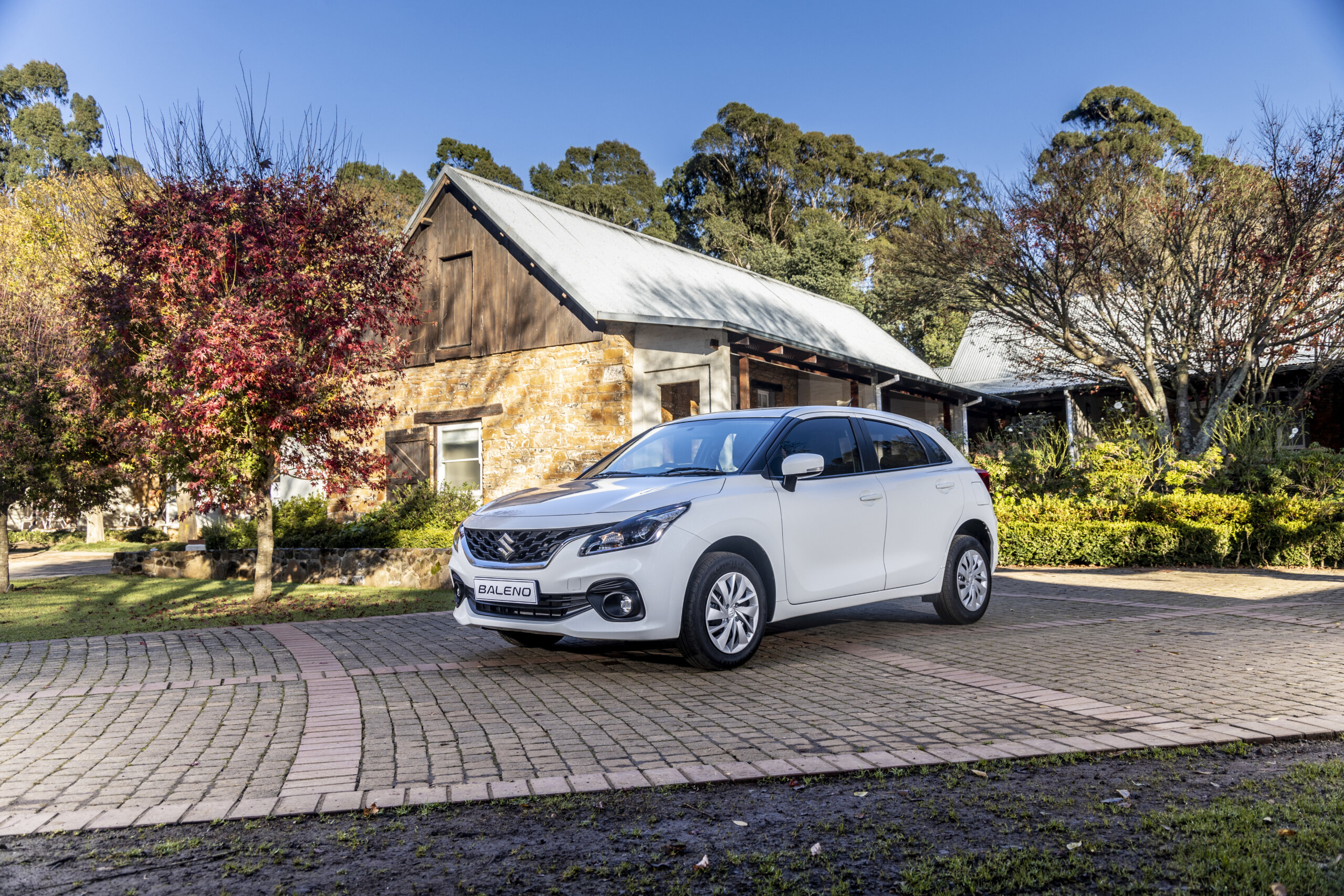 This is the second generation Suzuki Baleno to grace South African shores. And my is it a good ‘un as I’ll unpack a bit later. The new one does however come with some fairly stiff competition in the form of the Toyota Starlet.

You see the Baleno comes out of the same factory as the Toyota Starlet (the Maruti Suzuki factory in India). The two cars are literal twins and whilst Miles drove the Starlet at its launch (at the same time I was driving this one at it’s launch) I can picture Miles rabbiting on about the legendary badge that is Toyota and all the dealer support and decades of dominance that comes with it.

At the same time, he will no doubt have a mental image of me doing exactly the same, only in terms of bang for buck the Baleno has the Starlet beaten – more features for less cash.

Anyway, let’s delve into what the Baleno is offering as opposed to an A/B comparison which I am sure many others will cover in gory detail.

The Baleno comes with a 1.5l normally aspirated engine (77kW, 138Nm in 920kg of car) mated to either a 4 speed auto or, in my opinion, a more palatable 5 speed manual. You get two trim specs – either GL or GLX.

Pricing starts at R225k for the 5 speed manual GL, R245k for the GL auto, R275k for the GLX manual and finally R295k for the GLX auto. The one to have is the R275k GLX manual because for the extra cash you get a heads up display, 360 degree parking camera, a 9” infotainment screen as opposed to the 7” in the GL and a better sound system.

Additionally, the GLX has extra vehicle safety alerts, additional airbags and creature features of additional lighting and a 4.2” customisable digital display detail on the dashboard. Keyless entry and an auto dimmable rear view mirror finish it off neatly.

Both have AAACP (Android/Apple) and rear view cameras. The boot is human sized at 314 litres and it will take 4 adults in surprising comfort which is more than perhaps the Conquest might have been able to claim without blushing a little. Of course 60/40 split folding seats take load space to over 1,000 litres should you need it.

On launch, at the coast in KZN, the normally aspirated motor pulls willingly if not rushing towards the red line with boundless enthusiasm. Overtaking is an event best planned, but need not be too far in advance at legal limits. Handling on compromised roads was good and instils confidence – with road noise on the worst roads in South Africa for this (the stupidly corrugated lengthwise wake you up from a coma stretch of tarmac between PMB and Howick) being about the only thing to intrusively irritate the cabin. Indicated fuel economy is majestically Suzuki’esque – frugal, running as we did around 6.4l/100 in fair to medium driving.

It may be a little soon to claim victory for the humble hatchback segment in surviving the onslaught of the entry level cross over SUVs in the SA market but the Baleno is not trying to be anything other than what it is. There are still patently excellent reasons to own a hatchback in SA and the Baleno ticks every box on the list.

Look at the prices again. The value for money factor here is really high. And it is compelling for selection onto your short list.