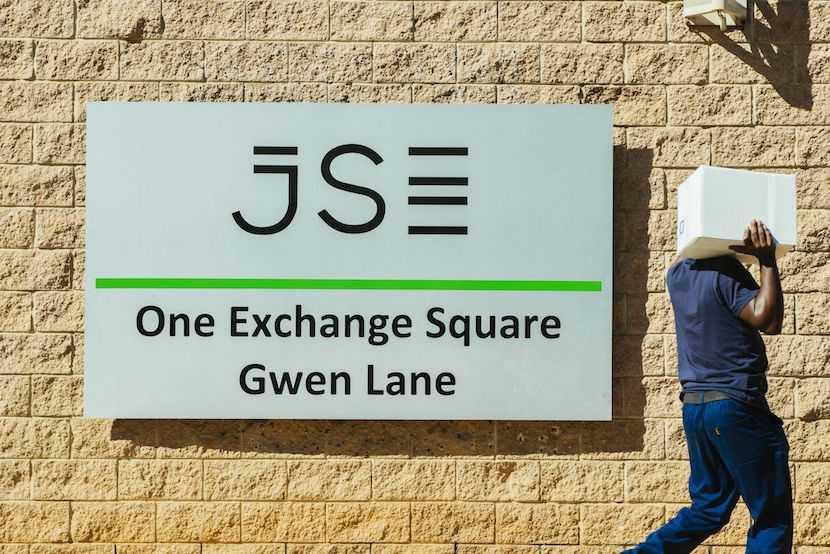 In his supplementary budget speech in June, Finance Minister Tito Mboweni sets out the plan to forge a “new economy” to pull South Africa out of a deep, dark hole. Even then, the Covid-19 virus was forecast to set the South Africa’s economy back several years. The finance minister even rescheduled today’s budget update two weeks ago to assesses the implications of President Ramaphosa’s economic recovery plan, which has been described as highly ambitious and “a letter to Santa“. South Africans and investors alike want to see action, in the form of structural reforms, to both bolster economic growth and create much needed jobs. To quote Casparus Treurnicht of Gryphon Asset Management, “the speech was a non-event, only confirming that we are in deep trouble.” – Lindiwe Molekoa

Johannesburg’s benchmark index sank 3.3%, the most since March 27, with just nine out of 141 stocks managing gains as the market closed at a four-month low. Major diversified miners Anglo American Plc, down 5.1%, and BHP Group Plc, down 3.2%, were the heaviest drags on the market, reflecting investor concerns about the outlook for the global economy. 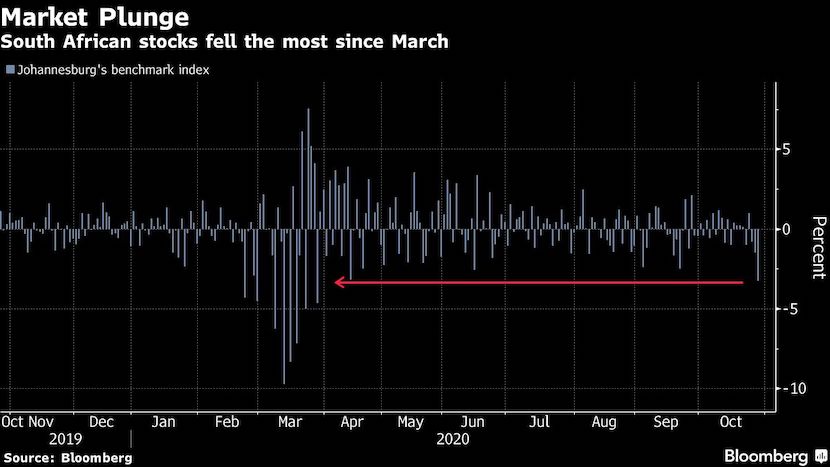 “Equity markets and the rand had moved stronger over the past few weeks, but it looks like the realization that both the domestic and external environments remain quite challenging have resulted in most of those gains being given back today,” said Peter Takaendesa, head of equities at Mergence Investment Managers in Cape Town.

The rand dropped as much as 1.8% against the dollar, also the most since Sept. 21, as emerging-market currencies weakened.

“With a stronger dollar and negative sentiment around the South African budget, the rand was due to be on the backfoot,” said Matete Thulare, a Johannesburg-based analyst at Rand Merchant Bank.

The falling rand dragged the index of bank stocks down 4.5%, the worst day for the sector since August.

The mining index fell 4.6%, the most in more than five months.