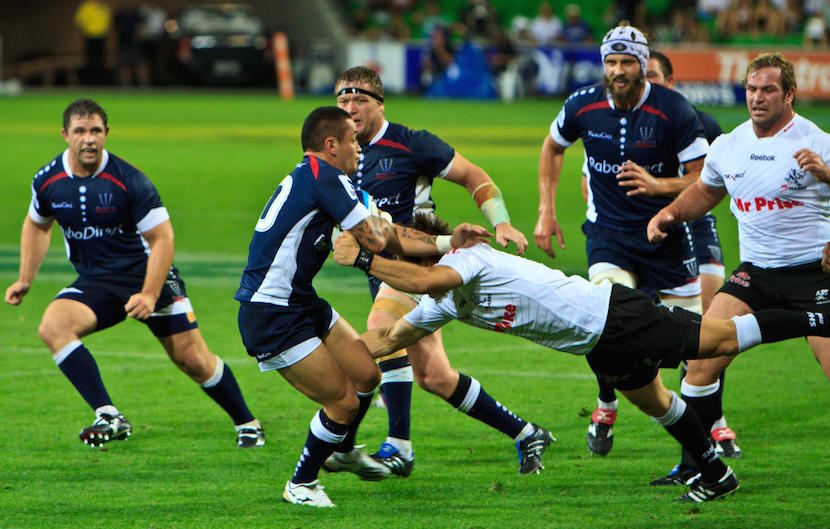 Rugby is a religion in some parts of the world. Pietermaritzburg is one of those places. From Prep School days, our winter weekend highlight was to be at Woodburn Stadium Saturdays watching club rugby, occasionally spotting national heroes like Tommy Bedford, Laurie Sharp and Rodney Gould (names that still stick half a century later). As with those from Pretoria, Cape Town and Bloemfontein, such early indoctrination creates a deep loyalty to the provincial team that remains no matter where you end up living. So it’s a delight to read the country’s top sports writer tip that your side is poised for a great season. Especially after a particularly poor one. Indulge me. – Alec Hogg

Cape Town – Just a few weeks out from the start, you will struggle to find neutral bookies tipping a South African winner in Super Rugby 2016 with any degree of enthusiasm.

There hasn’t been one since the Bulls in 2010, after all, and rugby in our country is more bedevilled than ever by currency weakness, triggering major exoduses of quality players to European or British clubs.

Throw in the controversial expansion of SA franchises to an unprecedented six this year – meaning a wider dispersal of personnel who do remain – and it becomes even tougher to envisage the five-year title drought being broken in a significantly expanded competition.

You can understand a lukewarm feeling in betting shops around the prospects of the Sharks, who ended an innocuous 11th overall last season and fourth in the SA pecking order; they are generally backed to finish only slightly higher in competition-wide terms in 2016 and behind both the Stormers and Bulls (at least) domestically.

But that disdain for their chances may well suit a team who have restocked their squad reasonably shrewdly and clearly done a fair bit of honest soul-searching, too, in the wake of glaring under-delivery with some creaking and sometimes cantankerous troops in 2015.

At least at this stage, many of their more patient and understanding fans would probably just be glad to witness significant signs of improvement and not be too obsessed with any concerted push just yet for the grand prize – something that will ease pressure on the players and keep a remoulding unit with a not-too-demanding “dangerous underdog” tag.

They have a bright new skipper in popular local lad and talented flyhalf general Pat Lambie, with back-up as deputy and pack leader from that loose forward with the astoundingly tireless engine, Marcell Coetzee.

It may take them a bit of time to get used to the void left by such once-staple, strong-willed figures as Bismarck and Jannie du Plessis in the front row – don’t whisper it too loudly, but might that improve discipline and even collective harmony? – and the behemoth Willem Alberts.

But there is also a case for venturing that a new chapter might even begin surprisingly slickly and productively.

Certainly some of the squad additions offsetting the departures, including fullback talisman Willie le Roux and two particularly physical forward specimens in Coenie Oosthuizen and Jacques Potgieter (the latter historically less injury-prone as a blindside flank than Alberts) have the potential to be influential and quite quickly so – they hardly lack the necessary know-how in Super Rugby.

There are specific areas of the park where the Sharks look terrifically stocked, including the back three (Le Roux, JP Pietersen and Lwazi Mvovo will be a major handful together), and at crucial “nine and ten” where Lambie and Cobus Reinach combine established partnership synergy with respective X-factor.

Don’t under-estimate, either, the revelation very recently that Springbok-capped whippet Keegan Daniel has returned to the fold; he will provide timely balance to their loose trio with his pure speed, and linking and opportunistic breaking ability.

Ahead of his recapture, I suspected that the Sharks, while blessed with earthy aggression and industry through players like Coetzee, Potgieter, Jean Deysel and Renaldo Bothma, might rue the absence of a more “run-around” loosie … now Daniel ticks that box very conveniently.

The Sharks should also hit the ground running – and thus be considerably too strong for the strife-torn Kings in their first assignment in Port Elizabeth on February 27 – considering that their pre-season entails successive games in France against Toulon and Toulouse, two teams already in the midst of the northern hemisphere campaign who should rapidly swat any cobwebs off the visitors.

This year’s Sharks will certainly possess a considerably less “geriatric” look and feel than they had in 2015, and that is a very good start.

I’m not going as far as to shout out that they’re set to finally win Super Rugby for the first time.

But they’re just about equipped, I believe, to give it a better stab than some may imagine. – Sport24