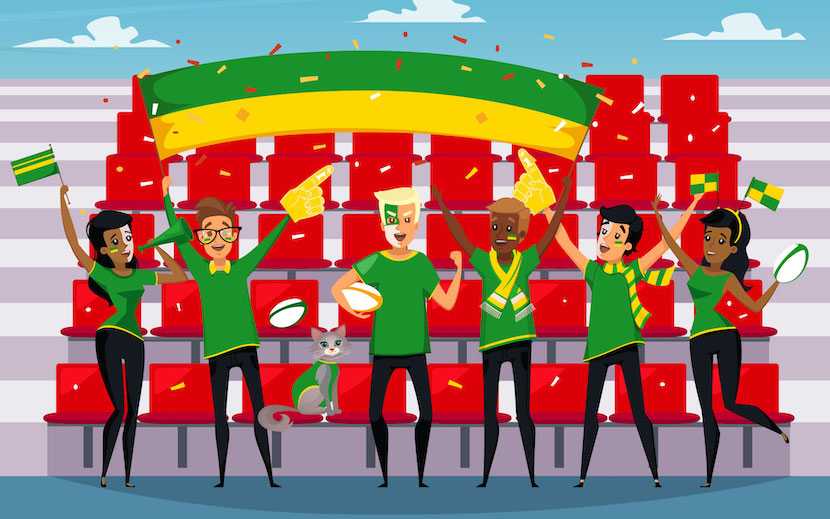 On the eve of the Rugby World Cup, setting the scene for a hard-fought, hoped-for victory by the Boks, a university team from Cape Town claimed their own global crown, in a city of millions that is almost eerie in its orderliness.

The cards have fallen spectacularly for Springbok coach Rassie Erasmus in this Rugby World Cup. Losing to the All Blacks in their first game was a masterstroke of note, but there can be no denying the meticulous planning that has gone into a game-plan that has the men in Green and Gold a win against Wales away from a final. (The Springboks went on to win the final against the English)

One hundred and twenty six million people live in the host country, Japan. That’s more than double the 56-million people that live in South Africa. Almost 40-million live in the Greater Tokyo Area, making it the most populous metropolitan area in the world. With that many people, it should be a place of total chaos. Yet the complete opposite applies.

Having recently taken part in the World University Rugby Invitational Cup, as forwards coach to the UCT Ikey Tigers, who went on to defend their title with a 17 – 3 victory over Bordeaux, I got up close and personal with this truly unique culture.

Shibuya Crossing, said to be the busiest intersection in the world, is like a giant beating heart, sending people in all directions with every light change. More than 2.4 million passengers pass through the station each day, often at around 2,500 people per crossing.

And mostly in eerie silence. No shouting and screaming. No pushing and shoving. Instead, via a respectful and orderly wait for the green man.

On streets you could eat Ramen noodles off, you will never hear a mobile phone ring. If taking a call, it’s done in an almost embarrassed manner in a little corner. On trains, passengers are reminded that sound can “leak” from headphones, and are thus asked to set the volume accordingly.

All of this orderliness It does make for a slightly clinical existence, though. We were asked to turn the music down in our changing room before a game, and the post-match singing was met with a good few tut-tuts.

Given the huge difference in cultures, the lack of English signage, in Japan, and having to make use of public transport to get to our destinations, with the tournament was spread across five different, there was potential for proper chaos.

Our solution: Star Trek level WiFi.  It’s unbelievable to see how reliant we have become on WhatsApp. Not only for social reasons, though. Entire rugby campaigns get built on it.

So when uber-manager Raun Billett handed us our MiFi dongles, each loaded with 1000GB of data, it was as if Father Christmas had come early. Who cared that our room at the 1964 Olympic Village we were staying at was smaller than Kobus Wiese, or that we had just spent 30 hours getting there? We had WiFi!

It proved to be a master stroke. Not even Stephen Fry could navigate a change from the green to blue line at Shinjuku station without the help of Google Maps.

Gone are the days of the manager having to slip a piece of paper under each team member’s hotel room door each night, with that day’s agenda. Instead, the constant beeping and vibrating of mobile phones: Beep, beep, a pic of one of your team mates making merry at a sushi restaurant; drop a pin, Bru, looks awesome; Beep, beep, a pin that opens Google Maps at the venue; hit directions, get on a train or into a cab, and Bob’s your uncle, you’re smashing all-you-can-eat sushi for under R300.

It allowed us to be less structured. And it allowed for much more “Tommy the Tourist” type activity on days away from rugby. Fewer morning planning meetings over breakfast. Fewer opposition analysis meetings, as that got done via Skype or Google Hangouts.

With everything happening on the fly, it can feel helter skelter, offering up multiple options. Sometimes too many, perhaps? I missed the regular evening meeting at the local pub, and it does see a little more splintering of the group, which is fine, as long as it does not lead to cliques.

We cooked Kobe beef on a Hibachi braai. We had music on the bus, via a team playlist linked to the sound system by Bluetooth. In addition to sipping from the trophy, we took in the Bok game against the All Blacks at the Yokohama Stadium.

We coached young children trying out rugby for the first time. We ate directly from a recently caught tuna at the Tokyo fish market. And we had a team dinner at a restaurant that will never be the same again. Ever.

Helped by technology, it was brilliant to see the guys hitting their straps between and outside the white lines. I’m guessing that not only were memories made for life, but friendships, too.