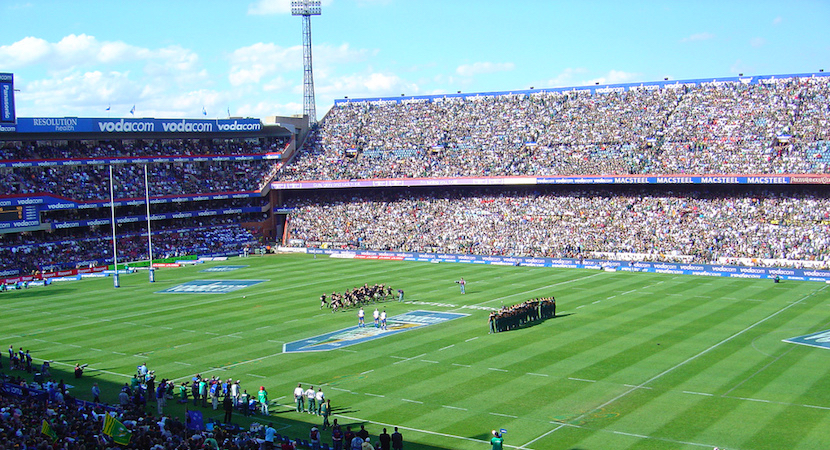 You can expect Newlands to be packed to the rafters when South Africa take on Scotland in their first rugby Test of the season in July. Not only will the match be the Springboks’ first Test match as World Champions, but it’s also the last time an international rugby match will be played at the famous, yet ageing stadium. The nostalgia will be oozing out of every splintered stand, but rugby has outgrown the southern hemisphere’s oldest Test venue. Cape Town Stadium is the future home for rugby in Cape Town. While there will be plenty of fond memories, the fans will move on – just ask the Spurs and Arsenal fans who bade farewell to their beloved White Hart Lane and Highbury and then got on with supporting their teams in their bigger, better homes. As World Champions, there might have been an expectation that South Africa would host more exciting opposition than Scotland and Georgia, but the schedule had been worked out in advance of the World Cup. Scotland have kicked off their Six Nations campaign with a loss to Ireland. They’ll have to raise their game significantly if they’re looking to strike fear into the hearts of Springbok fans. Georgia, who have played at the past five World Cups, are ranked 13th in the world. They have only won five of their 20 World Cup matches (including a defeat to South Africa in 2003, going down 19-46). But they have been successful in the Rugby Europe Championship (or Six Nations B, if you like) for second- and third-tier nations, winning eight times in the past nine years. They will also field a team in this season’s Currie Cup. – David O’Sullivan

The Springboks will bid an emotional farewell to DHL Newlands in Cape Town in July, and will face the All Blacks in a brand-new venue in September, after SA Rugby confirmed the host stadiums for the Boks’ six home Tests in 2020 on Tuesday.

All three the Castle Lager Rugby Championship matches – against New Zealand, Australia and Argentina – will take place up north, while the three Tests in the Castle Lager Incoming Series – against Scotland and Georgia in a new Test window in July – will be hosted on the coast.

In what will be a final international at the oldest Test venue in the Southern Hemisphere, DHL Newlands in Cape Town will host the Springboks for their first match since their memorable triumph over England in the Rugby World Cup Final in Japan last November.

The two-match series against the Scots kicks off on Saturday 4 July in Cape Town, with the two sides meeting again a week later at Jonsson Kings Park in Durban.

That is followed by a historic first home Test for the Springboks against Georgia, at the majestic Nelson Mandela Stadium in Port Elizabeth on Mandela Day (Saturday, 18 July). The Friendly City traditionally pulls in very good crowds for Springbok Tests and the Boks can look forward to another good turnout against the Georgians.

The Springboks will also defend their Castle Lager Rugby Championship title, which starts with a match against Argentina at Emirates Airline Park in Johannesburg on Saturday, 8 August.

The away match against the Pumas on 15 August is then followed by a visit to Australasia for the away fixtures against the Wallabies (29 August) and All Blacks (5 September) before the Boks return to South Africa for two home fixtures to complete their 2020 campaign.

Loftus Versfeld in Pretoria will host the Springboks’ clash with the Wallabies on 19 September, where the Australians have yet to register a win against the men in green and gold, after which the highly-anticipated Test against the All Black will take place a week at the Mbombela Stadium in Nelspruit, on 26 September.

“The Springboks had a fantastic season last year which resulted in successes in both the Castle Lager Rugby Championship and the Rugby World Cup and we saw the passion for the Boks from all South Africans upon their return from Japan,” said Roux.

“There is a huge amount of excitement amongst our fans to watch the Springboks live in action again in our own backyard and this year’s home schedule will give them just that, starting with a farewell to DHL Newlands in the first Test against Scotland, a historic clash with Georgia before the defence of the Castle Lager Rugby Championship gets underway and we finish off by taking the All Blacks to the Lowveld for the very first time.”

Ticketing information and kick-off times will be communicated in due course.

The Springboks home Test schedule for 2020: