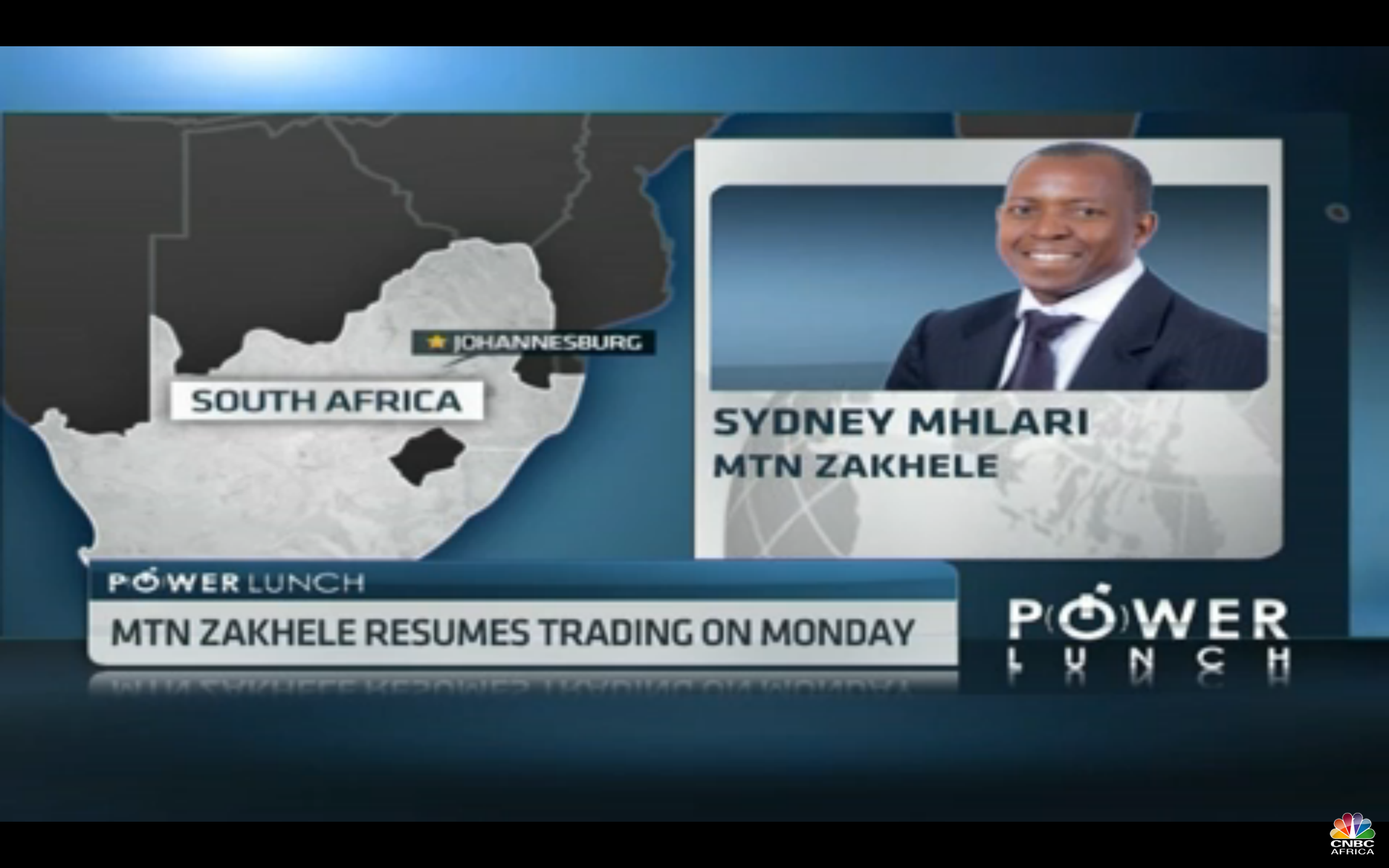 Since 1 November, MTN Zakhele shareholders have been encouraged to register ahead of being able to start trading their shares last Monday. An aggressive media campaign was also launched in the run-up to the Big Day. On Biznews.com we ran a story about how the new BEE share listing was due to enjoy vibrant trading.  Unfortunately, it turned into a disaster. After a couple of hours, the systems collapsed. The techies tried overnight and opened up for trade again on Tuesday but this time the blue screen showed up even quicker. MTN Zakhele’s spin is that demand from shareholders was so great the trading system was overwhelmed. But the volumes traded are little more than a good day’s activity for the established, home-grown BEE share trading platform Equity Express which the MTN Zakhele directors preferred not to support.  Hardly a Proudly South African moment, and an especially ironic one when one considers the spirit behind BEE share schemes. Spokesman Sydney Mhlari told us in our CNBC Africa interview below that the directors opted instead for an offshore service provider, Velocity Trade. From what I could find, the foreign firm has never done this kind of thing before. Brendon from Velocity posted a comment (see below) pointing out that I am mistaken. His update is awaited with interest.  Velocity’s website says it has experience in providing operating platforms for Foreign Exchange and CFDs trading. That’s a world away from an over-the-counter equity market, to say nothing of the added complexity involved here to ensure all participants are from a defined racial group. You have to wonder what possessed MTN Zakhele chairman Thulani Gcabashe and his directors to take this kind of gamble on the most important day in MTN Zakhele’s life. Hopefully it’s nothing sinister, but the result only of ignorance and Velocity’s obviously superior salesmanship. The big test comes tomorrow when the trading system opens again after a five day re-boot. For the sake of everyone concerned, let’s hope this time the foreigners actually get it right. – AH

GUGULETHU MFUPHI:  Trading in the three-year-old R14 billion scheme of MTN Group was suspended yesterday as both the online trading platform as well as the call centre were overwhelmed by volumes on the first two days of trade.  Sydney Mhlari, who is from MTN Zakhele, joins us now on the line. Sydney, looking at the overwhelming response to the trading platform MTN Zakhele being opened on Monday: this is unprecedented.  It’s never happened before with regard to trade on a BEE scheme.

SYDNEY MHLARI:   It has done extremely well since its launch in 2010 and that’s the reason for the demand as well as the new people being interested in buying the shares.

ALEC HOGG:   Yes, but Sydney, 93 000 shares traded, R8m in the first day. On the Johannesburg Stock Exchange so far today – R120m, in other words nearly 15 times as many shares were traded in MTN.  What happened to your systems?

SYDNEY MHLARI:   This is not the JSE.  It’s a specifically designed platform, especially created to cater for MTN Zakhele’s purposes, so it had to be scaled appropriately.  Unfortunately, the scaling didn’t anticipate the surging demand, so we had to suspend the trading temporarily until capacity can be increased so that the shareholders can be accommodated and they can trade without hiccups.

ALEC HOGG:   Who’s doing this for you?  I ask this because there’s a perfectly good over-the-counter BEE trading system that operates very efficiently called Equity Express.  Why did you decide not to use them?

SYDNEY MHLARI:   Well, the companies that are providing the services in a joint venture with a company called Velocity Trade Financial Services that has been appointed by the directors to provide the platform.

ALEC HOGG:   But who are these people and have they had experience in this before?

@alechogg Who gets the kickback per transaction executed? Board members?

ALEC HOGG:  And how come they got this one so wrong?

SYDNEY MHLARI:   Well, as I said Alec, the system works and functions exactly as the numbers that you mentioned over those two days, but the scaling of that system unfortunately, was a little bit under-capacitated.

ALEC HOGG:  But it’s more, Sydney, you have many shareholders in this.  They’re excited about the opportunity.  You get one bite at the cherry and now I suppose people are going to be a little disappointed.  You have to be looking at your own systems and saying, ‘my goodness, we made a mistake’.

SYDNEY MHLARI:  Absolutely, there’s no hiding from that and that’s exactly what we’re doing, trying to scale up the capacity.  We hope that it will give us a second bite at it.

ALEC HOGG:  So the good news is that you are going to be back online on Monday.

ALEC HOGG:  How confident are you that the systems will then be able to handle the capacity?

SYDNEY MHLARI:  Well, that’s part of the process.  The technical team is working around the clock in order to do that, as well as to reset, to make sure that it will be able to handle the capacity.

ALEC HOGG:  You didn’t answer my original question, which was ‘why didn’t you use Equity Express’?

SYDNEY MHLARI:  Well, I don’t want to go into details, but those decisions were made by the Board after considering a variety of factors.

GUGULETHU MFUPHI:  Sidney, just coming back…in the days that the market will be closed for, will you be losing any money, and if so, how much?

SYDNEY MHLARI:  No, we will not be losing any money in the days during which the market is closed.

From the Velocity Trade website: Velocity Trade is a global provider of physical foreign exchange and leveraged trading services for institutions, corporations and broker-dealers. With services that include very competitive prices in spot, short and long-dated forwards, SWAPS and options, the company has consistently transacted in excess of 5 billion dollars monthly since its 2008 launch. Velocity Trade offers direct dealing access through its desktop trading application that provides transparent and real time market executable prices. Clients are supported by offices in major trading centres throughout the world, including Toronto, Montreal, New York, London, Sydney, Auckland and Cape Town.