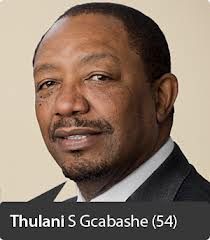 The MTN Zakhele saga is sure to generate plenty of research papers among academics in university Communications Departments. On how NOT to do things. A heavy investment in pre-listing marketing completely wasted as trade had to be suspended after a couple hours on the opening Monday. Even bigger mess on day two. A promise to resume trading the next Monday. When that arrived, an admission the platform still wasn’t ready, but wait for Thursday. And today the chairman is forced to crow once again – apologising, pleading for patience, asking for another two weeks. You’ve got to wonder what recriminations are going on behind the scenes. But in public, it’;s a united front. Nobody’s taking responsibility. Certainly no resignations. There’s even support for the auditors (PWC) who apparently gave a clean bill of health to the obviously inadequate trading system. Lots of lessons. The 120 000 MTN Zakhele shareholders will now be hoping that the platform actually works on the 17th. And that those selling will be able to actually get their hands on the cash before Christmas. – AH

GUGULETHU MFUPHI:  MTN Zakhele has announced its shares will resume trading on Tuesday December 17th.  They will trade via the online platform as well as the call centre, provided system changes and testing processes prove successful.  Joining us now on the line to explain more is Chairman Thulani Gcabashe of MTN Zakhele.  Thulani, looking at the commencements dates of – hopefully, once the tests prove successful – the 17th of December, it’s rather odd timing.  I take it you’ll naturally see low volumes of trade there as many South Africans will be away on holiday.

THULANI GCABASHE:   Good afternoon Gugu, that is quite correct.  We have not selected that merely as a date.  We have looked at what is probably realistic in getting all of the current work finished, and then allowing more time – enough time – for thorough testing, particularly on the load and the stress side of the system.  The best forecast we have at the moment, therefore, is for the 17th.  Should it happen earlier, we will come back earlier.

GUGULETHU MFUPHI:  Looking at your trading platform, you are with Link Market Services, a new player in the market.  Are you still working with them, or will you potentially move to Equity Express?

THULANI GCABASHE:   No, we’re working with the same providers.  It’s actually a consortium.  Link Marketing leads the consortium, but we also have STT and Velocity and to some of them looking at the front end, and others at the back end.  The problems we’ve had, as I’ve tried to outline are really around congestion – mainly at the front end – where, because of the interests, there are many users trying to get on at the same time.  What we’re working on is trying to create capacity for that to happen, without altering any of the security features, because with cybercrime being what it is, we don’t want to look at any of the security features.  We’re just focused on increasing capacity so that congestion does not become a problem.

ALEC HOGG:   Thulani, what’s the story with PWC – Price Waterhouse Coopers?  The last time we spoke with you, you said that the auditors had given the trading platform an all clear.  What do they say now?

THULANI GCABASHE:   Well, they’re quite involved in the testing.  As you’d imagine, as you modify, they’re working with the team doing the testing.  I think the issue is, the system worked perfectly with certain volumes, and we ended up with much higher volumes and also just the sheer congestion on both the call centre and the platform itself – those are beyond the conditions it was tested for, so there is no functionality problem.  It’s really just the volumes.

ALEC HOGG:   Your friend KK Combi, who is also on the board – Thembeka Capital is his company – and Simeka Group: these are big investors.  They have allocations, no doubt, for the capital that they were hoping to unleash from MTN Zakhele.  How do they feel about what’s happened here?

THULANI GCABASHE:   Well, I think all our shareholders and potential new shareholders are clearly frustrated, and we understand.  We apologise.  We really just want to make sure that what we give back is going to be robust, regardless of the volumes that come at it.  That’s really where the focus of our work has been.

ALEC HOGG:   Why didn’t you use two platforms?  Surely, that’s the smart move in this.  You already have an existing one in – as Gugu said earlier – Equity Express.  Why not give them some of the business, and give the new guys that you’re just starting off with some of the business.  What was the thinking at the board level of just going with one brand new operator?

THULANI GCABASHE:   It’s a consortium of people who have been in operation – mainly.  I think Alec, we have to review the many consequences for different approaches that may be taken, and all of those are under consideration.  For the moment, the resources have been beefed up around the technical team, we believe that we will have the system, and that clearly, is the best solution.

GUGULETHU MFUPHI:  Thulani, just a word for some of your investors – no doubt some of them are watching – from you as the Chairman.

THULANI GCABASHE:   We are going to ensure that we deliver a system that is robust so that when trading resumes, we don’t see similar problems.  That is really our priority, as a board.  We will not go back onto the market if, for any reason, we’re not convinced that the system will be robust.

GUGULETHU MFUPHI:  Well thank you so much to Thulani Gcabashe, Chairman of MTN Zakhele.