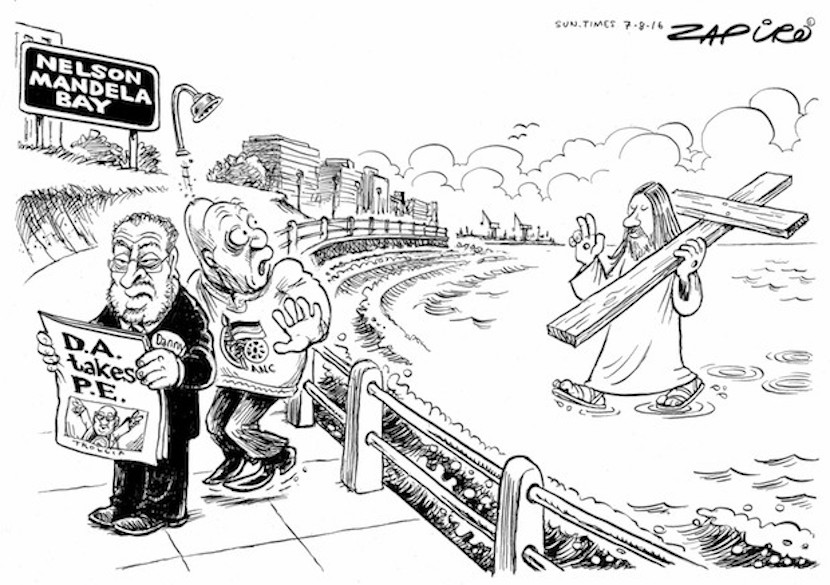 Like many other South Africans, I got caught up in the excitement as the results trickled through after last week’s 2016 municipal elections. And like many, I was confused by the complexities of how the country’s unique electoral system works – specifically the intricacies of its proportional representation system. UCT professor, constitutional expert and fluid blogger Pierre de Vos provides the ideal antidote for such ignorance. The superb article below republished with permission from his Constitutionally Speaking blog answers those questions South Africans will be asking as their country enters a new era of competitive politics – with coalitions at 27 of its metros and municipalities. – Alec Hogg

What happens once the votes are cast and all the ballots are counted in the 2016 local government election? Is the party who obtained the largest number of seats in a council legally entitled to elect its candidate as mayor – even if that party did not win an outright majority of seats on the council? And how will coalitions work? In what follows I attempt to answer these questions.

Question: How will seats be allocated in each municipality?

In an election for a metro council, or for a local council that has wards (which I will focus on), each voter has two votes. This means most voters in a local government election will fill in two ballots – one for a ward candidate (who may be a member of a political party or an independent) and one for a political party list.

Some Twitter comments show people don't understand what's a coalition. 1994-99 ANC and IFP were in coalition govt in KZN -while still at war

A party who wins a disproportionate number of ward seats will therefore be allocated far fewer list seats than a party who won a disproportionately low number of ward seats. The formula to determine the exact number of seats for each party is rather complicated, but to simplify somewhat, in the end each party will have more or less the proportion of seats in the municipal council equal to the percentage of the total votes cast for them (in the two ballots) in that municipal council election.

So, for example, if a party received a combined 60% of the total number of votes cast for their ward candidates and for their party list, they will end up with more or less 60% of the seats on the municipal council – even if the party won 80% of the ward seats in the elections.

Question: What happens after the final election results are declared?

In terms of the Local Government Municipal Systems Act, a municipal council must meet within 14 days after the municipal council’s election (that is, the day the IEC declares the final results) and at this meeting the first order of business will be the election of a speaker from among its members.

A municipal council by resolution may remove its speaker from office with the support of a simple majority of council members. This might occur if the balance of power in a council shifts because a coalition government collapses. However prior notice of an intention to move a motion for the removal of the speaker must be given.

——-> @MmusiMaimane "@Unathi_Kwaza: A coalition with ANC is like someone trying to get on the Titanic while it sank…"

Municipalities can be organised in terms of an executive committee system in which each party is proportionally represented in the executive committee. However, few municipalities, if any (I do not have the statistics at hand), have opted for this system which in essence requires power-sharing between political parties.

Instead, most municipalities have opted for the executive mayor system. In this system, once the speaker is elected (but this must happen within 14 days after the final determination of the election results), the members of the council must elect an executive mayor in the same manner than it elected a speaker.

This means a municipal council must elect an executive mayor with 50% plus one of the votes in the council. The executive mayor can also be removed from office in the same manner as the speaker.

If at this next meeting the two candidates again receive the same number of votes, the person presiding at the meeting must determine by lot who of the two candidates will hold the office for which the election has taken place. This means that in a council split right down the middle, the group of parties who govern will ultimately be decided by the flip of a coin (or some such method).

Question: What happens if no party obtains a majority of seats in a municipal council?

If no party wins a majority of seats in a municipal council which has opted for an executive mayoral system, the largest political parties in the council will obviously attempt to form a formal coalition with other political parties or independent councillors to secure a governing majority.

Read also: Zille: ‘No general rule on coalitions but we’re quite good at it’

Such a coalition will usually agree on who to support when voting for the speaker and the executive mayor (and the deputy executive mayor where a municipal council has been given permission to elect one). They will also agree beforehand on the composition of the mayoral committee.

A coalition will usually also agree on the broad policy objectives of the new municipal government. If a coalition is formed and then collapses because one or more of the parties whose support is required to maintain a majority in the council withdraws from the coalition because it disagrees with the policies the municipal government pursues or with some actions of the executive mayor or mayoral committee, the speaker and mayor can be removed and a new coalition can be formed with the election of a new speaker and executive mayor by the council in the manner explained above.

Question: But what happens if no party wins a majority of seats in a council and no coalition is formed?

As an executive mayor and a mayoral committee have extensive powers to run a municipality, it will usually be in the interest of smaller parties to form a coalition with one of the large parties, as this will give them more direct say in the governing of the municipality. However, such a move may be politically fraught as the supporters of a smaller party might feel betrayed by their party forming a coalition with another party whose values are too different from their own.

If no coalition is formed, it will at first be necessary to form a minority government because a municipal council may dissolve itself only after at least two years have passed since the council was last elected and only when two thirds of council members support a motion to that effect.

Question: What happens if a coalition collapses or if smaller parties withdraw their tentative support for the speaker or mayor?

When this happens the speaker and the executive mayor can be removed from office by a simple majority vote by councillors. A new coalition can then be negotiated and a new speaker and mayor elected.

Or if this does not happen, minority parties may support the election of a new speaker and mayor without forming an official coalition with any of the larger political parties, in which case a new minority government will be formed.