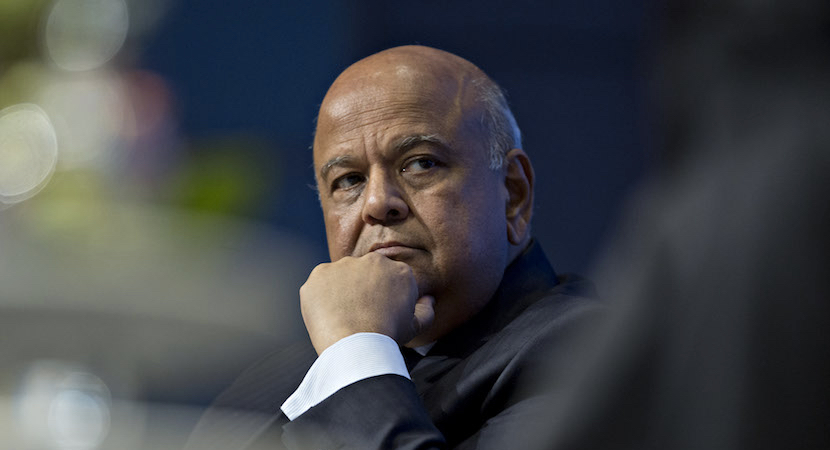 It seems all’s fair in love and war – if the Gupta-owned Oakbay Group’s response to Finance Minister Pravin Gordhan’s declaratory order court application has any credence – and it’s entirely possible it has. Throwing a very large net over a promising-looking shoal of fishy transactions is a time honoured tactic – as is having several stand-by arguments (in the alternative m’Lord) – when using the courts to achieve a longer-term objective. This seems to be the case here as Gordhan applies the FICA rules widely in his legal fishing expedition against the Guptas – who very nearly sank his entire boat with the able help of their presidential friend. It’s part of an all-out war in a very polluted sea and one can hardly blame Gordhan for using the full extent of the FICA laws to flush out the billion-rand fish. Misuse? Probably. Abuse? Perhaps. Dishonest and corrupt? Hardly. The respondents argue that the purpose of the FICA certificate issued against them – to present evidence to the court – makes it invalid because there’s nothing suspicious or untoward about the disputed transactions. The bulk were either ‘unidentifiable,’ or ‘untraceable’ (good book-keeping!), while the remainder were demonstrably lawful and above board. Sounds like it’s going to be a poor catch – but you never know… – Chris Bateman

Cape Town – Gupta-owned Oakbay Investments wants the certificate, listing 72 transactions amounting to almost R7bn that was flagged as “suspicious”, to be disregarded in its entirety.

In an application filed in the North Gauteng High Court on Friday, the company highlighted at least 6 reasons the issuing of the certificate by the Financial Intelligence Centre (FIC) was unlawful.

The 72 transactions, worth R6.8bn, were included in an explosive court application by Finance Minister Pravin Gordhan. He turned to the court for a declaratory order on whether he has the power to intervene with the banks who refused to do business with the Guptas.

The transactions, with amounts varying from R5,000 to R1.3bn, was concluded by the Guptas and various of their companies over the past few years.

Entities in the report include Shiva Uranium and Oakbay Investments. The two companies were involved in alleged “suspicious” transactions worth R968m and R781m. It also showed a R1.3bn transaction involving the bank account of the mining rehabilitation fund for Optimum – the coal mine that was purchased by the Guptas and President Jacob Zuma’s son, Duduzane Zuma.

What the FIC law says

The FIC, by law, is privy to details on all bank transactions that raise concern over the purpose thereof, according to section 29 of the FIC Act. Suspicious and unusual transactions, as defined by the act, include transfers that may relate to the financing of terrorism, the evasion or attempted evasion of tax payments, or transfers that have “no apparent business or lawful purpose”.

“There is nothing suspicious or untoward about these [72] transactions – they were simply flagged in the ordinary course under the FIC Act, together with millions of other innocent transactions, and any attempt to draw conclusions of the impropriety from the certificate is misplaced,” Oakbay Group’s acting CEO, Ronica Ragavan, said as the first respondent in the company’s answering affidavit.

She explained that the director of FIC, Murray Michell, did not deal with the specific information requested by Gordhan. This related to whether the FIC received reports relating to the Gupta accounts, over what periods, in respect of which entities and the amounts involved.

Extraordinary. The Gupta's Oakbay calls Pravin Gordhan a "weak-kneed political [official who is] too scared to take positions".

“Instead, Mr Michell took it upon himself to issue a certificate purportedly in terms of section 39 of the FIC Act and sent it to the Minister on 4 August 2016. The certificate … is sparse in its information and indeed is the very antithesis of the obvious purpose of such a certificate, namely to provide “evidence” upon which a court may arrive at a conclusion.”

The affidavit claimed the issuing of the certificate was unlawful for at least the following reasons:

The affidavit states that on these grounds alone the certificate should be disregarded in its entirety. However, it further pointed out that a number of persons whose names appear on the certificate have been joined in its application.

The right to refute

Ragavan said the publication of the information relating to them is unlawful.

“Should this court not strike out the certificate either as irrelevant or unlawful, or at the very least postpone the application to enable all persons whose names appear on the certificate an opportunity to be joined in this application and to respond thereto, I am advised that I should deal with the information in the certificate as the best I can, although I reserve the rights of the Oakbay Group to deal more fully with the transactions therein once the FIC application has been finalised.”

Noting that Gordhan waited more than two months to file his application,Ragavan was of the view that he was “misguided” in issuing his application in the way he did.

She said Oakbay’s attempts to obtain information about the banks’ closure of its accounts and of the Gupta bothers were futile.

“[T]he banks refused to give any co-operation whilst FIC vehemently opposed the FIC application to access the information purportedly used as a basis to discredit the Oakbay Group and the Gupta Family and to justify the closure of the accounts in question”.

Oakbay submits that the relief sought in the FIC application is warranted. The information which Oakbay wants include, value of transactions, dates, reference numbers, sending party and the originating and receiving banks.

“[I]t would amount to a serious violation of Oakbay Group’s constitutional rights to deny the Oakbay Group the information which it needs to identify the impugned transactions and to clear its name.”

The affidavit added that Oakbay Group appointed a team of independent forensic auditors to show that there was nothing untoward about the 72 transactions. – Fin24