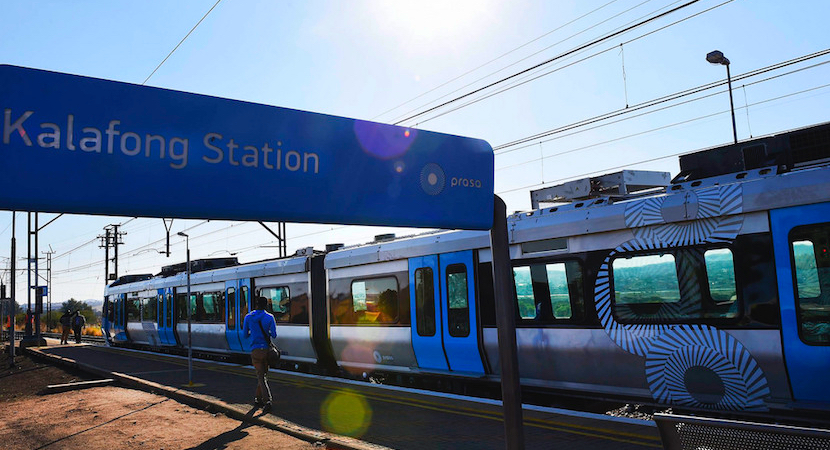 President Jacob Zuma is in the spotlight yet again over allegations of corruption. This time the question has been asked of him whether the ANC accepted an R80m bribe to make sure a contract worth not far off R3bn was awarded in favour of Swifambo Rail Leasing. Last year, the state-owned SABC called the contract the biggest ever tender scandal after the locomotives delivered to the transport agency were found not to be suitable for South African tracks. A Fin24 investigation unpicked details of various transactions, with the trail of money leading to one of President Zuma’s sons and a friend. The ANC denied it took a payment as funds for “the movement”. Now, Zuma has strenuously denied any knowledge of the alleged bribe in Parliament. But who believes him? The modus operandi looks a lot like the one employed by Gupta-linked entities and others, with money changing hands in the close circle around him. And it is a method highlighted by rhino horn traffickers, who have told journalists that the bribes are paid to the wives of ministers. Meanwhile Zuma looks like your regular dirty-dealing African ruler, with international commentators increasingly referring to South Africa as a kleptocracy. Zuma has denied all other charges of corruption. With literally hundreds of corruption allegations stacked up against him and no sign that the President is going to address the additional allegations of state capture and financial irregularity contained in Thuli Madonsela’s state capture report, it’s clear he really doesn’t care what anyone thinks about him – and that denial is the usual line of response. – Jackie Cameron

Cape Town – President Jacob Zuma denied any knowledge of allegations of the ANC’s reported involvement in the Swifambo tender for the procurement of locomotives by the Passenger Rail Agency of South Africa (Prasa).

Zuma was responding to questions in the National Assembly when DA leader Mmusi Maimane asked him in a follow-up question whether the ANC received a “bribe of R80m” to award the procurement of the controversial Afro4000 locomotive to Swifambo Rail Leasing.

News24 earlier reported that the Swifambo paid an amount of R14.3m into the account of a lawyer who had introduced himself as a fundraiser for the ANC.

This transaction by Auswell Mashaba, MD of the Swifambo Rail Leasing, would be the first of several payments totalling R80m that were made by Mashaba to George Sabelo, the ANC-linked lawyer, and Maria Gomes, an Angolan citizen who calls herself a friend of Zuma.

“As ANC president, I don’t know what you’re talking about,” Zuma said in response to Maimane’s question.

“The allegations need to be investigated. I know Prasa has done its own internal investigations on the allegations, but I have no idea how far they are.”

Maimane put it to Zuma that Popo Molefe, former chairperson of the now dissolved Prasa board, stated under oath that the ANC, as well as certain Prasa officials were the recipients of the said bribe.

The DA leader also wanted to know from Zuma if he instructed ANC MPs who are members of the portfolio committee on transport to make a U-turn on a promised inquiry into the disarray at Prasa.

Prasa has been mired in controversy, following allegations of tender irregularities, wasteful expenditure and management problems at company and board level.

Collins Letsoalo, Prasa acting CEO was recently fired by the board, following allegations that he hiked his salary by more than 350%. Transport Minister Dipuo Peters dissolved the board shortly thereafter.

An interim board has since been established, chaired by former SA National Roads Agency boss Nazir Ali was an experienced manager and former General-Secretary of the National Union of Mineworkers‚ Frans Baleni‚ and Xolile George from the SA Local Government Association (Salga).

Meanwhile the former board members have lodged an urgent application in the High Court in Pretoria on Monday to reverse their removal by Peters.

The former board argued that the disbandment could create the perception that the transport minister is seeking to prevent investigations into corruption‚ which is ongoing, and that she is “punishing the board” for its decision to axe Letsoalo. – Fin24

By Pieter-Louis Myburgh and Angelique Serrao

Johannesburg – Explosive claims that implicate the ANC in benefitting from Prasa’s controversial locomotives deal have been made by chairperson Popo Molefe in court papers.

Molefe alleges under oath that the supplier of Prasa’s controversial Afro 4000 locomotives paid R80 million to “entities who were not creditors” of the company after an Angolan businesswoman had insisted that ten percent of the tender’s value be paid to the ANC.

This is contained in court papers filed at the South Gauteng High Court in Johannesburg by the Passenger Rail Agency of South Africa (Prasa) on Friday.

The ANC says it is not aware of any payments received from the implicated company.

“The African National Congress rejects allegations contained in a News24 article…implicating the organisation in bribery and corruption,” the party said in a statement issued by spokesperson Zizi Kodwa.

“The ANC has not received any such funds from the companies concerned and condemns in the harshest possible terms rumour-mongering and the use of the name of the organisation between individuals in their personal deals with no mandate from the party,” reads the statement.

Rapport reported in January that the businesswoman in question, Maria Gomes, admitted that she was a friend of President Jacob Zuma and that Zuma had on more than one occasion visited her at her home in Sandton.

Molefe filed a replying affidavit in response to an earlier answering affidavit by Swifambo Rail Leasing, which won the tender in 2012, in support of Prasa’s bid to have the R3.5 billion contract set aside.

The shocking claim that about R80 million of the proceeds from the Prasa locomotives contract was channeled to the ANC stems from meetings Molefe and other Prasa officials had with Auswell Mashaba, Swifambo’s managing director, after news broke last year that the Spanish-built trains were too tall for South Africa’s rail network.

Money for ‘the movement’

“Mr Mashaba informed us that . . . he had been in contact with a Maria Gomes . . . Ms Gomes told Mr Mashaba that she wanted money for the ‘movement’. Ms Gomes also told him that she knew the bid to supply locomotives to Prasa was worth billions and she could not understand why ten percent of the value of the bid could not be paid to the African National Congress. Ms Gomes was insistent that money should go to the movement,” reads Molefe’s affidavit.

According to the affidavit and its accompanying supporting documents, Mashaba ended up making a series of payments totaling roughly R80 million to Similex, a company of which Gomes is a director, and to lawyer George Sabelo, a business partner of one of Zuma’s sons.

Instead, Popo Molefe appointed Werksman et al to pursue me like wild dogs. I decided then to fight back. The hunter has become the hunted!

“The first alarming feature of this correspondence is the familiarity between Ms Gomes and Mr Montana. For instance, they refer to each other as ‘comrades’,” according to Molefe’s affidavit.

According to the papers, Montana had allegedly also provided Gomes with information on other Prasa contracts.

Molefe claims in his affidavit that Mashaba had said at the meeting that he was also instructed by another businessman with ties to Prasa to “pay some of the money received from Prasa into specified accounts”.

“Mr Mashaba was insistent that he did not know the identity of the beneficiaries and he was merely informed that the money would ‘benefit the movement'”, reads the affidavit.

The ANC says it is not aware of any payments from Similex.

“The ANC is not aware of any such donation from the said company,” said ANC spokesperson Khusela Sangoni.

Annexed to the court papers are financial documents that serve as proof that Mashaba had made such payments, including a “payment schedule” that was allegedly given to Mashaba by Gomes, according to the affidavit.

Prasa has to date paid Swifambo Rail Leasing and Swifambo Holdings, another of Mashaba’s companies, R2.6 billion. Mashaba’s companies have in turn paid R1.8 billion to Vossloh Espana, with which Swifambo had signed a sub-contract with to procure its Spanish-built locomotives, according to the affidavit.

Prasa tries to cancel contract with Swifambo Rail Leasing. Popo Molefe says R3billion must be paid back & locomotives be returned to Spain

Mashaba said he had not seen Prasa’s replying affidavit.

“Upon receipt of the Replying Affidavit of Prasa, Swifambo shall consider it and reply accordingly,” said Mashaba.

In the earlier newspaper report on the payments of R80m, Mashaba’s spokesperson, Vuyo Mkhize, strongly denied that Swifambo’s payments to Gomes related to the Prasa contract.

Swifambo, in court papers filed earlier this year, has expressly denied any wrongdoing in securing the contract from Prasa. In its answering affidavit deposed to by Felipe Massaro, the company’s CEO, Swifambo claimed that the allegations of corruption were based on “inadmissible hearsay evidence”.

* This story has been updated to add comment from the ANC and Mashaba.