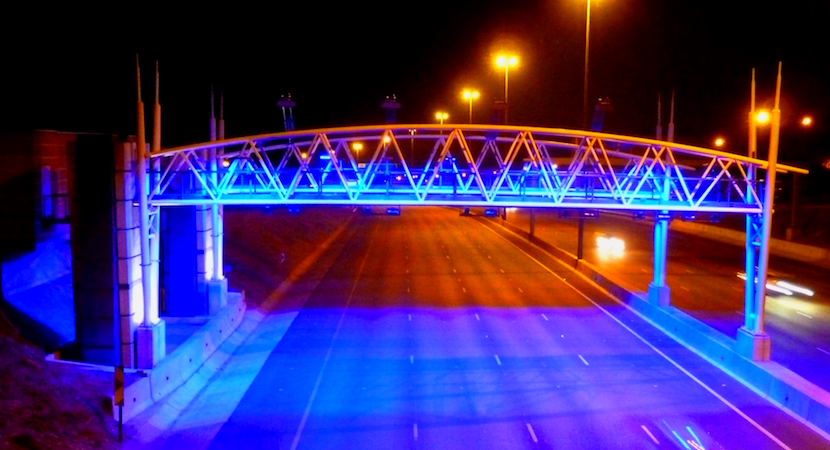 The South African National Roads Agency (Sanral) has claimed a victory in the battle to get motorists to pay e-tolls. Many people have dodged payment on the grounds that they believe it is wrong to levy hefty charges on already squeezed taxpayers and consumers. After taking one e-toll dodger to court, Sanral got a ruling in its favour. Sanral hopes this will pave the way for similar judgments so that it can get collections back on track. However, the Organisation Undoing Tax Abuse (OUTA) is having none of it. OUTA claims that the only reason Sanral was successful in court was because the e-toll dodger failed to respond to the summons, resulting in a default judgment. OUTA has underscored that ignoring a summons for the non-payment of e-tolls could undo the campaigning efforts of the motorists who would like to see a change to the e-toll system. It has promised to take care of the legal details for e-toll defaulters who don’t want to handle their cases on their own. Meanwhile, Sanral denies that e-tolls are excessively high. – Jackie Cameron

Following recent announcements by Sanral that a high court judgment has been achieved against an e-toll defaulter, OUTA would like to set the record straight and to dispel the misinformation and dangerous grounds pertaining to Sanral’s claim.

From the outset, it is important to note the matter which Sanral is crowing about is simply a default judgment obtained against an individual who ignored a summons issued for the non-payment of e-tolls. In other words, there was no legal hearing on the merits or legality of the e-toll scheme and thus, no ruling or formal judgment was provided by a judge.

A default judgment is only possible if and when a person who has received a summons fails to elect to defend. By obtaining a default judgement and then claiming this to be a precedent-setting outcome of e-tolls, Sanral is playing with the technicalities of legal procedures.

This tactic is disingenuous, extremely dangerous and suggests Sanral is attempting to slip through the back door in search of default judgments in order to prevent the merits of the case and the lawfulness arguments being heard in front of a judge. The current test case under development between OUTA and Sanral’s lawyers is where the merits of e-tolling will be challenged, with the necessary facts and issues presented.

In addition to the lack of merits being presented, Sanral’s default judgment has been obtained on a “simple summons” which contains numerous errors, making the technicalities of allowing the default judgment by the registrar of the court, extremely concerning.

The conduct by Sanral to seek default judgments whilst at the same time developing a formal test case is extremely dangerous, in that a default judgment has the potential to push a business into liquidation. This could very well give rise to detrimental ramifications in which people lose their businesses and employees are retrenched, which in itself gives rise to the possibility of triggering depression and even suicide.

“We have to ask Sanral’s leadership and their lawyers if they have given serious thought to the consequences of their actions,” says Ben Theron, OUTA’s Portfolio Director for Transport. “What will happen when Sanral loses a properly defended case on the merits and unlawfulness of the scheme. How will Sanral try to unscramble the egg of businesses forced into liquidation and of people losing their jobs?”

In effect, Sanral is playing with people’s lives and livelihood. They should cease to play these dangerous games with society, more so with a scheme that has clearly failed and one that has mounting evidence of its illegality on the back of so many factors which have come to light on the e-toll decision, evident in the Western Cape case, which Sanral lost in all three courts.

OUTA is now evaluating the need and possibility to have this default rescinded and will inform the public of developments in this regard in due course. Whatever the future, OUTA’s defensive challenge will be heard in court and Sanral will not be able to circumvent this reality.

Until then, OUTA urges the public to not ignore summonses served on them and asks the public to follow the steps provided on their website at www.outa.co.za

All OUTA members reminded to simply send any summons they receive on the non-payment of e-tolls to OUTA and we will take care of the rest. OUTA also urges all legal firms who’s clients receive a summons for e-toll, to please contact their office, as we can assist them and provide input as to the arguments and merits of their case.

“Sanral welcomes the high court judgement in Pretoria for the non-payment of e-tolls. The agency has a duty in terms of the Public Finance Management Act (PFMA) and Treasury Regulations, to collect all monies due to it. It’s an obligation we take seriously,” says Vusi Mona, communications manager of the South African National Roads Agency (Sanral).

The judgment, says Mona, sets a precedent in that motorists and companies who do not pay their e-toll debt can be taken to court. It also means that the proof of the default submitted by Sanral was accepted by the court.

“We are confident that the default judgment in our favour will be persuasive for other courts when deciding subsequent cases. In a rules-based society where courts are the final arbiters, the judgment moves us forward on this matter,” says Mona.

FYI:Sanral increased the toll rates on South African roads, including e-tolls, on 3 March by an average of 6%

e-toll bills will get hectic.

He pointed out that there are misconceptions about e-tolls that they are prohibitively expensive. “The truth is 78% of registered light motor vehicles in Gauteng pay less than R100 a month to travel on the e-tolled highways and of these 44% have regular e-toll bills below R25. This is the modest contribution we are asking road users to make in order to pay for and maintain these high-order roads.”

There simply aren’t sufficient funds available in the annual national budget to pay for these. There are urgent and competing demands on the budget, such as improved health care, education and social security payments.

This makes it necessary and unavoidable to selectively use tolling as a funding mechanism.

Mona encouraged motorists and companies to pay their debts as this will contribute to future road upgrades. Not only is it the right thing to do but there will be consequences if they do not – as the high court judgment has underlined.

Nazir (Mr E-tolls) Alli to chair interim PRASA board! ANC is crazy. Nobody trusts him after his role as SANRAL CEO. Really daft appointment

The court had ordered an Alberton-based building supply company to pay its outstanding debt of some R450 000.

There are about 2.9 million accounts with arrears balances, but of these 1.2 million owe less than R500 each.

“We encourage vehicle owners to register for e-tags and to settle their bills regularly through the many payment options that are available. And we are thankful to the road users who are paying,” says Mona.