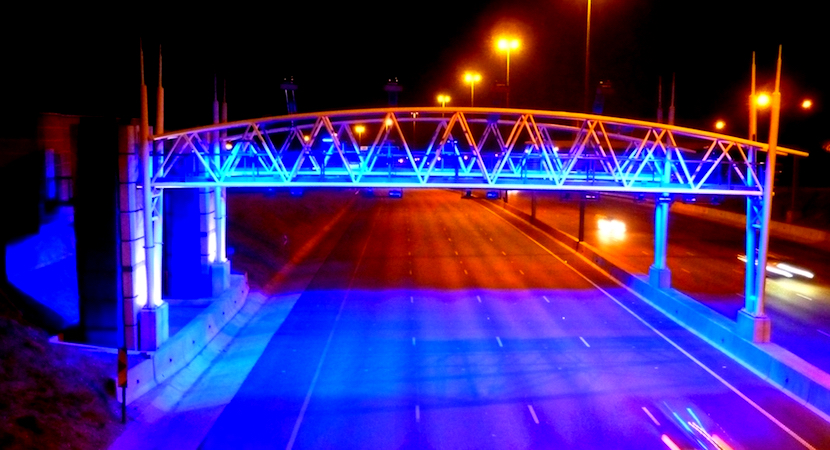 In the daily news madness that is South Africa, it’s easy to forget stories which, importantly, grabbed the headlines not too long ago. When Sanral decided to switch on e-tolls in 2013, the story at that time was one of the hottest topics in the country. In many respects, the e-toll disaster would become a taste of things to come for the country as the Zuptoids began to drive up their state capture. Despite the news cycle going quiet on e-tolls in recent times, there is still a large majority of motorists in Gauteng who continue to refuse to pay for the system, according to Wayne Duvenage of Outa. The result of this is that Sanral now faces a possible downgrade amid mounting debt. Of course, Duvenage is hugely familiar with the ins and outs of e-tolls after spending years fighting the project and he pens his thoughts on what faces Sanral next in this piece below. – Gareth van Zyl

There is a view that the looming possibility of South African National Roads Agency Limited (Sanral) investment rating downgrade is inevitable, due to the South African sovereign downgrades of recent months by S&P and Fitch. Well, this is the intimation by Inge Mulder – Sanral’s CFO, and is one that differs with that of OUTA, who have for some years watched the decline in the SOE’s financial performance.

In OUTA’s opinion, Sanral’s downgrade to below sub-investment levels will probably take place in the coming months and if so, it will be as a result of their rising debt, brought on by their irrational e-toll scheme, which has a public debt of over R11bn that it is unlikely to collect.

OUTA’s study of Sanral’s financials has revealed questionable conduct of a revaluation of their road network, which has increased their asset base and created a healthy balance sheet for borrowing purposes. While strictly speaking by IFRS practice, this is all fine and dandy, it does not bode well to do so on assets such as state roads, which are not really tradable assets.

Their roads revaluation gave rise to a massive spike in Sanral’s total asset value which was relatively flat from R8bn in 2004 to R12bn in 2008 and then surged over the next eight years to R334bn by 2016. Their improved asset base looked good and the lenders were at the door, most notable the PIC, who were given a health interest rate on a R20bn bond to finance the Gauteng Freeway Improvement Project (GFIP) bonds.

Having the money is one thing, but managing it is another. It wasn’t long before Sanral’s problems of rising debt from an overpriced GFIP project (by as much as R9bn according to OUTA’s research), and a poorly planned e-toll decision began to loom large. The e-toll collection project took two years longer than planned to launch, due to the scheme’s complexity and enforcement challenges.  On top of this, the e-toll tariffs were reduced to entice public buy-in and then to crown it all, the e-toll compliance levels fell well short of expectations.

By the end of the 2016 financial year, Sanral’s cumulative debt of R47bn was at their Government’s guarantee cap ceiling.

Fortunately, Sanral’s annual Treasury grant had increased by a healthy 55% in five years, from R10bn in 2011 to R15.5bn in the new financial year.  This however, was only applicable to their non-tolled portion of the roads under its management.

Within a year of launch of e-toll operations, it became clear that Sanral’s original e-toll compliance expectations of 93% were absurd and unachievable.  Instead of producing an annual revenue in excess of R3bn per annum, the e-toll income was less than R1bn and barely able to service the outsourced ETC collection costs.  Today, e-toll compliance levels have dropped to below 20% and this dismal situation has not sat well with the investment community who were previously being assured that Sanral’s debt collection strategy would reveal positive results.

As a result, Sanral’s bond auctions have seen the spreads widened to reflect investor concerns. Sanral’s rising debt has been mounting ever since the GFIP project was complete.

Sanral’s final card to tackle the mounting e-toll debt from defiant motorists, is the launch of a costly and highly impractical legal process of issuing thousands of summonses to defaulters. This typical “lawfare” strategy by the State against its People is not new and history is filled with the costly outcomes of these fights, wherein the state invariably loses in the long run.

The investment community are watching intently and they are less convinced today as they were two years ago, about Sanral’s debt collection antics. Mass litigation programs between a government and its people do not bode well for sound and solid investments.

The investment community is also very aware of civil society’s effort which has been geared to fight back with equal might, as OUTA’s legal team has secured strong arguments and public funding to fight the costly legal battles.

The sad reality for Sanral, is that even if they are able to achieve the first case win, this is not a precedent for all cases. Neither is a default judgement or two, obtained against an unsuspecting citizens or businesses. Each and every e-toll case is different, and each person has the right to a defence on his/her own e-toll account.

The investment community are by now, very aware that a court case win by Sanral will not spark the avalanche of e-toll defaulter revenue from pouring in. They have thus preferred to steer clear of Sanral bond auctions. Their appetite to return will take years of good governance and positive revenue flows, combined with and high marketing the costs.

Consequently, Sanral’s next downgrade is a matter of months away, unless it is able to introduce a sustainable solution to cover the costs of servicing the bonds over time.

The court outcomes of Sanral’s Western Cape toll road plan, should shed some light on the looming court challenge on the Gauteng e-toll matter.

Will Sanral’s future boards thank the City of Cape Town for their decision to halt the N2 Winelands Toll Scheme? We believe so. Just as it is with the current Sanral Board, who is probably silently wishing that the fuel levy or some other efficient funding mechanism was chosen over e-tolls.