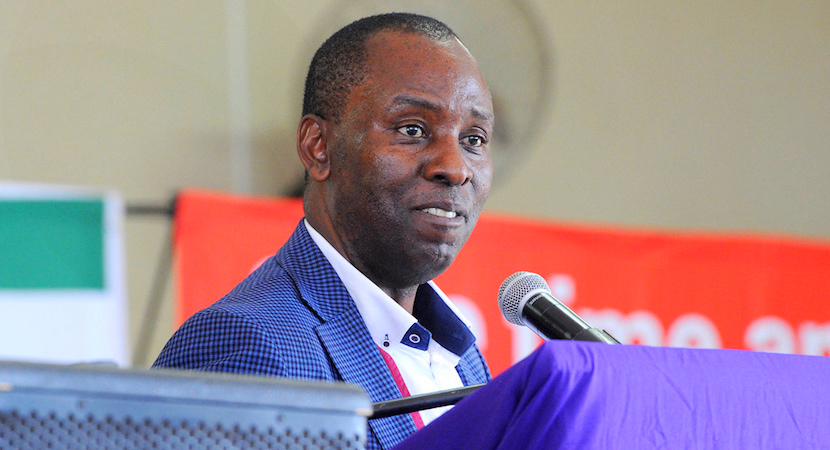 JOHANNESBURG — Mineral Resources Minister Mosebenzi Zwane dropped a bombshell on the economy last week when he announced a new mining charter that drives up BEE ownership from 26% to 30%. The charter also pushes through other transformation goals, but the market reacted with shock, as miners continued to bleed on the JSE on Monday. However, Ruan Kemp, in this piece, says we shouldn’t be shocked by recent events as the ANC, through its history, has always sought greater ownership of the means of production. Unfortunately, the tide of communism has been receding for decades, but it seems somebody has forgotten to tell the ANC. – Gareth van Zyl

The arbitrary gazetting of the second iteration of the third mining charter is not exactly what Nassim Taleb would describe as a ‘Black Swan’: “large-scale unpredictable and irregular events of massive consequence”.

Charter III was in fact predictable, had one cared to look. Taleb’s definition of the ‘turkey problem’ is more appropriate, in that the Chamber of Mines held back on its court application for a declaratory order on the ‘once empowered always empowered principle’ in the hope of perhaps negotiating with the farmer as to the time of slaughter.

What is problematic is not so much the lack of negotiation between the Chamber of Mines and the Department of Mineral Resources (DMR), but that the consultation that supposedly did take place resulted in what appears to be a wish list of the economically ignorant.

Has the DMR perhaps considered that the proposed 1% of turnover to be paid to the ‘BEE Entrepreneur’ will effectively be subsidised by ordinary taxpayers?

Last week it was Mosebenzi "illegal miner" Zwane dropping the Rand. This week it's Busisiwe "housegirl" Mkhwebane. Where does Zuma get them?

This can easily be shown by restating the pre-charter tax take of royalties and corporate income tax for an effective rate on earnings before interest and tax (EBIT) as:

Where R, stated as a percentage, is the tax rate to be applied over EBIT;

And x, stated as a number, is the ratio of EBIT over Revenue;

Assuming zero debt and assuming the royalty applicable is for refined minerals. The post-charter tax take, from which 1% of Revenue is, like the royalty, assumed deductible for Income Tax calculation, can then be stated as:

The difference between the pre- and post-charter tax take is 0.28% of Revenue, which at last year’s R387 billion worth of primary mineral sales, equates to a loss of R1.084 billion to the fiscus.

The addition of "naturalized citizens" as BEE in the #MiningCharter is done by Guptas through their stooge. Zwane. It Must be rejected.

In tax parlance, this is a ‘tax expenditure’, and equivalent to the amount the state foregoes from public transport and education being Value-added Tax exempt. In plain English: what would have gone to the National Revenue Fund for constitutionally mandated redistribution is now going to ‘BEE Entrepreneurs’, which not only makes a mockery of the concept of entrepreneur, but also of the notion that mineral resources belong to all the people of South Africa, with the state as ‘custodian’.

And here lies the rub: the (captured) state is not interested in being a custodian, it wants to mine itself. This is evinced by the passing of the African Exploration, Mining and Finance Corporation Draft Bill, 2015, in order to establish a state mining company, and a policy proposal by the ANC to “advantage state mining above other mining interests and which are to be included in the current amendments”[iii]

The problem is that the mineral royalty, which already compensates the state (as custodian) for the ‘permanent loss’ of non-renewable resources, is paid to the National Revenue Fund, and not the state mining company.

Now consider that in the same way the charter by-passes the parliamentary law-making process, so the proposed 1% of turnover to ‘BEE entrepreneurs’, as well as the proposed development levies to be paid to the ‘Mining Transformation and Development Agency’, by-passes National Treasury.

And that is what Charter III is all about, which the smart money should have long predicted. For the turkeys amongst us; take note that Charter III is as much an attempt to nationalise the mining industry, as it is a confirmation of the attempt of the ANC to capture the economy.

The trajectory of this attempt can be traced through a slew of regulation and policy papers which, as a matter of fact, precede the Guptas. The concepts of ‘Radical Economic Transformation’ and ‘White Monopoly Capital’ was not invented by Bell Pottinger; it has always been ANC policy, and is explicitly spelled out in the 1969 Morogoro Conference papers, and, according to Soviet historian Irina Filatova, in a widely circulated 1989 Umkontho training manual authored by Ronnie Kasrils, which reads:

“The National Democratic Revolution unites all classes among the oppressed – all the progressive, patriotic forces – behind the pursuit of democracy and self-determination. National democracy in South Africa will mean: a united S.A. which is run – politically, economically & socially – by the will of the majority, exercised on the basis of one person, one vote – i.e. – power will be in the hands of the masses. The back of White Monopoly Capitalism will be broken. The redistribution of wealth, of land and other means of production – which will dramatically improve the living and working standards of the oppressed. The implementation of the Freedom Charter with its programme of profound agrarian transformation & socialisation of those sectors of the economy in the grip of Monopoly Capitalism – i.e. – the destruction of the Colonial State.”[iv]

Mining Charter III embodies these aspirations, and now it is out there for all to see. No more policy uncertainty.