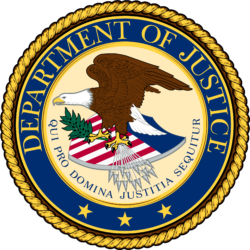 JOHANNESBURG –  More than four years after launching a probe into Net1 UEPS Technologies, the US Department of Justice (DOJ) has finally closed its investigations into alleged corruption at the company. At this stage, the DOJ – in a letter to Net1 – has said that it’s closed its investigation into possible violations of the Foreign Corrupt Practices Act. The DoJ has said it may reopen the case if more evidence comes to light, but Net1 is off the hook, at least for now. The investigation highlights what global software firm SAP and consulting firm McKinsey & Company may have to endure regarding their recent business practices in South Africa. To recap, the DoJ launched an investigation into Net1 in November 2012 following the controversial awarding of Sassa’s social grants contract to the company. The investigation was launched amid a complaint from competitor Absa-owned AllPay. Because Net1 is listed on New York’s Nasdaq (as well as the JSE), the DoJ moved to investigate the company. The United States Securities and Exchange Commission (SEC) also probed Net1. The SEC concluded its investigation in June 2015 with no plan to pursue Net1 with charges. What Net1 has gone through may be what SAP and McKinsey could go through in years to come regarding their operations in South Africa. This is especially the case if a competitor launches a complaint against SAP and McKinsey with the DOJ and SEC. SAP – which is listed in Germany and the US – has found itself at the centre of a scandal in which it paid kickbacks to a Gupta front to win state contracts with Transnet. SAP has sent a team over to South Africa to probe the allegations while four SAP South Africa managers have been suspended. (Another German tech company, Software AG, has found itself in a similar scandal.) New York headquartered McKinsey is also finding itself embroiled in a similar scandal involving Gupta-linked Trillian Capital Partners and a lucrative Eskom contract. If anything, the below explanation of how Net1 was thoroughly investigated may be a sign of things to come. – Gareth van Zyl

Johannesburg, July 27, 2017 – Net 1 UEPS Technologies, Inc. (“Net1” or the “Company”) (NasdaqGS: UEPS; JSE: NT1) today announced that its legal counsel has received a letter from the Department of Justice, Criminal Division, Fraud Section (“DOJ”), advising the Company that the DOJ has closed its investigation concerning possible violations of the Foreign Corrupt Practices Act (“FCPA”). The letter received from the DOJ is available on the Company’s website at http://ir.net1.com/phoenix.zhtml?c=73876&p=irol-downloads.

The DOJ investigation commenced in November 2012, following the award of the SASSA national contract to the Company in January 2012. The investigation was initiated largely as a result of one of the losing bidders for the contract, Barclays Africa’s subsidiary AllPay Consolidated Investment Holdings (Pty) Ltd (“AllPay”), referring unsubstantiated South African press articles to the DOJ, alleging or implying that the SASSA tender process was tainted by corruption involving the Company’s subsidiary, Cash Paymaster Services Proprietary Limited. These actions resulted in the DOJ and United States Securities and Exchange Commission (“SEC”) announcing investigations into alleged FCPA and disclosures violations on November 30, 2012.

On February 14, 2013, the Company filed an application pursuant to Section 34 of the South African Prevention of Corrupt Activities Act in South Africa with the South African Police Service to investigate the allegations of corruption that were contained in certain newspaper reports. Section 34 deals with the reporting of suspected fraud, theft, extortion and forgery. In November, 2015, the Company received a written notice from the South African Police Service’s Directorate for Priority Crime Investigation (“the Hawks”), stating this case was investigated and the prosecutors assigned to the case declined to prosecute these matters. The Hawks closed the investigations in November 2015.

As a result of the U.S. government investigations initiated in 2012, on December 24, 2013, the Company, its chief executive officer and its chief financial officer were named as defendants in a purported class action lawsuit filed in the United States District Court for the Southern District of New York alleging violations of the federal securities laws. The lawsuit was brought on behalf of a purported shareholder of Net1 and all other similarly situated shareholders who purchased our securities between August 27, 2009 and November 27, 2013. The U.S. District Court dismissed this class action litigation in September 2015.

“We co-operated with all government agencies and other regulatory bodies regarding these allegations as well as the extensive investigations that followed over the last four and half years,” said Mr. Herman G. Kotzé, chief executive officer of Net1. “The closure of the DOJ investigation concludes a lengthy, arduous and costly exercise involving government agencies in the United States and South Africa, including the DOJ, SEC and the Hawks. This letter from the DOJ is the final step to clear our name, and is consistent with the total absence of any findings of irregularities against us by any United States or South African court or regulator, the SEC or the Hawks. We will continue to focus our energies and resources on the expansion of our businesses in South Africa and internationally,” he concluded.