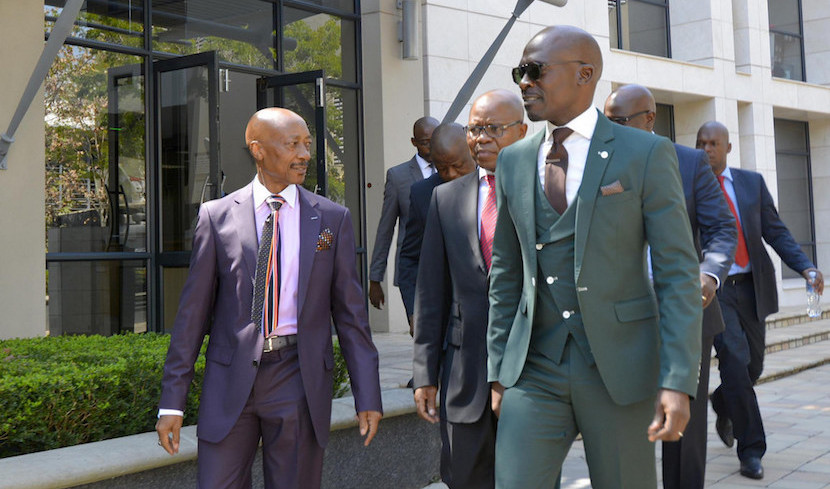 JOHANNESBURG — South African Finance Ministers, looking to retain their political capital, have traditionally left the VAT rate untouched. The theory is that a hike in VAT will harm the poor, hence the ANC’s large voter base. (Clearly, the ANC has always steered clear of upsetting its voters from at least just this perspective.) But with tax collections now regularly falling short under Tom Moyane’s ‘leadership’ at SARS, the situation is starting to look bleaker and options are running out. And as Matthew Lester highlights below, at the upcoming medium-term budget speech in October, newly minted Finance Minister Malusi Gigaba may be forced to do the unthinkable and hike VAT – but then again, if he did so, we may be in for another midnight Cabinet reshuffle… – Gareth van Zyl

The medium-term budget framework speech ‘MTBFS’ is just six weeks away. And the outlook is worse than it has ever been.

South Africa’s minister of finance, Malusi Gigaba, must be desperately looking for anything that can give the rating agencies a reason not to come to the almost inevitable conclusion that South Africa cannot pay its debts. Otherwise the final downgrades of South Africa’s domestic debt to junk status seems to be a done thing.

The tax collections position can be summarised as follows

The recent news that South Africa is officially out of recession is of cold comfort. Much of the growth achieved was in the agricultural sector (benefiting from a maize price in excess of R4000 per ton. But the price has now dropped to around R1900 per ton and maize farmers are wondering if it’s even worth their while to plant in the upcoming season).

So even before Gigaba can get onto the radical economic transformation agenda, he is going to have to make a plan to come up with the tax shortfall.

The tax increases for 2017/18, announced in February, relied heavily on personal tax collections. Fiscal drag adjustments were minimal and a top marginal rate of 45% was implemented on income exceeding R1.5 million. But that only raises R16.6 billion pa. Even if similar personal tax increases are implemented in 2018/19  they will not be even half of what is needed.

This leaves Gigaba in a position where he must find at least another R20 billion outside of personal tax increases.

The Davis Tax Committee has you looked at the potential for a VAT increase. And yes, there is a rational case to be made for it!

‘A negative impact on real gross domestic product (GDP) and employment – particularly in the short-run – the impact of a VAT increase on these two variables would be far less severe than that of a rise in personal income tax (PIT) or corporate income tax (CIT). It is thus clear that from a purely macroeconomic standpoint, an increase in VAT is less distortionary than an increase in direct taxes.’

But there is no getting away from the reality that a VAT increase hammers the poor!

However, an increase in VAT would have a greater negative impact on inequality than an increase in PIT or CIT. Should it be necessary to increase the standard rate of VAT, it will be important for the fiscal authorities to think carefully about compensatory mechanisms for the poor who will be adversely affected by the increase. A range of measures should be considered, such as increases in social grants or the strengthening of the school nutrition programme.

So far, National Treasury has been able to avoid the repercussions of a VAT increase. And it would seem that it would be political suicide for Gigaba, in his first MTBPS, to even lift the word VAT to pass his lips.

But without a VAT increase the final downgrades must be inevitable. All other bullets are spent.

Is it not possible to get South Africans around a table and come to a overall win-win agreement whereby the brake can be increased and the poor can be more than compensated by way of direct targeted interventions?