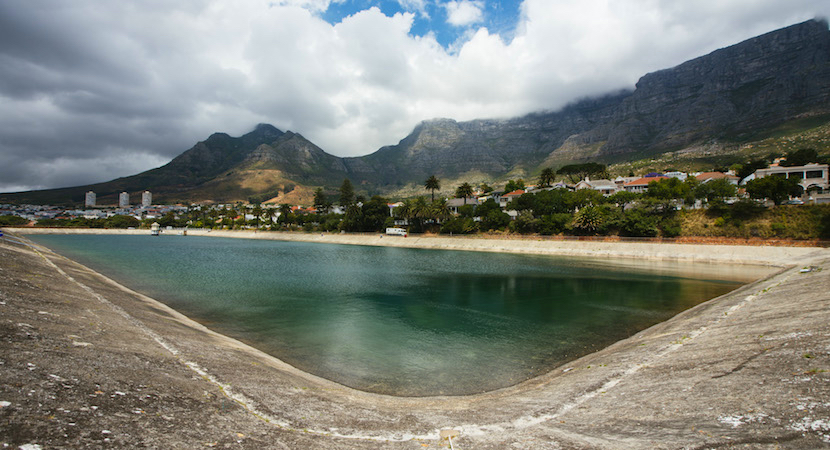 CAPE TOWN — Citizens of the Mother City and its surrounding suburbs are likely to find out in less than three months what it feels like to get on the water wagon. Ubuntu, when it comes to water it seems, doesn’t really count for 60% of Capetonian households who continue to exceed reasonable, recommended consumption levels. The upshot of this addiction to long-existing norms could be massive queues at just over 200 water distribution points, working 24-hours. Some number-crunching journalists have used existing data to estimate that this would mean having to process four households per minute. While that’s impossible at 25 litres per ID-carrying person per day, it gives some indication of the bun-fight that could be expected. A dozen projects currently underway to bring desalinated and aquifer water on line are very loosely estimated to start flowing between February and July this year. Today (Friday, 19th January, 2018), the city council votes on increasing water tariffs by as much as seven times for the heaviest users. Contemplating a sin tax on water is perhaps the kind of sobering environmental wake-up call we all need. – Chris Bateman

(Bloomberg) – Authorities in the drought-stricken South African city of Cape Town have told residents that it is “now likely” that water supplies will be cut because of dwindling levels in dams serving the country’s second-largest metropolis.

Cape Town will impose tighter water restrictions starting Feb. 1, limiting each resident to 50 liters (13 gallons) a day, compared with 85 liters now, it said in a statement Thursday. Authorities said earlier this week that they currently estimate “Day Zero,” the date when the city estimates it will have to cut off supplies to consumers, to be April 21. 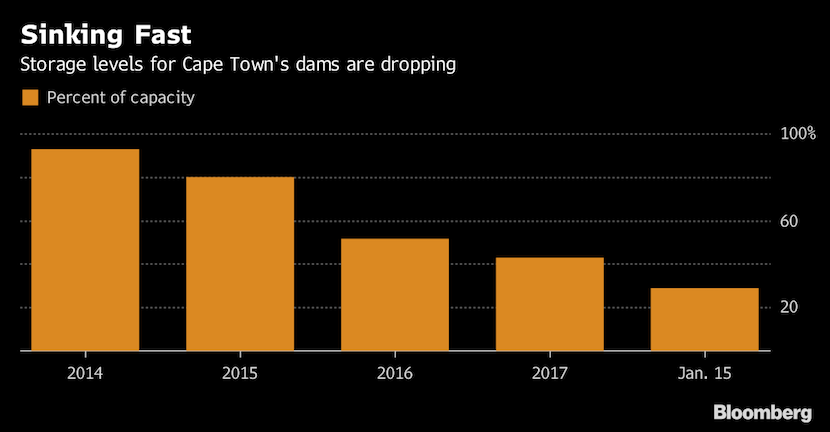 The city has “reached a point of no return,” with about 60 percent of residents failing to meet existing curbs on water use, it said. The new limit will be in place for 150 days and then reviewed. Major dams in the Western Cape province that supply the city have dropped to 28.7 percent of capacity compared with 43 percent a year ago and 93 percent in 2014, figures on the city’s website show.

“It is quite unbelievable that a majority of people do not seem to care and are sending all of us headlong towards Day Zero,” the city’s media office said in a statement. Many residents are “callously” using too much water, it said.

Cape Town’s central business district will be excluded from the “Day Zero” measures to reduce harm to the local economy, as will areas of informal housing that lack standard city services. City lawmakers will vote Friday on plans to impose increased charges for water of as much as seven times for the heaviest users.