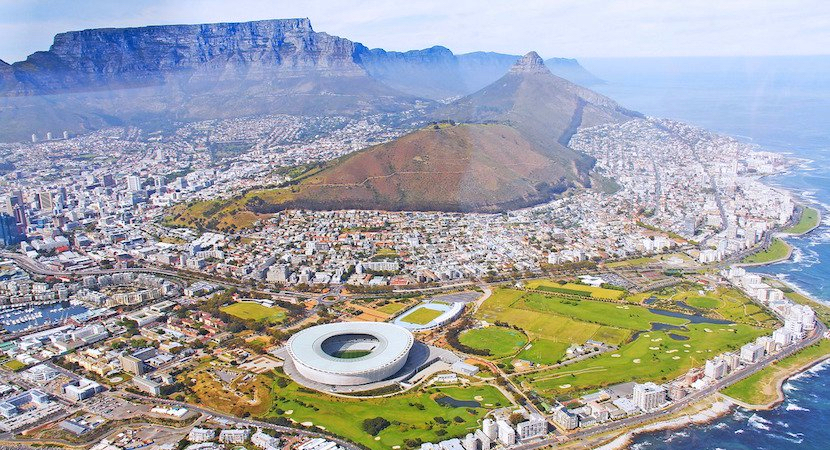 EDINBURGH — As Cape Town gets closer to running out of tap water, Johannesburg-listed hotel company Tsogo Sun has revealed that it is urgently building its own desalination plant to shield its guests from the water crisis. While Tsogo Sun clientele will be relieved to know that they will be able to bath, shower and flush toilets on their visit to the Mother City, the revelation underscores the disgraceful state of affairs that has been allowed to develop on the Democratic Alliance’s watch. Experts signalled the alarm at least 15 years ago that Cape Town has a water challenge and have repeatedly raised their concerns in the media that water would run dry around now unless action was taken. But, politicians and local authorities appear to have buried their heads in the sand. The Tsogo Sun share price moved up on the news that it had come up with a private solution to cope in a major crisis. – Jackie Cameron

Bloomberg – Tsogo Sun Holdings Ltd. is building a desalination plant that will help supply its Cape Town hotels with their own water, shielding guests of South Africa’s biggest hotel and casino operator from the city’s deepening water crisis.

The alternative source should be in operation for properties including the five-star Westin by early March at the latest, Tsogo Chief Operating Officer Ravi Nadasen told reporters in Johannesburg on Wednesday. That’s comfortably ahead of the scheduled May 11 date for so-called Day Zero, when city authorities threaten to turn off the taps to residential suburbs.

“There is a plan in place that all of the alternative water sources will come on board before Day Zero comes,” Nadasen said. “The current situation in Cape Town is going to become the new normal. We’ve got to be responsible as well.”

Africa’s biggest tourist destination is deploying drastic measures to keep water running as long as possible after a three-year long drought all but exhausted local reservoirs. Cape Town residents have been urged to use as little water as possible, with the daily allocation set at 50 liters (13 gallons) per person, and hotels have removed bath plugs and urged visitors to keep toilet flushing to a minimum.

“South Africa cannot afford to lose confidence as a tourist destination,” he said.

Tsogo shares rose 1.5 percent on Wednesday to R24.63, bringing the owner of South African casinos including Gold Reef City and Garden Route into positive territory for the year. That values the company at R28.3 billion ($2.3 billion).