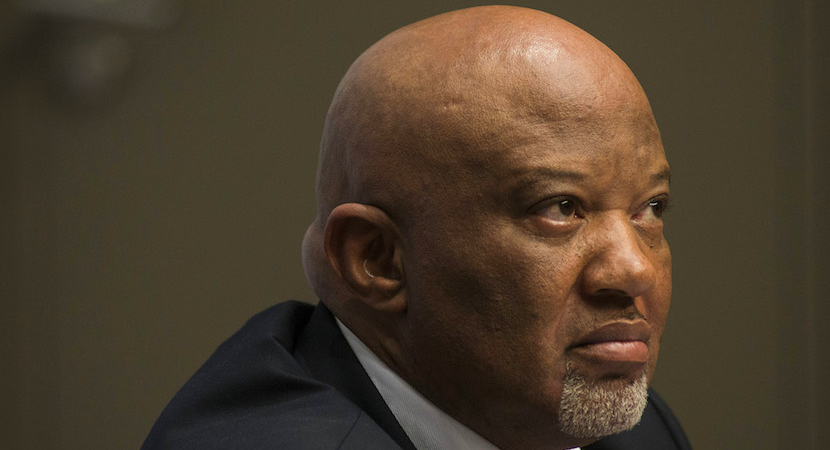 EDINBURGH — South Africa’s new president, Cyril Ramaphosa, has taken immediate steps to excise corruption. After firing the starting gun on prosecutions, Ramaphosa reportedly wants Gupta whistleblower Mcebisi Jonas to take up the all-important role of South African Revenue Service commissioner. Jonas is the man who lifted the lid on the Gupta family involvement in President Jacob Zuma’s political decisions. He resigned from Parliament in April. This followed his sacking as deputy finance minister in a cabinet reshuffle. Jonas blew the whistle on the Gupta family making decisions on President Jacob Zuma’s behalf. He revealed that he was offered golden handcuffs of R600m and a black bag of cash containing R600,000 in exchange for working according to #Zupta instructions as a finance minister. Jonas, like former finance minister Pravin Gordhan, was seen as among the few taking a stand against the rot that has spread across government. At the time Jonas stepped down as an MP, ANC Chief Whip Jackson Mthembu remarked that the only crime Jonas committed was being incorruptible. Jonas could also be a star witness in state capture trials, providing essential testimony linking President Jacob Zuma to the Gupta family. – Jackie Cameron

By Sam Mkokeli and Loni Prinsloo

Bloomberg – Mcebisi Jonas, the former South African deputy finance minister, is being considered for the post of commissioner of the South African Revenue Service after Tom Moyane was suspended on Monday by President Cyril Ramaphosa, two people familiar with the situation said.

It’s unclear whether Jonas will accept the offer, the people said. Jonas couldn’t immediately be reached for comment and the National Treasury, which oversees the tax agency, didn’t immediately respond to an e-mailed request for comment.