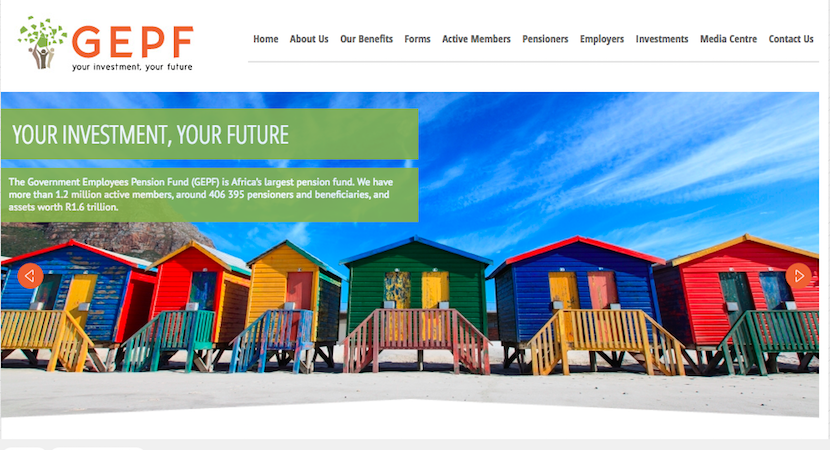 EDINBURGH — The Government Employees’ Pension Fund (GEPF) has been a target for the greedy and the captured. With more than 1.2m members and assets worth R1.6 trillion, it brags about being Africa’s largest pension fund. According to GEP laws, fiduciary responsibility for the Fund rests with the Board of Trustees. A retired actuary assessing the state of the fund has criticised its management, arguing that problems loom – and that these have more to do with human decisions than the state of the economy. The GEPF has been in the crosshairs of state capture and black economic empowerment wheeling-and-dealing. For example, the GEPF has proved handy to the Independent Media group, with reports that GEPF money would be used to artificially boost the value of its proposed new entity Sagarmatha. The fund for civil servants has also been something of an ATM for state-owned enterprises, with Eskom receiving R5bn a loan from the GEPF to help cover expenses for the month of February. The analysis, published here on Biznews, by the Association for Monitoring and the Advocacy of the GEPF underscores that the GEPF isn’t too big to fail. – Jackie Cameron

Statement: Cash Flow of the Govt Employees Pension Fund.
Organisation: The Association for Monitoring and the Advocacy of the GEPF (AMAGP)
By: A P Stemmet
Capacity: Spokesman
Cape Town
1 April 2018

The attached analysis of annual reports of the GEPF for the eleven years up to 2017, compiled by one of our members, a retired auditor, clearly indicates that the pension fund is not managed by the Board of Trustees (BoT) to the advantage of its members, workers as well as beneficiaries.

Control by the BoT leaves a lot to be desired and it is clear that too much is left to its investment agent the Public Investment Corporation (PIC). Secrecy on the side of the BoT prevents transparency and gives rise to the impression that there is no monitoring of investments made. The poor excuse that the low interest yielding of investments is due to poor economic conditions is no longer acceptable. In practice it is proven to be different.

Management, control and supervision of the pension fund goes much further than merely the yields of investments. The latter is an important element and in particular the unexpected growth in interest – the yields demand attention, further investigation and explanation.

The afore mentioned are two areas that demand increased attention by external bodies such as the Standing Committees on Finance and Public Accounts. It has  become imperative.The AMAGP request that urgent attention is given to this matter.

A new BoT is to be appointed within days and it is trusted that the government and unions will ensure that only well qualified people with the required expertise will be appointed.

The Government Employees Pension Fund (GEPF)  is concerned about the statements made by AMAGP with respect to allegations of poor mismanagement of funds and we wish to reject such allegations by the AMAGP. Such statements we believe are irresponsible  as they create unnecessary anxiety amongst our members and pensioners which often leads to members and pensioners resigning and thus creating financial hardship, often having insufficient funds when they retire.

The cash flow problems identified by AMAGP are due to increases in resignation whilst the membership has not been increasing over the past five years. These resignations are in respect of members who have been with the  GEPF for a long time, most of the time when members are close to retirement they resign as their pay-outs are quiet substantial. This is partly as a result of entities that masquerade as champions of members and pensioners but instead sow distrust of the GEPF leading to them prematurely and/or unadvisedly taking their pension benefits out of the fund.

It is also important to realise that the cash flows of a pension fund are very different from those of an ordinary business. A pension fund exists to pay benefits. As a pension fund matures, i.e. it has older members with long service and there are significantly more pensioners than contributing members, benefit payments will exceed contributions.

The Board and Management take their fiduciary responsibilities seriously and act in the best interest of its members, pensioners and beneficiaries at all times. This can be illustrated by the growth in the fund which is nearing R2 trillion, making it one of the largest pension funds in the world, and Africa’s largest pension fund. The GEPF is a defined pension benefit fund, which  guarantees that  members will receive their benefits as stipulated by law when they exit the fund irrespective of the investment performance of the Fund. The fund is also 115.8% funded which places the fund in a better position to pay benefits in a long term.

The GEPF would like to assure your readers that it is guided and operates within the Government Employee Pension (GEP) Law and Rules which define precisely how the Fund should be governed and how it should administer pension and other related benefits to members and pensioners. All investment decisions are taken in the best interests of members, pensioners and beneficiaries and the Public Investment Corporation (PIC), the asset manager for the GEPF, acts in line with the GEPF’s mandate requirements and the investment risk parameters stimulated by the mandate.