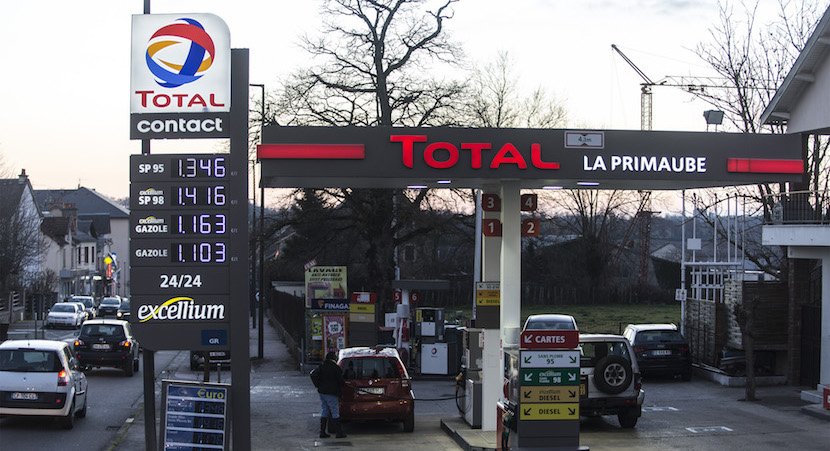 CAPE TOWN — It’s doubtful that so many new green economic shoots would be budding had Cyril Ramaphosa not scraped in at the ANC’s national elective conference in December last year. This story outlines the portents of one major new green shoot in the form of Total SA’s new plans to boost oil exploration and open more fuel stations on the back of a rejuvenated energy supply policy. Under the Zuptoids, drilling for liquified natural gas and plugging solar energy into the national grid had all but come to a complete standstill, helping wither the local economy. While not exactly booming, the country’s economic prospects are definitely their brightest in a decade as investors and traders see the State-capture-skewed environment being swept away. Projects abandoned four years ago like the deep-water gas well on the East Coast, albeit not due to direct government malfeasance or interference, are now back on track to resume within a year. The hope is that all pending legislation, especially that potentially curbing offshore exploration, will be approached with a far stronger eye to encouraging investment. Whatever the other negative factors, the new political environment is facilitating a far more buoyant, albeit cautious approach by investors. – Chris Bateman

Total pumped a record amount of oil and gas in the first quarter and expects output growth to exceed its 6 percent target this year thanks to acquisitions and new projects from the Arctic to West Africa. In South Africa, the company plans to expand its network of more than 500 fuel stations and finish a deepwater exploration well started in 2014.

“In retail, we clearly want to grow and to grow by 200 to 300 service stations in the coming few years,” Pierre-Yves Sachet, managing director and chief executive officer for Total South Africa, said Thursday in an interview at his office in Johannesburg. “The intensity of our footprint is not exactly the one we would like to have yet.”

Total, which is already due to open 20 new retail outlets this year, is considering partnerships to increase that number. It faces competition from South Africa’s Sasol Ltd., which is also looking to expand its fuel-station network in a country that currently has about 4,600 outlets.

Total is also interested in supplying liquefied natural gas and adding solar projects as part of two government programs that faced delays under former South African President Jacob Zuma. While there hasn’t yet been a marked change in demand and investment under Cyril Ramaphosa, who replaced Zuma in February, there is a difference in the business community, according to Sachet.

“There’s more confidence in the atmosphere, this is very clear,” said Sachet, who sees growth in the company’s sales of fuel and lubricants to mining companies.

Total, which owns 36 percent of the 108,000-barrel-a-day Natref refinery in a joint venture with Sasol, expects to resume drilling on South Africa’s first deepwater well by the end of this year or first quarter 2019, said Sachet. It was forced to suspend operations in 2014 because of strong currents.

Total in October also acquired a stake in blocks off Namibia and in South Africa’s Orange Basin.