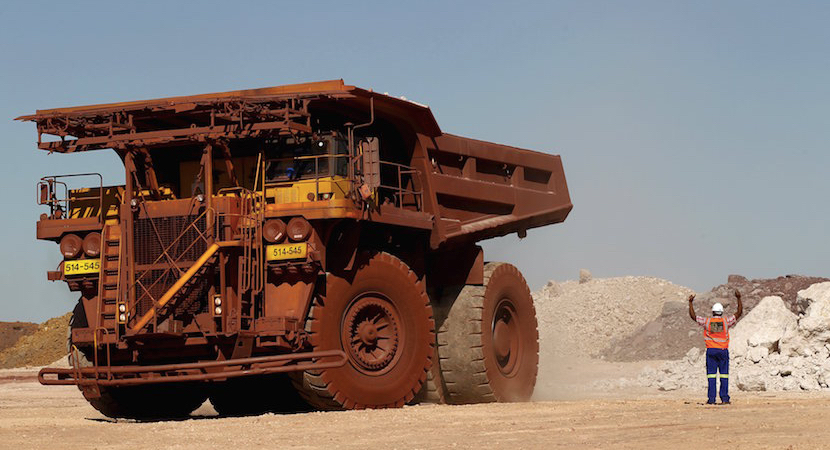 JOHANNESBURG — During the dark days of Mosebenzi Zwane’s reign as Mineral Resources Minister, he found himself regularly clashing with a mining industry that never hesitated to take him and his department to court. Soon, we may be experiencing a sense of deja-vu with court action in the mining sector again as talk is swirling of new Mineral Resources Minister Gwede Mantashe facing down a court challenge over his insertion of a ‘free-carry’ requirement in the latest draft of the Mining Charter. The industry is crying foul. The question now is whether a court would find in favour of the Minister or the Industry – things are about to get interesting… – Gareth van Zyl

By Felix Njini and Loni Prinsloo

(Bloomberg) – South Africa’s main mining lobby group told analysts and mining companies that it would probably challenge a final draft of the government’s new Mining Charter if two key points of dispute aren’t removed, according to two people familiar with the matter.

The Minerals Council South Africa, which represents most producers, won’t back down on its opposition to a requirement for holders of new mining rights to give employees and communities free-carried interests of 5 percent each, representatives said on a conference call Wednesday, according to the people, who asked not to be identified because the call wasn’t public.

The group will also oppose a requirement to pay workers and communities 1 percent of earnings before interest, taxes, depreciation and amortisation in years when a regular dividend isn’t declared, they said.

Mineral Resources Minister Gwede Mantashe published the latest draft of the Mining Charter June 15 after months of negotiations with companies, labor unions and communities. The set of rules is aimed at redistributing the country’s mineral wealth more equally among South Africans to make up for racial discrimination during apartheid. The country has been mined commercially for more than a century and thousands of mostly black workers still labor in deep and dangerous operations.

The Minerals Council argued that the provisions aren’t fair to other shareholders and make financing for new mines difficult, the people said.

“If the charter is promulgated in its current form, the likelihood of another interdict is very high,” mining lawyers at Werksmans Attorneys said in emailed responses to Bloomberg questions on the matter. “This places the industry on shifting sands indefinitely which may show the more skittish investors pulling out and existing players curtailing their activities until certainty is achieved.”

The free-carried interests on new mining rights are included in a mandatory 8 percent each earmarked for workers and communities, while a further 14 percent must be owned by black entrepreneurs, according to the draft, which is open for public comments. Existing mines also have to increase their black-ownership to 30 percent from 26 percent within five years.

The Minerals Council “will make a comprehensive submission” to the Department of Mineral Resources and participate fully in a summit planned for July to finalise the mining rules, it said in emailed responses, declining to comment further. The group said in a June 17 statement it opposes the 10 percent free-carried interest, arguing it undermines investment and makes new projects unviable.

“The department does not comment on rumours and speculation,” a spokesman said in a text message. “All stakeholders are encouraged to submit their comments to the process. They will further have an opportunity to make their inputs during the summit taking place in a few weeks.”

South Africa has the world’s biggest reserves of platinum and manganese, and its mineral deposits also include gold, iron ore, coal, chrome and zinc. Anglo American Plc, Glencore Plc and South32 Ltd. are among companies operating in the country.