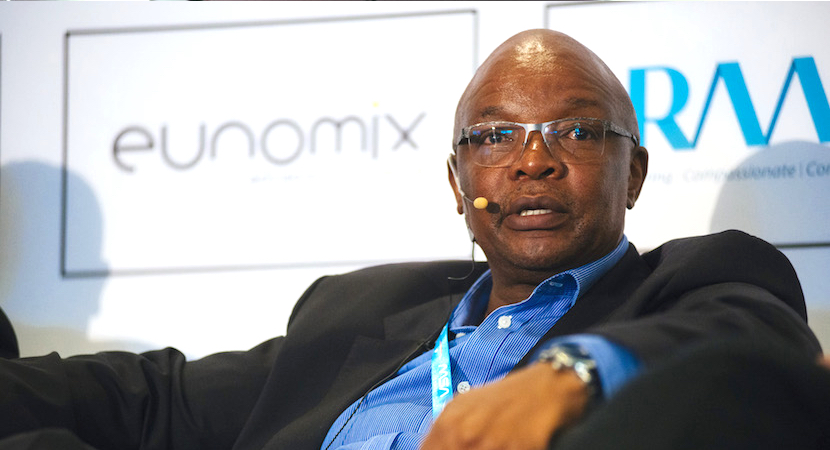 CAPE TOWN — Once more it comes down to wealth redistribution rather than pouring resources into empowering and enabling people to create more income. According to AngloGold Ashanti Chairman, Sipho Pityana, the Mining Charter, for all Mineral Resources Minister Gwede Mantashe’s improvements to his shady Zuptoid predecessor’s version, still stands to seriously erode investor confidence in South Africa’s ability to create an economic turnaround. The Charter’s “reckless” provisions include off-putting caveats that leave foreign investors feeling unwanted when the government actually needs to create a climate conducive to investment. Dare one even look north to Zimbabwe for examples of how Bob Mugabe turned his country from Africa’s breadbasket into a Trump-like satirical vision of an African holding a begging bowl? Zimbabwe’s President Mnangagwa is doing his best to encourage foreign investment by overturning many of Mugabe’s introspective, vote-grabbing policies. Sets one wondering whether we have to learn the hard lessons ourselves rather than look beyond the ballot box at what most people really need – umsebenzi (work). Potentially bringing the already-beleaguered mining industry to its’ knees will only aggravate matters. – Chris Bateman

The latest Mining Charter, which is aimed at sharing the benefits of the country’s mineral wealth more equally among South Africans, doesn’t provide solutions to the industry’s challenges and will make it difficult for companies to buy and sell assets, Pityana said Thursday. Much of South Africa’s mining industry is struggling with rising costs and faltering metal prices that have forced producers to slash thousands of jobs and shrink production.

“When the industry says to you that what you are proposing will kill the industry, you should sit up and listen,” Pityana said in an interview at Bloomberg’s Johannesburg office. “Layers and layers of these things make mining an uninvestable proposition and you are talking about an industry that basically has its back up against the wall.”

The Mining Charter, first introduced in 2004, lays out rules and targets for areas such as black ownership to help to redress economic inequalities stemming from white-minority rule under apartheid. The country has been mined commercially for more than a century and thousands of mostly black workers still labour in the deep and dangerous operations.

Mantashe erred in using his predecessor’s Mining Charter as a template for the new version, rather than starting afresh, said Pityana, who has been chairman of Johannesburg-based AngloGold since 2014. Still, the latest version is an improvement and the two sides are likely to reach a consensus, he said.

South Africa’s main producers’ lobby group has criticized a requirement for holders of new mining rights to give employees and communities free-carried interests of 5 percent each. Companies have also objected to a requirement to pay workers and communities 1 percent of earnings before interest, taxes, depreciation and amortization in years when a regular dividend isn’t declared.

South Africa has the world’s biggest reserves of platinum and manganese, and its mineral deposits also include gold, iron ore, coal, chrome and zinc. The country’s gold-mining industry – once the world’s largest – has been particularly hard hit, with output slumping for an eighth straight month in May.

While mining companies support the government’s wealth-redistribution goals, the current proposals threaten to harm the industry at a time when it needs nurturing, Pityana said. Negative perceptions about the new mining regulations could also have ripple effects through the entire South African economy, he said.

“If you have gold miners desperately looking for investors and you say ‘by the way, you also have to contend with this,’ I don’t think you are going to have a long queue of suitors,” Pityana said. “Consensus is not just about protecting the mining industry, but it’s also about protecting the image of the country that we don’t do things in a reckless way.”