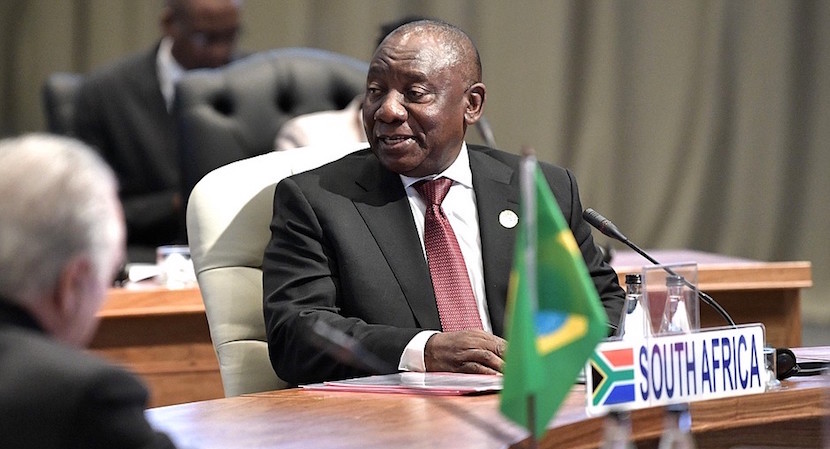 CAPE TOWN — In an ironic way President Cyril Ramaphosa’s land expropriation reassurances in parliament this week served to reinforce the opposition’s claim that the constitutional amendment to enable land seizure without compensation will render the rand hugely vulnerable. His revelation that the rapid release of State property for housing and farming was the priority while arguing that the amendment would provide certainty to those who want and own land, promote growth, stability and food production, helped extend rand gains against the dollar by 1.4% – making it the best performing currency in the world on Wednesday. That effectively seals the opposition’s argument, even while it serves Ramaphosa hugely. It’s obviously going to be an investor game of wait and see with any further moves that strengthen the currency contributing enormously to a positive climate. Of course, the opposite also pertains – which is exactly why Ramaphosa has to play his cards so carefully in rebutting the EFF populist approach which would see all land and banks nationalised. It’s been a good week for the ANC with Cyril’s lieutenants’ meeting with and calming commercial agriculture’s major collectives by swearing on their mother’s graves that productive land won’t be targeted. – Chris Bateman

(Bloomberg) – South Africa will implement plans to increase access to land for the poor in an orderly fashion and will initially focus on making state property available for housing and farming, President Cyril Ramaphosa said, pledging that individual property rights will be strengthened.

“We want the rapid release of publicly owned land,” Ramaphosa told parliament in Cape Town on Wednesday. “I believe we can embark on a very positive process.”

Ramaphosa’s comments come amid a heated national debate over the government’s plans to amend the constitution to allow for land seizures without compensation. While the ruling African National Congress argues that the measure is needed to address skewed ownership patterns dating back to colonial and apartheid rule, some opposition parties say it will undermine property rights and deter investment.

While the ANC first agreed in December that the constitution be changed, the populist Economic Freedom Fighters, which has won support from young voters in impoverished townships by vowing to nationalise everything from land to banks, tabled a motion proposing the amendment in parliament in February.

The constitution already allows land to be expropriated and the planned amendments will provide greater certainty to both those who want and own land, and promote growth, stability and food production, according to Ramaphosa.

He rejected a demand from EFF leader Julius Malema that all land should be taken over by the state, saying citizens want to own their properties.

“We must transform our land and property ownership, we have got to do it,” Ramaphosa said. “We are facing a demand from our people and this what the ANC has to respond to. We now need to speed up the land reform process.”

The president identified land owned by municipalities, state-owned companies and speculators as property that could be redistributed quickly.

“The land owners must not be afraid to be embrace this process,” he said. “We must have a win-win type of outcome.”