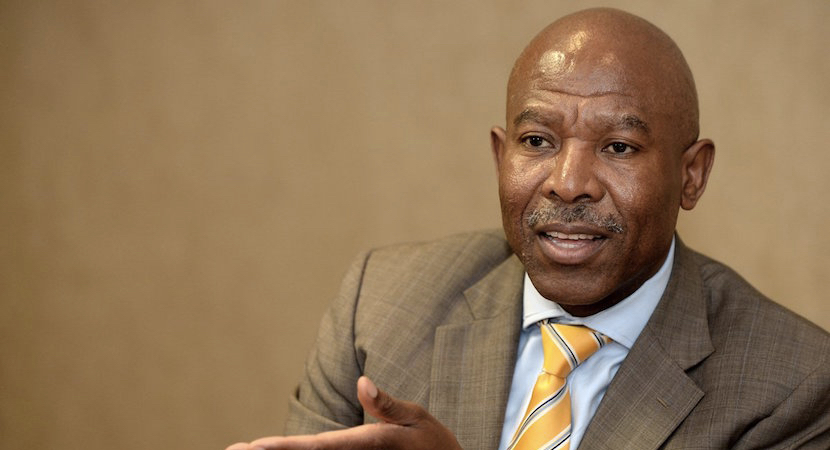 JOHANNESBURG — What struck me as interesting in this piece is that it appears as if SARB is slowly starting (unofficially at least) to narrow down its inflation target. Officially, South Africa’s inflation target is 3-6%. But as this story points out, SARB actually strives for a 4.5% mid-point. Unlike Turkey, South Africa has a solid and respectable Reserve Bank. In many ways, it’s keeping the country at bay from falling off a cliff – something we should be hugely thankful for. – Gareth van Zyl

(Bloomberg) – The South African Reserve Bank will wait for broader price increases in the economy before tightening policy, even as risks that the Monetary Policy Committee had previously warned about come true, Governor Lesetja Kganyago said.

“The approach of the Reserve Bank is to see through the shocks and see whether there is any evidence of second-round effects emerging, and if that begins to emerge you have got to respond,” Kganyago said Thursday in an interview at his office in the capital, Pretoria. “You can’t respond to noise.”

Inflation quickened to a 10 month high of 5.1 percent in July, driven by fuel prices, which increased on more expensive oil and a weaker rand. The central bank prefers price-growth expectations, and inflation, close to the 4.5 percent mid-point of its target band and it will continue to be forward-looking when setting rates, Kganyago said.

The Reserve Bank is caught between accelerating inflation and a stubbornly weak economy with unemployment at more than 27 percent. Raising interest rates to limit price growth at this stage may knock chances of an economic recovery, while loosening policy further at a time of rand weakness could see inflation climb.

“What we are seeing materialising now is what we warned in previous MPC statements, that these are the risks to the inflation outlook – faster normalisation of monetary policy in the developed world, risk-off scenario from emerging-market investors, the oil price, electricity tariffs, the exchange rate,” Kganyago said. Aside from electricity tariffs “you can tick the boxes on all the others,” he said.

The rand slumped to its weakest level against the dollar in more than two years last week as turmoil from Turkey spilled over to other emerging markets. The currency fell as much as 2 percent on Thursday after a tweet by US President Donald Trump about the nation’s land policy sparked concerns that it may be the next target for US sanctions. The rand gained 0.2 percent to 14.3704 per dollar as of 7:30 a.m. in Johannesburg on Friday.

“Getting inflation firmly within the target, closer to the 4.5 percent, is part of our management of vulnerabilities,” Kganyago said. “If we are hit by a shock, then it gives us policy room to see through the shock.”

His comments were echoed by Deputy Governor Francois Groepe, who said in a Bloomberg TV interview that the central bank will take a measured approach on monetary policy in the face of currency volatility, adding “ panic is not part of our toolkit.”

The MPC raised its inflation forecasts at its July meeting and predicts price growth will average 5.4 percent in 2020.