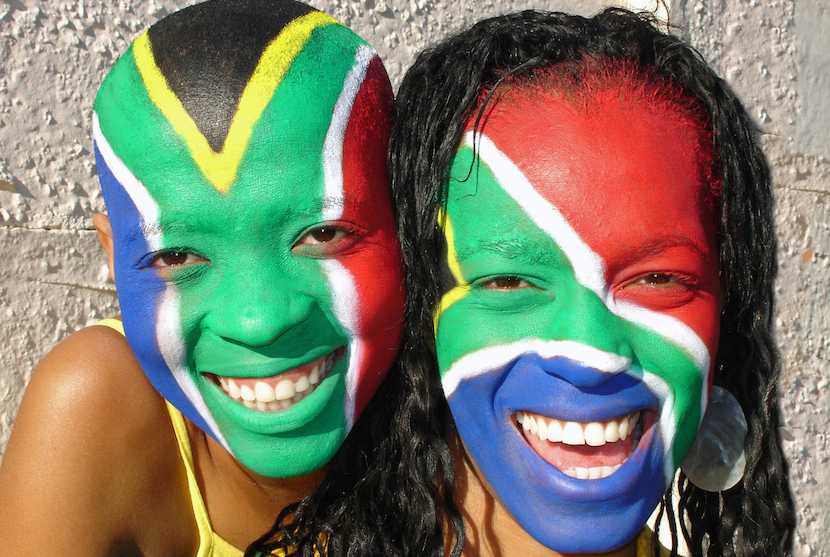 Despite being let down by poor quality education, persistent inequality and poverty, and structural unemployment, South Africa’s youth remains hopeful, though more cynical than their 1990’s counterparts. This is the conclusion of a survey of 87 randomly selected youths aged between 15 and 21 in both rural and urban areas in the Gauteng and Eastern Cape regions. They were compared to a similar group polled in the mid 1990’s and written up in a book entitled, “My life in the New South Africa – a youth perspective.” Their lifestyles have not changed much, (they were school-goers, employees or work-seekers, friends, caregivers, and members of households with responsibilities), but their view of politicians has altered drastically. The youth of today are highly cynical of politicians versus their predecessors who were upbeat and almost euphoric about South Africa’s first black president, the global icon, Nelson Mandela and his cabinet. Also different for the contemporary cohort is access to shopping malls and mobile phones, which facilitate important peer engagements. They all want to study further and improve their lives with top professions in their sights. All we need now is a basic and secondary education system to facilitate this… – Chris Bateman

There is no doubt that young people in South Africa face a myriad of problems: high unemployment, poor educational outcomes, various forms of poverty, and less than ideal mental and physical health, including high rates of HIV.

Young people are also often characterised as being politically apathetic, lazy, and engaged in general unrest. Young South Africans – aged between 15 to 34 years – constitute almost a third of the South African population. But where are the voices of the youth themselves?

We have updated research we conducted four years ago in an attempt to answer the question. We wanted to understand what young people’s views were about their own lives and their communities 25 years since democracy.

Read also: Bernstein: SA economy is hostile to young – here’s how to change that

We focused on what the youth felt about themselves, their communities, their plans for the future, and the mechanisms that either help or hinder them as they transition into young adulthood. We compared this with the views of young people who participated in a similar study in the mid-1990s documented in the book “My life in the new South Africa: A youth perspective”.

Our main finding was that, despite the unfulfilled promises of the democratic era to alleviate unemployment and poverty, they retain hope for a positive future. The views of contemporary young people were surprisingly similar to those of youth in the mid-1990s who were absorbed by the sense of possibility that the democratic era offered.

However, we did also note that they were very cynical about political leaders of today, while youth of the mid-1990s were enamoured with the inspirational leadership of President Nelson Mandela.

In our study we prioritised the voices of young people. We focused on the lives of urban and rural youth in Gauteng and the Eastern Cape. Eighty-seven young people aged between 15 to 21 from diverse socio-economic backgrounds and education levels were selected for active and open conversation through focus group discussions.

The findings from this study were compared to those of young people who entered a letter writing competition in the 1990s. The letters were analysed and composed into the above mentioned book. The themes about daily life activities, relationships, and future expectations were similar across both studies, allowing us an opportunity to compare the outlooks of these two generations of young people.

Part of our research explored how young people’s current realities and contexts influenced the way they envisioned their futures. Discussions about their daily activities provided insight into their contexts.

Importantly, young people revealed the variety of responsibilities and roles they strove to balance – they were school-goers, employees or work-seekers, friends, caregivers, and members of households with responsibilities. This was indeed experienced by youth in the 1990s too.

I wake up and wash the school uniform I wore yesterday, clean the house.

You cook first then you do dishes.

I wake up and make coffee for my granny and thereafter cook porridge, clean the house and do my washing.

This demonstrates that, contrary to popular discourse, young people are not lazy but rather take seriously their education and their chores.

Engagement in extra-curricluar activities is important in a young person’s development. It assists in gaining experience, trying out new skills, and facilitating personal development and identity formation. Encouragingly, many of the participants mentioned a range of cultural and sporting activities as being important to them. Soccer and netball, church choir, and volunteer activities emerged as important activities for them.

This was not dissimilar to the experiences of young people in the 1990s. It was true even in poor areas, where church played a particularly important role. What was new for the contemporary group was access to shopping malls and mobile phones, which facilitated important peer engagements.

The participants studied had positive dreams and aspirations for themselves – a finding confirmed in a number of other studies on young lives in South Africa. They all expressed a desire to study further and improve their lives. Across all focus groups, from King Williams Town to Soweto and Orange Farm, most participants aspired for professional jobs such as being a lawyer, journalist, cardiologist, veterinarian or pilot.

There were also those who wanted to be police officers or social workers. These jobs are associated with the perception of stability but also reveal a desire to help their communities and support their households.

Importantly, only a few participants were drawn to the idea of entrepreneurship and had creative ideas of what businesses to start.

Read also: Young voters can’t be bothered, or are they just fed-up? #Elections2019

These aspirations were very similar to those of young people in the 1990s, albeit with more variety in job choice. A clear distinction between the two generations is that youth of the 1990s saw potential in an improved education system and expanded economic opportunity – the promises of the government of the day.

Comparatively the contemporary group were far more cynical and very aware of the immense challenges of youth unemployment, poor quality education, lack of career guidance, financial constraints to studying further, and poor political leadership. They reflected a real sense of being let down.

Despite this, most of the young people we interviewed retained a positive sense of future. Arguably this could be a way of coping with the reality of very limited opportunities for themselves – what others have referred to as the “quiet violence of dreams”.

Popular discourses about young people are often very negative and dismissive. Our research reveals how young people engage in their households and communities in positive ways and simply wish for opportunities to make something of their lives.

Their aspirations are no different from those of the youth generation of the newly minted democratic South Africa. Yet they have been enormously let down by poor quality education, persistent inequality and poverty, and structural unemployment. Continued support for young people – spaces where they are valued and feel they belong and where they can be supported on pathways to achieving goals – is crucial.