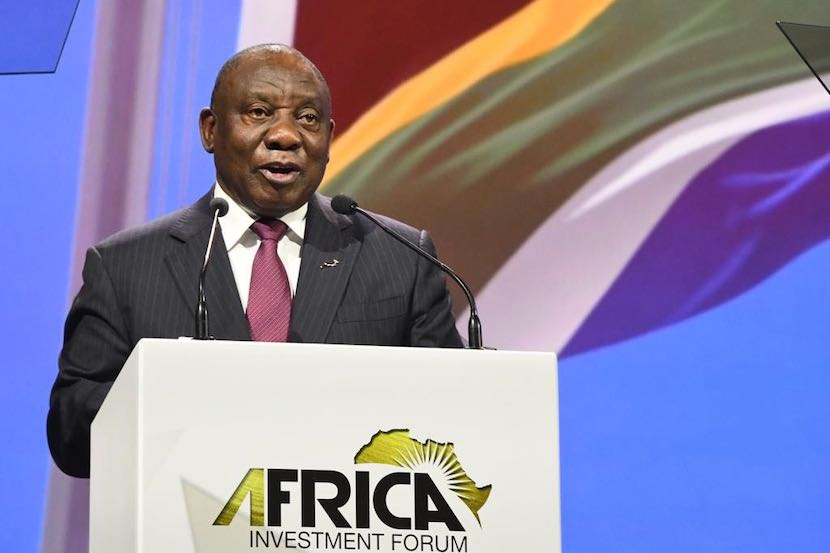 Any politician worth his salt won’t pick a fight when the odds are stacked against him. Which is the dilemma facing President Cyril Ramaphosa as the deep roots of the parasitic Zuptoid decade and crippling party policies see him choosing party unity above our (failing) State. This is a sobering story reflecting how global institutions which influence our future are now beating the drums deafeningly, signalling the urgency with which Ramaphosa has to take hard decisions – with seismic implications for his fractured party. When your own finance minister says it’s ‘game over,’ unless there’s deep infrastructural reform, in addition to what you’re about to read below, then Ramaphosa’s impending State of the Nation speech becomes pivotal. The biggest danger in 10 days’ time will be if our not-entirely-fearless leader echoes existing pledges to ignite growth, citing SOE and NPA management changes, plus investment – without taking on his internal party faction and revising growth-toxic ANC policies. His supporters will say anything unexpected would be political suicide, but you could argue over whether he’d be risking a fatal leap or potentially fatal slow poison. At least with slow poison there’s a chance of a death-defying antidote. Optimists are waiting to exhale… – Chris Bateman

World to Ramaphosa: Do something fast to save South Africa

(Bloomberg) – Pressure is mounting on South African President Cyril Ramaphosa to stabilise the government’s shaky finances and rescue an economy teetering on the brink of recession.

Since taking office in February last year, Ramaphosa has repeatedly pledged to ignite growth and reverse nine years of misrule by his predecessor Jacob Zuma. His ability to undertake reforms has been constrained by a ruling party faction that wants the government to play a greater role in the economy and by powerful labor unions opposed to state-spending and job cuts.

Warnings that South Africa is on a precipice have come from the International Monetary Fund, the World Bank, business executives and economists from Absa Bank Ltd. and other lenders. Even Tito Mboweni, Ramaphosa’s finance minister, has taken to Twitter to vent his frustration at the slow pace of reform.

Here are samples of the growing drumbeat:

When Ramaphosa took office, “market expectations for growth-enhancing reforms were high,” the fund said in a Jan. 30 statement. “However, sluggish implementation and persistent policy uncertainty did not validate those expectations, and business confidence is now close to all-time lows.”

“In addition to clean governance, South Africa needs better economic policies in the form of structural reforms across a broad set of activities and sectors,” the economists said Jan. 20. “Frustrations continue to mount about a perceived slow pace of change.”

“I know that our president inherited a very difficult situation, but to be clear and blunt he also hasn’t made some of the difficult decisions that need to be made,” Froneman said in an interview Jan. 28. “It’s time government acted in the national interest and not in the interest of the one party.”

Ramaphosa says he’s committed to getting the economy on track, clamping down on graft and making the government more efficient. He can point to some progress since taking office, including appointing a new chief prosecutor and head of the national tax agency, and replacing the boards and management of several state companies. He’s also embarked on a drive to attract $100 billion in new investment over five years, with a substantial portion of that already committed.

Political analyst Ralph Mathekga cautions that Ramaphosa hasn’t gone far enough, largely because he is pandering to competing interests within the African National Congress, which has ruled South Africa for 25 years.

“Unfortunately, the president is going to fail everyone equitably if he doesn’t take a position. He is seen as not to be willing to pick a fight,” Mathekga said. “I think we are having a presidency here that is resigning itself to being a crisis manager instead of a reformer.”

Ramaphosa’s office didn’t respond to a request for comment. The government is committed to fostering economic growth, creating jobs, turning state companies around and ensuring it appoints suitably qualified people, he told leaders of the ruling party in Pretoria on Jan. 20.

“We have been frank about the extent of the difficulties in our country,” Ramaphosa said. “We acknowledged where we have fallen short in the implementation of our policies and have devised realistic measures to address these.”