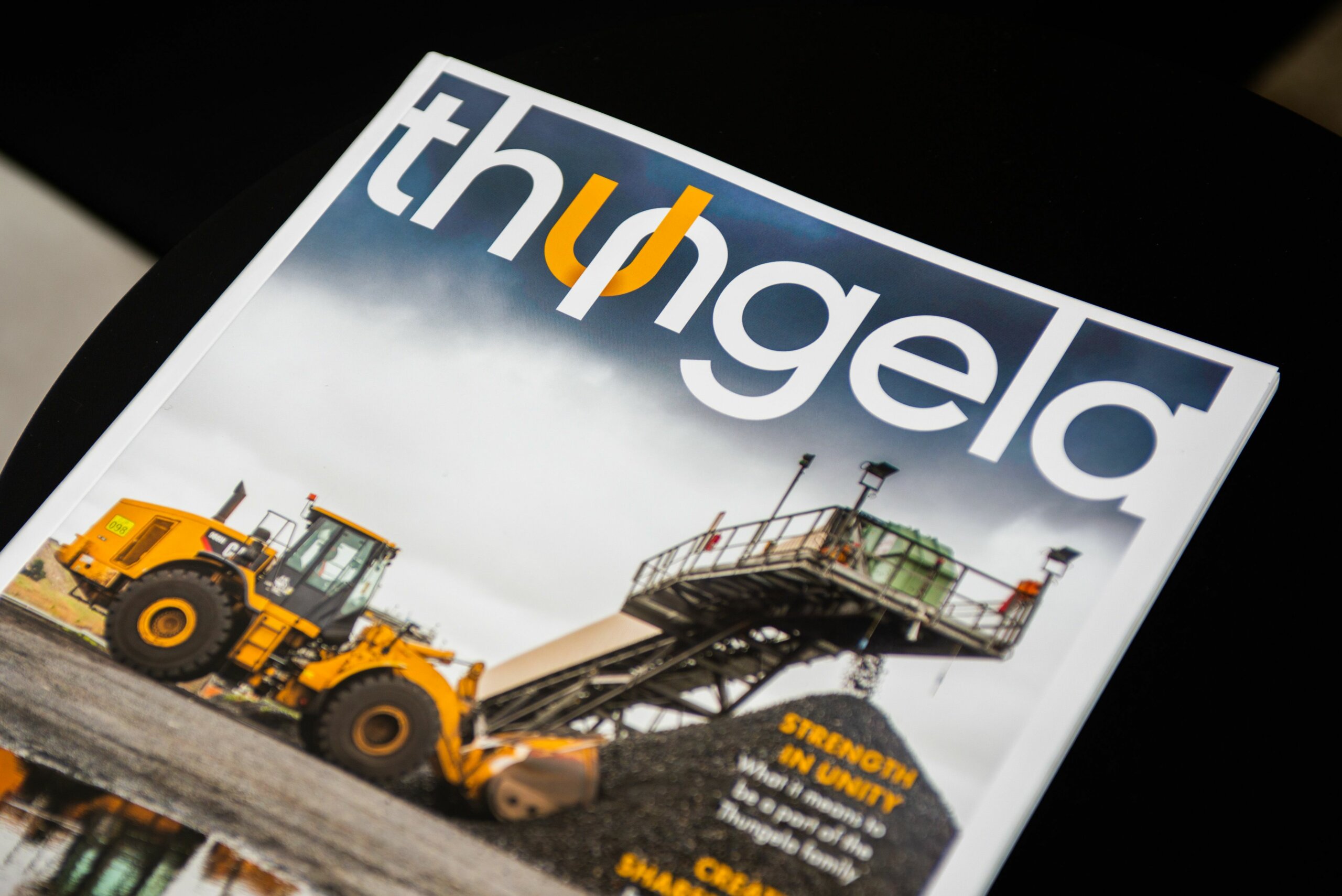 Thungela listed on the JSE on 7 June 2021 at R20,66. Since then, the share price has risen to its current R87, briefly touching R102,46 along the way. From R20,66 to R87 in less than six months is a remarkable result. Naturally, this rate of return is not sustainable, but is something more reasonable still on offer from these levels? I’m cautiously optimistic that it is.

The Thungela business model is not complicated. It aims to mine coal as cheaply as possible, and then sell it for significantly more. Naturally, the specifics of how it does so is much more involved, but in simple terms, it mines coal primarily for the export market; at the most recent run-rate, about 16.5 million tons per annum. The coal is then railed 600-odd kilometres by Transnet Rail Services to Richards Bay Coal Terminal. From there, it is shipped largely to clients in Asia; think power plants in India and China. The company also sells coal into the domestic market but the profits it generates on these sales are negligible, and hence its contribution to the value of the business marginal.

Five factors drive the bulk of the Thungela’s value: an international benchmark coal price, the rand/dollar exchange rate, the quantity of coal it produces, the cost at which it does so, and finally, the performance of Transnet Freight Rail Services. Specifically, the higher the benchmark coal price, the weaker the rand, the more coal it mines, the cheaper it does so, and the better Transnet is at railing it, the higher Thungela’s profitability will be.

Of the five, the one I’m least worried about is the exchange rate. The government is, unfortunately, taking consistently bad care of that. The two operational factors – the cost and quantity of production – has thus far been in line with management’s guidance. Moreover, the operational team has ample experience at the relevant mines. The remaining two – the benchmark coal price and the performance of Transnet – are matters of prayer. Let’s consider each factor in turn.

Take the benchmark coal price: the export coal Thungela sells is priced in relation to something called the Richards Bay Free on Board (FOB) benchmark price, also known as the API4 benchmark price. Benchmark prices are in US dollars per ton and, during the last 10 years, average annual API4 benchmark prices have ranged from a low of $55 per ton in 2015, to a high of $220 in 2021, with $78,8 per ton the 10-year average. It’s very important to note Thungela doesn’t sell its coal at the benchmark price but at a discount. The details of how this discount is calculated are unimportant. In essence, Thungela’s coal is compared to the benchmark coal and together with other quality and supply and demand factors, it is (usually) offered a discounted price (per ton) for its product, historically around 25%.

However, in recent months, the discount has narrowed to 17% as Thungela management has responded to the abovementioned parastatal challenges by railing some of its higher quality product. Management is confident a discount level of 20% can be sustained in the medium to long term as it implements several efficiency initiatives.

With respect to future benchmark prices – and hence Thungela’s discounted prices – well-known international consultancy Wood McKenzie estimates it will average about $80 per ton in real terms for the rest of this decade. As you can see, the benchmark price didn’t exactly behave sloth-like around the most recent historical 10-year annual average, and I suspect that the next 10 years won’t be much different.

This Jack-in-the-box price behaviour has very important implications for Thungela’s value and solvency. For example, when benchmark coal prices averaged $102 in 2018, the company generated net cash flows from operations of R6bn; R4,1bn after capital spending to sustain the business. On the other hand, when average benchmark prices dipped to $66 in 2020, the company generated R17m and was cash negative to the tune of R1.7bn after sustaining capital expenditures. This variability in profitability is the primary reason why management has recently indicated it will be maintaining a liquidity buffer of R5bn to R6bn when times are good – for use when they aren’t – and R2bn to R3bn when circumstances are reversed.

Factor 2: Transnet Freight Rail. As noted, Thungela currently mines about 16.5 million tons of export coal annually. Unfortunately, at present, it cannot sell this much coal. Why? Because Transnet hasn’t been able to rail that amount of coal from the mines to the ships. And the reason for that is two-fold: theft on the line (and of the line probably?); and a shortage of locomotive spare parts. Having said that, with industry help, Transnet is expected to up its game in the near term, which should see it rail at least 15 million tons of Thungela product in 2022.

Factor 3: the rand/dollar exchange rate. There isn’t much to be said here except that Thungela’s value is extremely sensitive to any movements in this currency pair. For example, according to my calculations, for every 10% move up or down in the average exchange rate over the next 10 years, Thungela’s value will rise or fall by 42%. Simply put: if you think the rand is going to weaken against the Greenback in the coming decade, Thungela is not a bad place to be (everything else being equal). And vice versa.

Factor 4: coal production and costs. As noted several times, Thungela is producing export coal at a current run-rate of about 16.5 million tons per annum. The plan is to increase this to 17 million tons in 2022 and 2023. On the cost side, the company is currently mining and delivering coal at a free-on-board cost price of about R833 per ton. The aim is to maintain operational costs at these levels over the next three years (in real terms).

Importantly, this free-on-board operational cost of R833 per ton doesn’t include the capital costs necessary to replace its current mining assets. Specifically, if the company doesn’t replace the tons it loses as a result of current production, there will be no more Thungela coal production in about eight years. According to my very rough calculations, it would need to spend about R152 per ton in real terms going forward to keep the coal coming.

The resultant valuation: thus far, I’ve highlighted and briefly discussed the five factors I consider the most important in determining Thungela’s value. But to estimate an intrinsic value – or more appropriately, a range of reasonable values – we need to put some specific numbers on these factors and their interactions. In other words, we need to run a scenario where we input ranges of specific numbers into a model and see what comes out the other side. Ideally, it shouldn’t be garbage-in-garbage-out, but this sort of exercise is as much an art as a science. As the Yogi Berra saying goes, ‘Prediction is hard, especially about the future’.

A middle-of-the-road scenario: let’s suppose the following – or something close enough to it – happens. One, the API benchmark price tracks the Wood McKenzie annual average estimate (in real terms) for the rest of this decade. Two, suppose that one US dollar will buy you at least R16,5 on average during this future period, and three, Transnet can consistently rail 16 million tons of Thungela coal from Mpumalanga to Richards Bay per annum. Then, according to my calculations – and given a conservative real cost of capital assumption of 14% – I get to a value of R36 per share; less than half of the current R87 per share. Hence, assuming my model is ball-park accurate, you wouldn’t want to be buying Thungela at these levels.

Something more optimistic: suppose the average annual benchmark prices turn out to be 10% higher than the Wood McKenzie estimates. Further, assume that the rand gradually weakens to around R23 against the dollar in 2030 (based on inflation differentials between the US and South Africa). Also, keep the cost of capital assumption at 14%. Finally, let’s not tempt fate; assume that Transnet still manages to rail 16 million tons of Thungela coal per year. Then my intrinsic value estimate would increase to R104 per share, or 20% higher than the current R87 per share.

Clearly, Thungela is not a buy-and-hold, bottom-of-the-drawer, no-brainer sort of investment. It’s a lit firecracker, and most definitely not a share you want to hold in the wrong circumstances. On the other hand, if short- to medium-term coal prices turn out to be higher for longer than what most expect them to, as I do, this is a train you want to be on … at least for a while.