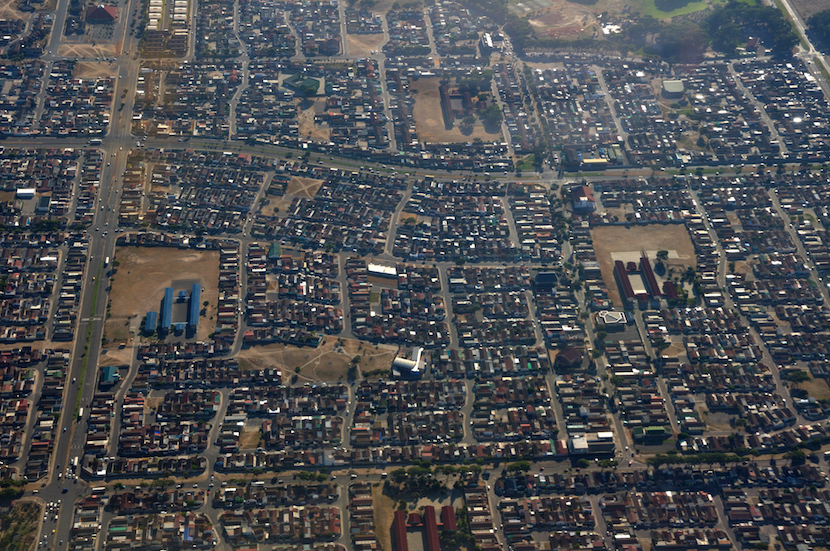 It’s known as the ‘invisible economy’ that no one is really talking about, but it’s keeping a large part of South Africa afloat. And the numbers prove it. Nielsen research shows that 20% of all money spent in SA is spent in informal stores, which sell goods to the value of R46 billion per year. And most importantly it’s increasing at 7% per annum vs formal stores at 4%. While some analysts reckon it’s even larger than the country’s gold mining industry. Louis van der Merwe explores the informal economy, and for it to bring true economic transformation, says South African government must follow the examples of both Hong Kong and Singapore. It must do more, not less, to create the conditions for enterprise development to thrive. – Stuart Lowman

In cities, townships, on main traffic routes in and around them, taxi ranks and other places where people gather in numbers, there is a massive, growing market and a free enterprise system which provides jobs and a livelihood for more than two million people.

This market already accounts for about 28% of the economy and R160bn per annum, GG Alcock author of best-selling KasiNomics tells us. He goes on to say that about 20% of all money that changes hands in South Africa is spent in the informal sector. To put this in perspective, this invisible market is larger than the entire South African (SA) gold mining industry.

A great irony for South African policy-makers that prefer a philosophy of centralised decision-making and control is that these invisible markets in South Africa already represent a very substantial part of the South Africa economy. They exist in plain sight, for all who care to see them. All of them populated by successful African entrepreneurs and start-ups. These markets have already transformed a significant portion of the economy with quintessentially African products and services.

Adam Smith’s seminal ideas in his now famous protest against monopoly capital “Wealth of Nations” published in 1776 is summarised as follows; If an exchange between two parties is voluntary, it will not take place unless both believe they will benefit from it. The core of Adam Smith’s thesis is, that man’s natural tendency towards self-interest results in prosperity for all without much effort from government. This mechanism became known as ‘the invisible hand’. All of these so-called invisible free enterprise initiatives are based on Adam Smith’s model for economic wealth creation and the invisible hand in it.

When travelling along the alternate routes one now follows to minimise E-tolls one passes numerous Shishebo stops (delicious stews cooked in traditional three legged pots). Truckers also travelling along these routes use Shishebo stops all the time for refreshment and a meal provided conveniently by these roadside entrepreneurs. Their popularity has grown exponentially. The “Your Perfect Shishebo Show” on SABC TV now has more viewers than the popular Masterchef SA. While this show is about delightful cooking and a delicious Shishebo it is as much about successful free enterprise, entrepreneurship and creating jobs.

There are more than 100 000 informal stores of which 70% are owned by non-South Africans. Of these informal stores about 70 000 are Spaza shops. These informal stores stand or fall on age old free enterprise principles; Convenience, price, quality, differentiation and customer choice. Customers are the main beneficiaries and their choices determine success and failure for specific stores. Fortunately markets have no ethnic preference. It is now widely accepted that learning faster than the competition is the ultimate way to succeed in a market as an entrepreneur, and in leadership.

In the personal care market there are more than 150 000 hair dressers who make a good living from in their salons. In the take-away business the Kota (a quarter-loaf hollowed out and filled with tasty goodies) and the Gwinyas (vetkoek) Kotas, the township hamburger can turn over more than 2 000 items per day in one outlet alone.

In the financial sector the role of Stokvels (community sharing and savings), 800,000 of them, has been well documented. In the Traditional Medicine sector 27 million people in SA use Muti and 133 000 people are employed in the Muti trade alone. Table top vendors number about 500 000 and make between R 1 500 and R 3 000 per month. All of these agents of free enterprise are taking responsibility for their own financial welfare which lightens the need for reliance on Government for a livelihood.

Taxis and taxi owners, the so-called miracle of the 80s, missed an ideal opportunity to learn about the principles of free enterprise and creating sustainable businesses. With the advent of Uber, the first in a series of disruptive technologies impacting minibus taxis, will not yield to physical attacks. Every time a taxi driver treats customers or other road users poorly they promote Uber with their well-selected trained drivers. We are witnessing with Uber and many other disruptive technologies the global invention of new business models that are part of what the World Economic Forum calls the Fourth Industrial Revolution. These new technologies and models will change forever how we use taxis, hotels, energy and indeed our lives in cities and elsewhere through a host of other emergent disruptive applications.

The Fourth Industrial Revolution marches inexorably onwards towards the future while at the same time SA policy makers and the promoters of the National Democratic Revolution (NDR) remain stuck in reverse attempting to go back to the future. The NDR is promoted under the pretext of “transformation” while the invisible African economy thrives and quietly transforms economic ownership and creates wealth thus challenging the NDR.

If you visited Hong Kong or Singapore thirty years ago the street level vendors that attracted passers-by then, now stand in front of sky scrapers they work from. Income differences have been dramatically reduced by a rising economic tide that has lifted the income of all citizens in these countries. These two countries are very good examples of economic transformation and Adam Smith’s invisible hand at work. If the SA Government decides to follow these examples it needs to do more not less to create the conditions for enterprise development to thrive. This freedom is the engine for learning and innovating faster than the competition. This remains the ultimate competitive advantage for individuals, enterprises and ultimately nations. Fear, arrogance and outdated ideology which is anti-freedom continue to be the enemies of learning.