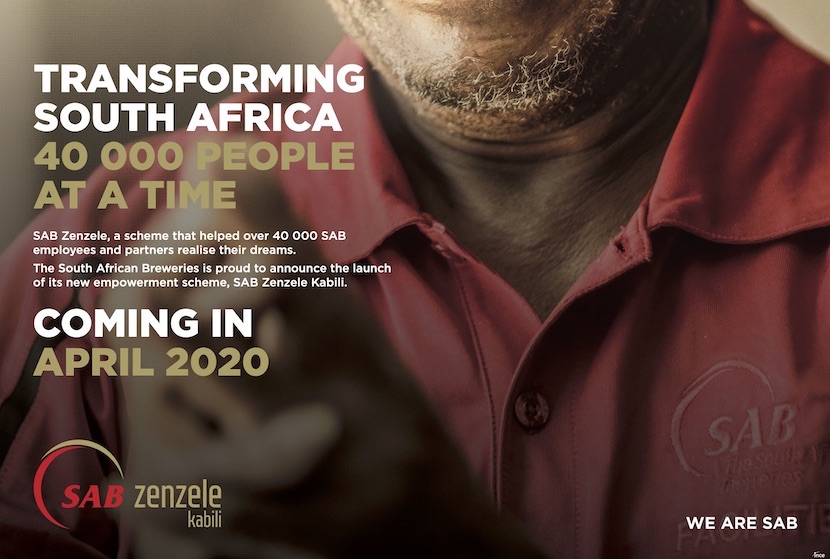 The South African Breweries (SAB) today announced the creation of their new R5.4bn broad-based BEE ownership scheme, SAB Zenzele Kabili. SAB Zenzele Kabili follows the decade-long success of the SAB Zenzele scheme, which will have delivered approximately R14bn in value for its beneficiaries, including SAB Zenzele’s 29,000 retailer shareholders, 13,000 current and former SAB employees and the SAB Foundation when it unwinds in April 2020. This is the largest and most prolific broad-based BEE transaction concluded in the South African FMCG industry. The SAB Zenzele Kabili scheme, which remains subject to shareholder approval, will replace and build on the success of SAB Zenzele with the intention of generating value for existing and new BEE investors.

“Following the success of SAB Zenzele, I look forward to the next chapter with SAB Zenzele Kabili” says Richard Rivett-Carnac, Director M&A and Treasury, SAB. “I believe we have reached our goal to deliver real economic benefits to thousands of South Africans through SAB Zenzele. We are excited to offer SAB Zenzele shareholders the opportunity to partner and invest in SAB Zenzele Kabili and build on the strengths of SAB Zenzele, empowering qualifying shareholders even further, as we enter the new decade. The opportunity to own AB InBev shares through SAB Zenzele Kabili means that they will participate and benefit from the growth of our global business. SAB Zenzele Kabili will also have enhanced liquidity and transparency of pricing for shareholders. Through engagement with the employee trust, we have worked on the principle of equal allocation, as we feel is the right way to allocate shares. We have worked closely with all of our stakeholders to build solid partnerships” he concluded.

“SAB is committed to contributing to long term economic growth and development in South Africa” said Andrew Murray, Vice President Finance, SAB. “With empowerment and ownership as key imperatives and core beliefs of the business, SAB intends to list the SAB Zenzele Kabili scheme on the JSE on Wednesday, 15 April 2020” Murray concluded. 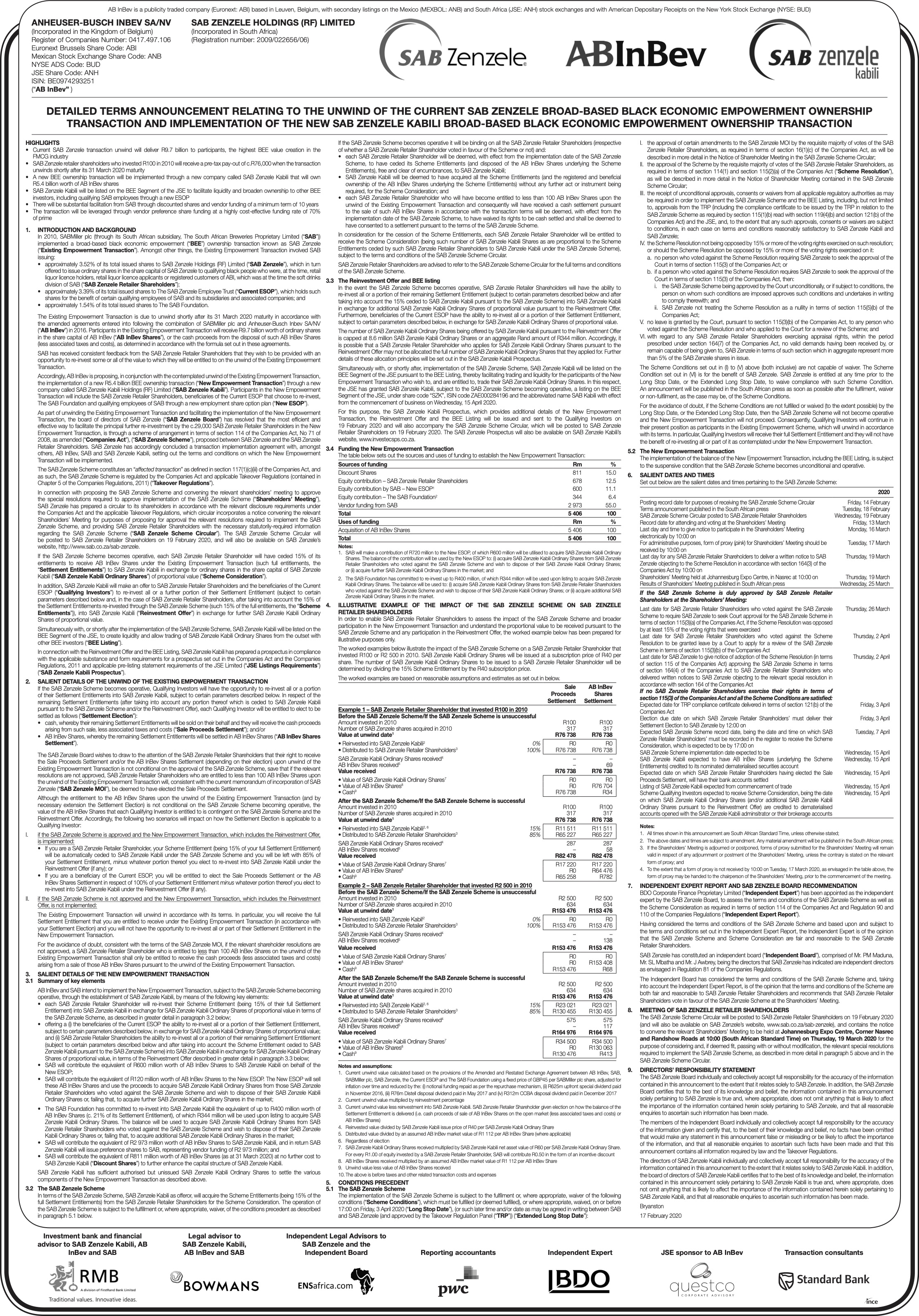