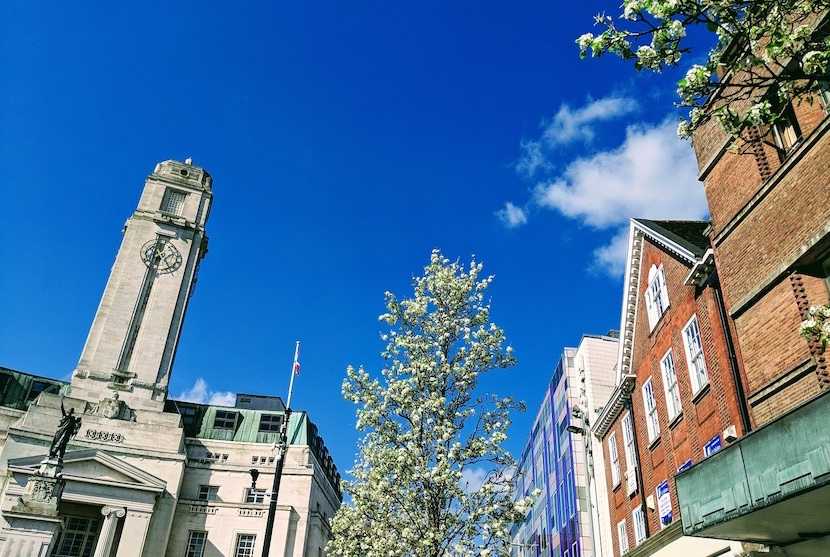 Luton was founded in the 6th century during the Saxon era, and it is approximately 250,000 years old. Many people in the UK have heard of the town of Luton, but many are unfamiliar with its past and present traditions. It’s mainly known as a London commuter town in the county of Bedfordshire. Here we present 5 surprising facts about the town of Luton.

Luton wasn’t always just a commuter town for professionals working in London. It has a thriving industry of its own.  Throughout the 1930s Luton produced as many as 70 million hats a year. Its abundance of factories, warehouses and workshops likened it to a town in the north, even though it is in southern England and many now refer to it as a London commuter town.

Luton Town Football Club was founded in 1885, and having enjoyed a few seasons in top-flight football, have earned themselves the nickname “The Hatters”, supporters are called “Hatters” and the club released a song called “Hatters, Hatters” in 1978.

On the day before the last Monday in May, the Luton International Carnival is held. It’s held on a public holiday and it’s a cultural event featuring a wide variety of music and performances and Brazilian-style dancing. The carnival was held for the first time in 1976, and by 1998 it received international status.

Luton is home to Vauxhall Factory which during the Second World War manufactured Churchill tanks for the British army. Unfortunately, Vauxhall failed to camouflage the tanks and Luton suffered numerous air strikes from the Luftwaffe. The airstrikes caused significant damage, killing 107 people and destroying 1,500 homes.

Throughout the 1970s Vauxhall experienced national economic decline and in 2002 Vauxhall announced its permanent closure of the Luton car plant. It has since been named a site of redevelopment, and the inclusion is a clear acknowledgement of Luton’s past.

London Luton Airport is the fourth largest of the six London airports and the fifth busiest in the UK. Per year, London Luton airport handles almost 17 million passengers and flies to 60 destinations across the world. During the Second World War, the airport was used by fighters in the Royal Air Force, and commercial activity in the airport only resumed in 1952.

Famous English cricketer Monty Panesar was born in Luton. He began his cricketing career at Northamptonshire and that was the club he last played for too. Monty has enjoyed a long career in international cricket, debuting with England in 2007 for the One Day Internationals. Although he is not currently associated with any county club and he last featured in the English cricket team during the 2013-14 ashes tour of Australia, he is a well-known cricketer.

Upset over the lavish spending on London’s Peace Parade, servicemen began to riot between the 19th – 21st July 1919, arguing that money would have been better spent reintegrating soldiers after the war. During the riots, Luton Town Hall was burnt down and afterwards all of those that were involved received severe penalties.

The Peace Day Riots have been used by Luton to see if it can bid for the UK’s City of Culture in 2025. The council has piloted a programme to demonstrate the potential of a City of Culture 2025 bid and has held several events celebrating Luton’s culture. One was the People Power Passion Outdoor Spectacular which was held exactly 100 years since the Luton Peace Day Riots. Residents could enjoy food, rides and entertainment from local artists.

Luton has a rich history and culture. Many of it goes under the radar as it is often overshadowed by its neighbours. It also has a growing economy. Plans such as the expansion of Luton Airport will create 5,600 new jobs in the airport and 10,400 new jobs in supply chains. Overall, the expansion plans will contribute nearly £1.3 billion to the economy of Hertfordshire, Bedfordshire and Buckinghamshire. Over the next twenty years, £1.5 billion will be ploughed into improving the town, with the former Vauxhall Motors factory sitting at the centre of the regeneration. Inevitably, all this regeneration will influence house prices. Luton has an average house price of £262,419. Trains into London take as little as 25 minutes. Once improvements and regeneration begin to take effect and Luton becomes a more attractive town to reside in, it is likely that people priced out of London will consider it. According to LendInvest, Luton has an average rental yield of 3.91%, capital gains of 7.29% and rental price growth of 3.70%. 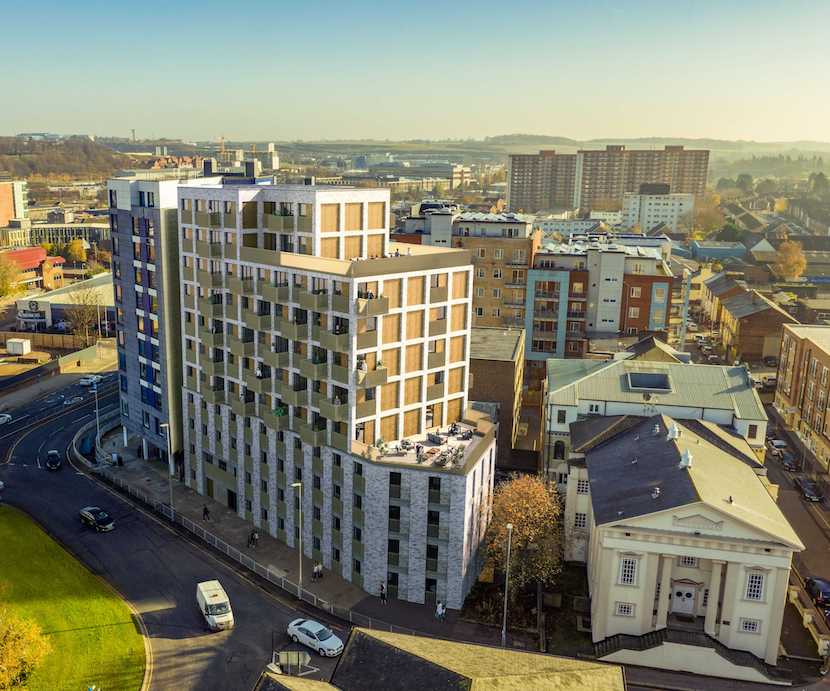 It’s an ideal time to consider Luton town centre property investments such as the Orion. Completing in Q4 2020, prices start at £179,900 for a one-bedroom apartment. Due to astonishing capital growth in the town, upon completion one-bedroom apartments are expected to be worth around £202,308.