It’s all about the methodology in calculating the costs behind your argument. And Eskom’s is blinkered and narrow – like the ANC government which is turning out remarkably similar to PW Botha’s globally-defiant regime as its power peaked and it went into political freefall. The renewable-versus-traditional energy generation debate is white hot at the moment as renewable costs drop year by year, making them ever-more attractive and cost-effective. But Eskom is having none of it in its overall policy approach, which leans heavily toward building another potentially financially-crippling (and environmentally-risky) nuclear power station. The new protagonist on the block is none other than the CSIR – and they point to a flawed Eskom methodology which was based on a constrained power system with high diesel turbine usage and load shedding. That makes for a poor argument, their scientists say, as the Integrated Energy Plan and the Integrated Resource Plan (IRP) goes out for public debate. Deliberately flawed government policy, some would say. Constructed with some guile as scores of beneficiaries of a nuclear deal with Russia wait hopefully in the wings for a golden payday. We’ll follow this debate with interest, taking several pinches of salt from the desalination process, to see just how much merit there really is in Eskom’s position. – Chris Bateman

Cape Town – The Council for Scientific and Industrial Research (CSIR) has refuted Eskom’s cost calculations regarding renewable energy, after the utility said surplus power caused a net loss of R9bn to the economy.

The final outcome will determine the energy mix government and Eskom will aim for. Eskom is a strong proponent of increasing nuclear energy power stations, as it believes renewables are intermittent and expensive and coal is a big carbon emitter. Renewable energy advocates, such as the CSIR, say the latest data proves Eskom is wrong.

“For the first six months of 2015, Eskom purchased 2 Terawatt hours (TWh) of wind and solar PV,” Eskom said in a statement on Tuesday. “The CSIR calculated a total financial benefit of R8.2bn. This was offset against the R4.3bn renewable energy tariff cost, resulting in a net economic benefit of just under R4bn.

“Using the same methodology, Eskom calculated the total financial benefits, which amounted to R3.2bn. This was offset against the renewable energy tariff cost of R12.2bn, resulting in a net loss of R9bn to the economy.”

The CSIR’s 5 reasons why Eskom is wrong

However, the CSIR told Fin24 on Thursday that there are five reasons why Eskom was wrong in this assumption.

“The methodology developed by the CSIR measures only the immediate fuel saving effect on the existing fleet and not the long-term effects on new investments that an IRP will measure,” it said. “Methodologically it therefore always grossly underestimates the lifetime value of a new power generator.

2. Short-term effects are measured incorrectly if the methodology is applied without adjustments

3. In 2016 only the most expensive solar PV and wind projects were operational

“Only (bid window) BW1 and BW2 projects of solar PV and wind were operational in 2016 (and a few BW3 projects for a few months). These are by far the most expensive projects – and they will be for the next 18 years (the residual time period of the 20-year power purchase agreements). 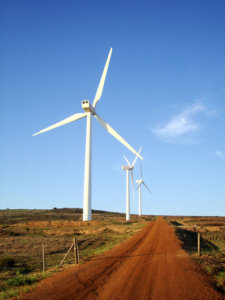 “South Africa effectively got a ‘discount’ on these expensive projects for the first two to three years when the power system was (and partially still is) constrained. This discount stems from both avoided load shedding and from diesel fuel savings.

“Both effects were not anticipated when the decision was made to implement these expensive projects. South Africa essentially made an investment decision into new power generator technologies, knowing that those of the first rounds are expensive and school fees were being paid in the first few BWs.

“Because of the coinciding constrained nature of the power system during the time when these power generators came online and worked as an ‘emergency supplement’, the country received a ‘discount’ on the cost of them for the first few years.”

4.The true value of the expensive first BWs lies in the cost reduction they achieved

“The real value in the projects of BWs 1-3 lies in the fact that without them the country would not have been able to bring the cost for new solar PV and wind down to the latest achieved R0.62/kWh – which is 40% cheaper than new coal.

5. All new BW4 projects are almost cost neutral from a pure fuel-saving perspective

“That means 45% less annual payments for 50% more energy, compared to the currently operational solar PV and wind projects. These new projects will therefore be almost cost neutral from a pure fuel-saving perspective (i.e. the entire cost of the new car is similar to the cost of the fuel only for the existing car).” – Fin24