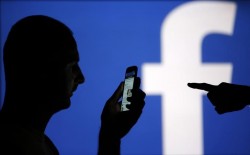 It’s no secret that down here in deepest Africa, we are not huge technological frontrunners. The interest (not to mention the energy) is just not there – for now, anyway. We at Biznews have great faith in the (eventual) focus on tech in SA and the continent at large, and it seems that global giants have sniffed out the same opportunity. Google, Facebook and Wikipedia are hauling out major campaigns and initiatives to gain market share across the Africa, though perhaps not in the same way we had hoped. This article discusses the intentions, possible downfalls and outcomes of the rush for African markets by the giants in industry.- CH

JOHANNESBURG, March 24 (Reuters) – Google and Facebook are at the forefront of a scramble to win over new African Internet users, offering freebies they say give a leg-up to the poor but which critics argue is a plan to lock in customers on a continent of 1 billion people.

Africa’s Internet penetration will reach 50 percent by 2025 and there are expected to be 360 millionsmartphones on the continent by then, roughly double the number in the United States currently, Mckinsey Consultants data shows.

Africa had 16 percent Internet penetration and 67 million smartphones in 2013.

This growth is attracting interest from Internet companies such as Google, Facebook and Wikipedia, which are striking deals with service providers such as Vodacom , MTN, Bharti Airtel and Safaricom to offer users free, or ‘zero-rated’ access to their sites and services.

Facebook, through its Internet.org programme, offers a stripped-down version of its social network and some other sites for free in what it says is an exercise to “connect the two thirds of the world that doesn’t have Internet access”.

Google, in partnership with Kenyan mobile phone firm Safaricom, is rolling out its “free zone” in Kenya, where email and the Internet are available with no data charges, providing users stay within Google apps.

Google has said its “free zone” is aimed at a billion people without the Internet in the developing world.

France’s Orange is offering free access to a pared-down version of Wikipedia in some African countries, while South Africa’s Cell-C gives its customers free use of WhatsApp, a messaging service owned by Facebook.

“It’s like a drug pusher giving you a small amount and saying: ‘If you want more, you have to come and buy it’,” Africa Internet access specialist Mike Jensen said.

Giving Africans free access to some Internet sites may also stunt innovation and limit the opportunities for African entrepreneurs, making online technology another industry on the continent dominated by big foreign companies.

“You are giving people the idea that they are connected to this free open world of the Internet but actually they are being locked up in a corporate digital prison,” Niels ten Oever, head of digital at rights group Article 19, told Reuters.

“Where will the African Mark Zuckerberg come from when they have no chance to compete?”

There are also concerns that regulators in Africa lack the capacity to track how telecoms companies allocate bandwidth. Telecoms firms sometimes limit Internet speeds for some content, known as “throttling”.

The United States passed rules in February to ensure greater “net neutrality”, intended to make sure all content managed by service providers in the U.S. is treated equally on the Internet, despite opposition from telecoms companies.

But African countries don’t have tough rules on “net neutrality”, meaning some services could be given faster access than others, which some activists say could give bigger companies an advantage over new market entrants.

The 24 sub-Saharan African countries tracked by Internet monitoring site WebIndex have “evidence of discrimination” in the allocation of bandwidth and have “no effective law and regulations” on Internet freedom.

“There is little transparency into the Internet operators’ deals so it is hard to see where conflict of interests might be,” Jensen said. “You’re left just having to trust them.”

Despite concerns about limited regulation and an uneven playing field, many experts argue that any improvement in Internet access in Africa should be welcomed, given it could improve education, grow businesses and alleviate poverty.

High speed broadband costs up to 100 percent of average per capita income in Africa, compared to less than 1 percent in developed countries, according to WebIndex.

“Would you tell someone who is hungry: ‘Don’t eat that greasy burger, it’s bad for you. Wait for something healthy?'” said Stephen Song, an Internet researcher for the Network Startup Resource Center.

“I’m not a fan of ‘zero-rated’ services but there is an argument to say: ‘something is better than nothing’.”