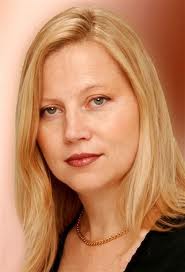 The weak rand is good for upmarket property developers. South African bricks-and-mortar is looking like bargain-hunting terrain for buyers with foreign currency to spend. For the price of an average place in the UK, buyers can get themselves ensconced in properties and lifestyles they could not afford back home.

The equivalent of R4m would get you a cramped two-bedroom apartment in central London, if you’re lucky, and at best a freestanding suburban home further afield. In South Africa, on the other hand, that wad of cash buys real estate where you can watch giraffes roam free. Or a flat so close to a pristine beach you can smell the sea spray as waves crash onto the sand.

And all within striking distance of restaurants, golf courses and other entertainment, medical facilities, airports – and basically everything you need to enjoy a comfortable life. Seems silly not to, if you have the means. – JC

Get set for another European invasion, as South Africa’s upmarket homes are punted in northern hemisphere markets. The weak rand is an easy marketing tool for property developers looking to offload luxury homes that make the most of the country’s natural beauty – and they are taking full advantage.

The top end of the market has taken some strain in recent years, though the most recent quarterly housing review from Absa suggested business was turning for the better. In a report on homes priced between about R4m and R14m, property analyst Jacques du Toit noted that nominal prices moved up 6,5% year-on-year (or just under 1% after taking inflation into account) in the second three months of the year.

That follows two years of prices not really moving up in any meaningful way in a segment of the market where the average house price is about R5,2m (that’s roughly US$500 000 or £325 000). With developers and agents aggressively promoting South African real estate to the rest of the world, and summer always a better time to sell, it seems likely the market will continue to improve for the rest of the year.

“The top end of the market is very active, particularly on the Atlantic Seaboard. They are not offloading properties; they are buying for big numbers,” says Geffen of foreign investors.

He says his organisation is punting the exchange rates in advertisements because the pricing when you convert hard currencies to the rand offers large discounts. However, sales have also picked up because “the market in general has turned worldwide”.

Other property marketers are also emphasising the exchange rate-linked discounts

As developer Graham Barnett notes to the UK’s property media in his new release on his Camps Bay Beach development: “Thanks to favourable exchange rates – currently with a keen 15-plus rand to the pound – Cape Town is a British bargain-hunter’s dream.’  Barnett is offering new three-bedroom beach front villas in Camps Bay, Cape Town, for R30 million (just under £2m or US$3m).

Also flagging up his property as a bargain thanks to the weak rand, is developer Mark Rutherfoord. He is selling land and rustic thatch lodges with access to bespoke safari-style services at Gondwana Game Reserve near Mossel Bay on the Garden Route for about R3,5m (about £200 000 or US$300 000).

That seems modest in comparison to what your money gets you in Cape Town (see pictures, below). Which is, no doubt, why locals have been biting at this one, too.

Rutherfoord says: “The favourable exchange rate was merely highlighted as a benefit to foreign purchasers. Most of our recent sales and resales of other owners’ properties has been to South Africans so it is most certainly affordable in the context of the second, or holiday, home market in South Africa.”

Nevertheless, in the next few weeks one property is transferring to a Dutch buyer and two others to a Swiss buyer. A retirement German couple living in South Africa has also just bought a plot, says Rutherfoord.

Although much of the interest among foreigners is in coastal regions, Johannesburg’s luxury home values are also benefiting from an uptick in international demand for South African properties. Geffen points out that Johannesburg prices are half of top-end Cape Town prices. Nevertherless, residential property is achieving R100m in the Sandhurst area, he says.

As for the most talked about property at the top end of the market of all, the Enigma mansion in Camps Bay: that’s still on the market for R300m. Geffen says the seller turned down an offer of R245m and will hold out for asking price because that is what the property cost the owner.

“The owner is a foreigner and the designated buyer is likely to also be another foreigner. If you compare this with foreign prices, this would equate to US$30m, which is not an over-the-top price for an upmarket Sotheby’s property,” says Geffen.

Labour unrest may have dampened sentiment around South African stock market investments. But, it is easy to overlook the nation’s troubles when you can imagine yourself sipping on a cup of tea as a pair of giraffes amble past your veranda. Or contemplating relaxing in a swimming pool that looks like it is pouring into the Atlantic Ocean, with Table Mountain right behind you – and just minutes away from a vibrant city centre.

Got an interesting property story to share with South Africa’s Biznewz community? Write to [email protected]

Other recent articles by Jackie Cameron: