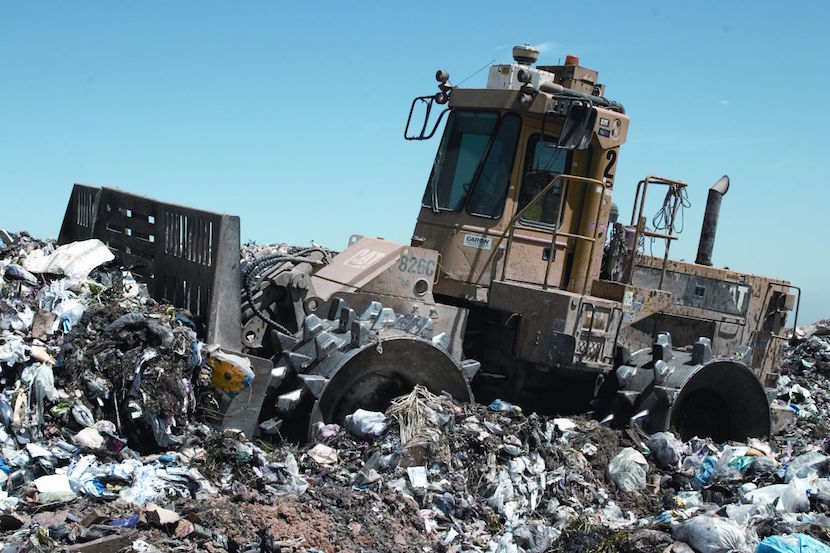 South Africa currently generates close on 110 million tonnes of waste a year. Most of it ends up in landfills and very little of it is recycled. If this could be changed, it would help unlock the significant wealth to be found in waste. It would also generate jobs and many new waste management businesses.

The gains that could be made are already evident in the waste tyre sector, where a successful recycling operation has been established in the past two years. This has been done under a public-private partnership known as the Recycling and Economic Development Initiative of South Africa (REDISA).

The REDISA model works like this. Using a communications network established and maintained by REDISA, transporters collect waste tyres from dealers and landfill ‘pickers’ and take them to storage depots or directly to recyclers. Some of the spent tyres are burnt in cement kilns, so reducing the coal that would otherwise be needed as fuel. Others are used to make tyre ‘crumbs’ from which rubber-infused products such as playground surfaces, dustbins, and roof tiles are manufactured.

The operation is financed via a levy which is paid by the manufacturers and importers of new tyres and goes directly to REDISA. The levy raises some R500m a year and is used to pay the pickers, transporters, and storage depots, and to cover many of the costs of the recyclers.

In its first two years of operation, REDISA has created more than a hundred new businesses and generated well over 2 500 jobs. It has also processed close on 140 000 tonnes of tyre waste and will soon have the capacity to process all the tyre waste (roughly 170 000 tonnes) needing to be dealt with every year. By contrast, before REDISA began its operations, only 4% of tyre waste was recycled, while the rest ended up in landfills or was burnt.

The REDISA model, having proved its success in the tyre sector, is now ready to be rolled out to a host of other waste sectors, beginning with plastic waste. However, the REDISA model is now under threat from the National Environmental Management Waste Amendment Act of 2014.

The most worrying aspect of this new law is a provision requiring that waste management levies must in future be paid into the National Revenue Fund. This means that the revenue needed to fund waste processes will no longer be ring-fenced to be used solely for recycling.

Moreover, since there is no mechanism whereby monies paid into this fund can be earmarked for particular purposes, there is a real risk that the levies will not be used for waste management at all.

The danger here is illustrated by the plastic bag levy. This was introduced by the Government in 2004 to curb littering, as the plastic shopping bags then being provided free of charge by supermarkets were so often and easily discarded that they had been dubbed South Africa’s ‘national flower’. Equally important aims were to promote the recycling of plastic bags, generate jobs, and help empower poor communities.

A key shortcoming, however, was that the proceeds of the plastic bag levy were paid into the National Revenue Fund. From here, the relevant monies were supposed to be allocated to the Department of Environmental Affairs (the department) to fund the recycling of plastic bags.

Since its introduction in 2004, the plastic bag levy has generated more than R1.1 billion in revenue. However, only some R215 million (roughly 20%) has gone to the department for recycling purposes. The remaining monies have disappeared into the general coffers of the Goverment and have been used for a host of other needs, including (presumably) the payment of public service salaries.

If the 2014 amendments are not revised, this flawed model will be extended to all spheres of waste management. If this occurs, REDISA’s current successes in the recycling of tyre waste are likely to be reversed. The huge potential that exists to recycle other forms of waste could also be jeopardised.

With the youth unemployment rate standing at 63% on the expanded definition (which includes those too discouraged to continue seeking work), the Government should be looking for every opportunity to generate jobs and expand the small business sector.No single reform can, of course, suffice to overcome the country’s current economic malaise.

In the waste management sphere, however, there is a simple policy solution that would immediately generate jobs and empower poor communities, while simultaneously helping to clean up the environment.

What is needed is a public-private partnership, in which the Government would create an enabling policy environment and the private sector would carry out day-to-day operations. At the same time, the waste levies needed to fund the process would go directly to the companies responsible for daily implementation – and not into the general coffers of the State.

This policy solution is based on the REDISA model, which has already proved its value. It would provide a win-win solution, which would generate jobs and new small businesses, clean up the environment, and help South Africa benefit more fully from the worth to be found in waste.

* Anthea Jeffery is Head of Policy Research at the Institute of Race Relations.