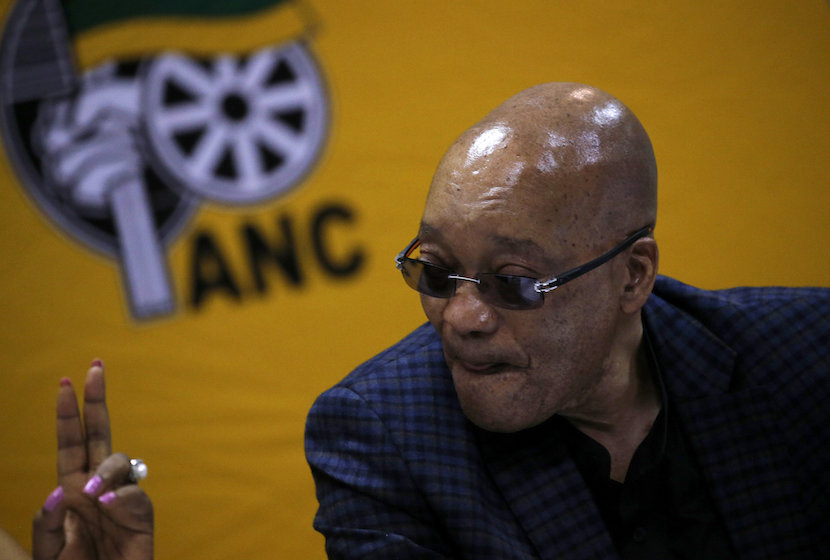 There are a few simple truths following the political ructions of the past week. Some of these issues are freely admitted by the ANC whilst others are unintended consequences of the events we have recently witnessed.

The basic truth in dealing with President Zuma is that the ANC will wish to manage the process as best it can without influence from the Opposition or an increasingly critical media. In his press conference late on Friday night, Secretary General Gwede Mantashe re-iterated this point.

Ultimately, no political party holding a 62% majority will allow the debate about its own fortunes and that of its President to be dictated to by its political enemies. It’s as simple as that.

Secondly, with a local election looming, any recall or impeachment proceedings would damage the necessary unity that the governing party requires to conduct its election campaign. Already battered by competing ideologies, personalities and scandals, the ANC simply cannot afford deeper divisions in an election year.

Thirdly, when your President has deliberately and effectively ring-fenced himself with loyal ‘cadres’ who cling to his coat-tails and derive patronage as a result, a threat to this system is a much broader threat to cohesion and recipe for deep schisms.

Lastly, in the light of this, the question must be asked whether the President himself is clinging to power at all costs or whether his own party is now in a prolonged and messy stage of micro-managing his eventual disengagement of from the top job in the country.

Unraveling the complexity of the Zuma years might well be the toughest challenge for the ANC since 1994. This will take time to smoothly accomplish especially in the context of the divisive leadership battles only 18 months away at the 2017 ANC elective conference.

Assuming the truth of these characteristics of the ANC today, the party seems to have little choice in how it has proceeded so far and its response may be seen as technically logical.

But, just how politically prudent it might be is another matter altogether. And that is why the President’s apology is the ANC’s ultimate gamble thus far.

On Friday night, Zuma made himself the key issue in the looming local government elections. In one swoop, he became the central focus of the political discourse in the country. And there’s the rub for the ANC.

It is already apparent from the 2014 election that urban support for the ANC is at an all-time low – as were approval ratings for the President even before the latest round of intrigue (on both the Gupta and Constitutional Court issue).

With ANC support in Nelson Mandela Bay below 50% in 2014 and hovering at that level in Tshwane, the ultimate political risk for the ANC is that it is prepared to sacrifice its councilors and metro executives in favor of keeping the President in office.

President Zuma has now become a conduit for all discontent. The nature of his apology has been roundly rebuked from a variety of quarters and tellingly from a number of ANC insiders. The cumulative total of transgressions, errors and misrule has now reached the proverbial tipping point.

For the ANC, this reflects a serious reversal of its position at the beginning of the year. Whilst Zuma was hardly an asset in urban areas, the party had succeeded in taking ownership of the racism debate – a very effective election issue that could’ve stunted opposition (especially the DA’s) growth.

Ultimately, the brand of the ANC was still the winner here – despite the tarnished image of its leader – and race-related electioneering platforms could’ve been decisive in maintaining dominance.

In the apology, Zuma effectively negated that campaign asset for the ANC. Racial and racist controversies have now been usurped by those surrounding the President’s own longevity in office.

And, as a result of Friday night, the ANC has largely taken its weakest link and placed it at the center stage of its election campaign.

#Zuma did not apologize for violating his oath of office and breaking the constitution. He only apologized for "confusion and frustrations"

Any elections held this year while the President is still in power is therefore more likely to be portrayed as a referendum on whether or not he is fit to hold office. The ANC’s weakest link just became the Opposition’s strongest ally.

This has to be one of the biggest political risks ever by the governing party.

In other words, in the short term, there is no more local politics. All local politics has become national. Forget about service delivery and non-payment of municipal debt – these are now barely the focus.

Finally, in a single dominant political system like ours with a lack of true political competition, any ruling party may become dangerously complacent about staying in power. Simply put, they have a propensity to take it for granted.

Given the events of the last week, the ANC still needs to understand that while it retains ultimate political authority with 62% of the popular vote, it’s moral authority has eroded. Despite its weighty legacy as custodian of the struggle, even that can become vulnerable and erode its power.

For the ANC and President Zuma. Friday night’s apology is either their bravest move yet or foolishness personified.