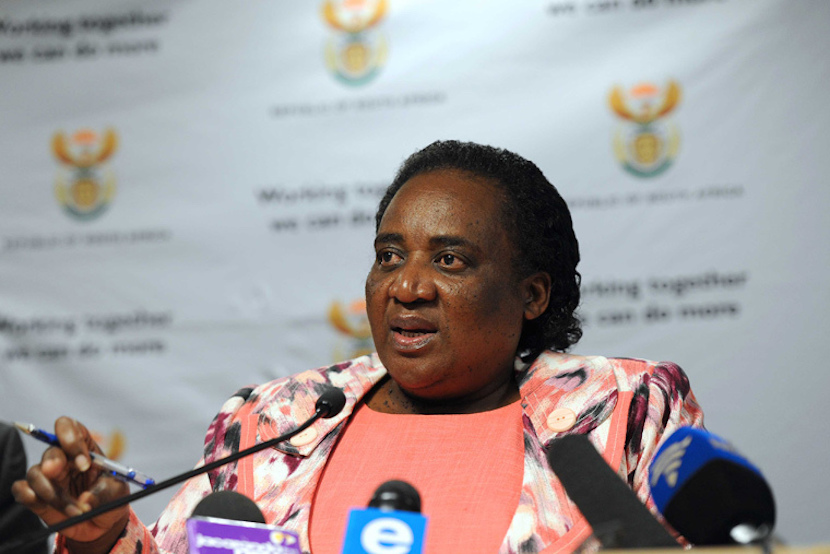 Unintended consequences of blunt policy tools are highlighted in Anthea Jeffrey’s brilliant assessment of the newest threat to South African employment. Delusional labour minister Mildred Oliphant is determined to club businesses into Employment Equity submission by imposing hefty fines on those whose staff demographics don’t meet her flawed targets. Oliphant clearly has no grasp of how jobs are actually created. Entrepreneurs work with scarce resources, so are continuously calculating the best way to allocate them. Eventually, even the most settled will start to seek different geographies if the playing field becomes too heavily weighted against them. Oliphant’s thought processes are a reminder of the command and control approach which drove the Soviet Union to economic destruction. Punitive legislation kills jobs. Period. What South Africa desperately needs, as Jeffery articulates here, is precisely the opposite to the labour minister’s edict. And as the IRR’s latest research show, the people know it too. – Alec Hogg

Labour minister Mildred Oliphant is itching to have companies fined R1.5m or 2% of turnover (whichever is the higher amount) for allegedly failing to meet their racial quotas under the amended Employment Equity Act (the EE Act) of 1998. Instead, she should start listening to ordinary black South Africans, only 7% of whom endorse the EE Act and its emphasis on demographic representivity.

When the Commission for Employment Equity released its 16th report last week, the minister was quick to warn that ‘a grace period of about six months’ would be allowed before her department started to ‘crack down hard on non-compliance’ by private sector employers with the EE Act.

In issuing this threat, Ms Oliphant seems to assume that she has solid popular support. However, as a recent field survey carried out for the IRR (Institute of Race Relations) has shown, a mere 7% of black South Africans agree that ‘only black people should be appointed until those in employment are demographically representative’. Since this is essentially what the EE Act demands, it is striking that so few people support this requirement.

Support for the EE Act among black South Africans has also dropped sharply over the past 20 years. This is evident when the results of the IRR survey are compared with those from field surveys carried out for the Helen Suzman Foundation (HSF) in 1996 and 2000. (The IRR’s question here was modelled on the HSF one, so as to make it possible to track trends over time.)

In the HSF’s 1996 survey, 19% of blacks agreed that ‘only black people should be appointed until those in employment are demographically representative’. This percentage was already low; but, in the HSF’s 2000 survey, support for this perspective among blacks dropped even further, from 19% to 13%. As the IRR survey now shows, black support for this requirement has since declined still more and currently stands at a mere 7%.

These results go completely against the Government’s script. However, they are not in fact surprising. Like all affirmative action measures all around the world, the EE Act benefits only a relatively small elite. It offers nothing to poorly schooled black people lacking the experience and qualifications for management posts.

The IRR field survey confirms this assessment, for only 17% of black respondents agreed that affirmative action in employment had helped them personally. By contrast, 83% of blacks disagreed.

South Africa cannot hope to expand opportunities for the disadvantaged without much faster economic growth, millions of new jobs, and schools that are effective in imparting essential knowledge and skills.

Ordinary South Africans are well aware of this too. Asked in the IRR field survey how people’s lives could best be improved, 78% said the solution lay in ‘more jobs and better education’. A mere 4.6% urged ‘more BEE or affirmative action in employment’.

However, Ms Oliphant shows little interest in what ordinary people think. Nor does she show much interest in why businesses are battling to fulfil the racial targets the EE Act requires.

In fact, the supposed ‘norm’ of demographic representivity, on which these targets are based, is deeply flawed because it ignores the age and skills profile of the population.

The EE Act assumes that, because black South Africans make up 77% of the economically active population (EAP), they should make up 77% of senior managers too. But the EAP includes all those between the ages of 15 and 64 who either work or wish to be employed. Given the youthfulness of the black population – more than half of black people are under the age of 25 – the EAP includes many black teenagers who have never obtained a matric or worked at any job at all.

Read also: Papenfus: To Labour Minister Oliphant, what must we do about these Whites?

By contrast, senior managers can be drawn solely from people with appropriate experience and skills. In 2015, only 40% of blacks fell within the 35-64 age cohort that might be considered eligible for senior management posts. In addition, though degrees or diplomas are often necessary or advisable for such jobs, only 5% of the black population then held any kind of tertiary qualification. This means that the pool of black people from which senior managers can realistically be drawn is far smaller than the EE Act assumes.

The public service has overlooked these practical constraints in raising the level of black representation at senior management level to 60% at national government level, 73% at provincial level, and 64% at local government level. But this also helps explain why the World Economic Forum now ranks ‘an inefficient government bureaucracy’ as the second most important obstacle to doing business in South Africa.

Instead of threatening struggling businesses with crippling fines for failing to fill unrealistic racial targets, Ms Oliphant should focus on the real elephants in the room. These include the shortage of suitable skills, the labour laws that price the unskilled out of work, and a sluggish economy that will never be able to generate the millions of jobs required while government policy remain so hostile to the private sector.