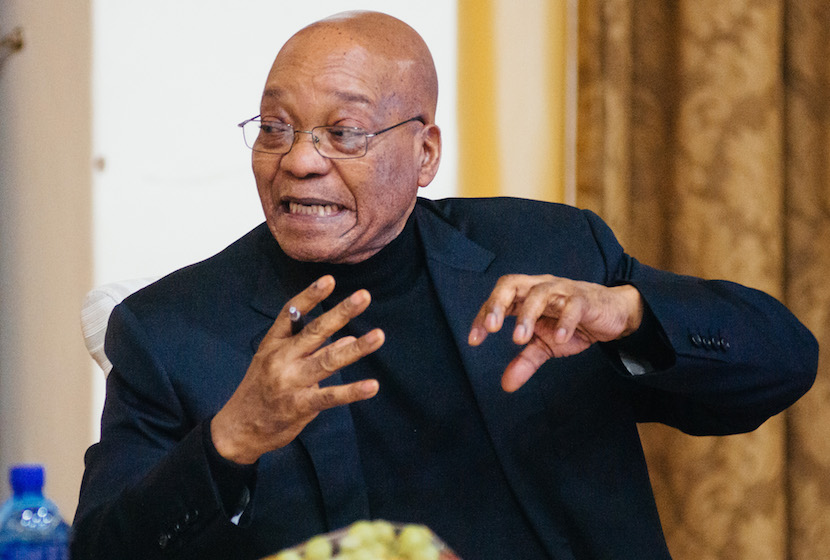 There is a school of thought that offering President Jacob Zuma an amnesty deal is the easiest way to remove him from office in order to allow South Africa to clean up state looting and get on with the job of restoring the economy. It is hugely tempting, as Zuma has successfully wriggled out of hundreds of corruption and other charges. And, as recent events indicate, he is proving very difficult to pin down on allegations related to state capture. With law-enforcers at best incompetent but with key figures in state agencies in Zuma’s pocket, it could be very difficult to successfully prosecute him in connection with widespread corruption and state capture. By offering Zuma amnesty, South Africa would stop throwing good money after bad. But Roger Southall, a senior academic at the University of the Witwatersrand, explains why offering Zuma an amnesty deal – a distinct possibility – is an incredibly bad idea. Above all, the South African government needs to send a message to its citizens and the world that it will no longer allow itself to be for sale as the details of the #StateCaptureReport are laid bare for the world. – Jackie Cameron

As the roof of Jacob Zuma’s presidency begins to cave in, there is the suggestion that, to save South Africa and the continuing damage that his incumbency is doing to the economy, he should be given amnesty.

It would seem this is meant to give Zuma a cast iron assurance that the charges pertaining to his involvement in corrupt dealings around the arms deal be dropped. It would also serve as a guarantee that charges will never be reinstated.

With such assurances, it is suggested, he can be pensioned off as a former president to spend the rest of his days watching over his chickens and lazing around by his firepool in Nkandla. South Africa will then be able to get on with the job of restoring its brand and getting the economy going again.

At first sight, the idea is a tempting one. But probe just a little bit deeper and it becomes clear that it’s a very bad idea.

When amnesty is justified

Granting amnesty to dictators and warlords can be justified as a legitimate option if it serves to bring an end to brutal civil wars, halt killings and restore peace. If dictators identify their continued occupation of office as necessary to ensure their physical survival and guarantee their freedom from arrest, they are likely to do everything within their means to hang on to power. So the killings continue.

This sort of logic prevailed in the case of South Africa’s own transition. Provision was made for amnesty to be granted to those, on both sides of the conflict, who were guilty of crimes against human rights which could be proved to be politically motivated.

This process was never carried through very thoroughly, and there are still some very unpleasant people at large who have never been prosecuted for brutal crimes. This continues to make many South Africans very uncomfortable. Yet, over the long term, most would conclude that a somewhat unsatisfactory peace is better than the war that might have engulfed the country if the (often unsavoury) deals around the political transition had not been struck.

But considerations such as these should not persuade South Africans to think of letting Zuma off the hook.

Most political commentators agree that the Zuma presidency has done enormous damage to the quality and institutions of democracy in South Africa. Details were revealed in Thuli Madonsela’s final report as Public Protector, which dealt with state capture and was released on November 2 after a legal battle. The report addresses, among other issues, alleged corrupt deals involving the Gupta family and well as the removal and appointment of ministers. The report investigated whether this resulted in “improper and possibly corrupt” awarding of state contracts and benefits to the Gupta family businesses.

Along the way, “capture” of state institutions such as the South African Broadcasting Corporation, the National Prosecuting Authority, the state utility Eskom and South African Airways led to the corrupt diversion of resources towards individuals and companies related to the Guptas, at a major cost to the exchequer. It also led to many bad decisions being made. One notable case is Eskom’s attempt to commit the country to a nuclear future.

So why not step in now, wave Zuma goodbye, perhaps even give him a golden handshake, and stop the rot?

The simple answer is that it would not work.

The problem extends beyond the presidency

Getting rid of Zuma is only part, albeit a major part, of any solution which will seriously begin to tackle the scourge of corruption.

What about the Guptas? And what about Zuma’s extensive Gupta-connected patronage network? Are South Africans simply to concede amnesty to all, merely in the hope of better behaviour in the future by those who have so blatantly abused public office?

Or if South Africans were to demand a cleaning out of the Augean stables, would they be happy to prosecute merely the foot soldiers while their former generals were allowed to go free?

South Africa is a very violent society. But, thankfully, it is not a country in civil war. If it was, and getting rid of Zuma would lead to peace, there would be solid grounds for peacemakers striking a deal with him, however unpalatable. But South Africa is not at war and does not have to reach for extreme solutions.

Indeed, as a constitutional state, the country has the architecture and the instruments to prosecute wrongdoers at the highest level, and to justify the mantra that “everyone is equal before the law”.

Of course, for this to happen, there is the problem of getting the governing African National Congress to agree.

Zuma and the ANC

The momentum within the ruling party for a change at the top is growing day by day, and it seems increasingly unlikely that Zuma will be able to see out his term as president of the party, which ends in 2017. He is less and less able to guarantee the safety and security of his cronies as the wheels begin to come off his presidency.

As more and more prominent individuals within the party and its allied trade unions begin to call for his head, the weaker his control over the National Executive Committee of the ANC, and the more likely that he will be asked by its power-brokers to stand down. Yet he is likely to bargain hard, demanding amnesty for past and current crimes – and the ANC might be tempted to grant it to him.

After all, if Zuma were to face trial (indeed, he could face several), then the ANC’s dirty washing would be hung out to dry over a considerable period of time. So if the point of getting rid of him would simply be to secure the ANC’s re-election in 2019 – the scheduled date for national elections – this would be as politically costly as it would be embarrassing.

In short, the grant of amnesty to Zuma looms as a very real possibility. But civil society should not allow it to happen. And if those within the ANC who are calling for the party to reform itself are genuine in their demands, they should argue for the ANC to face the consequences. No pain, no gain. Unless there is a cost, there is the danger of replacing Zuma as a person and not as the head honcho of the system of wheeler-dealing and patronage that he has put in place.

Symbolism of a president in the dock

Prosecuting Zuma would send out the message loud and clear: that South Africa remains a constitutional democracy. 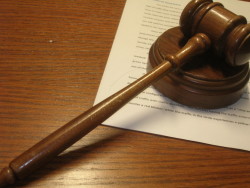 It would send out a warning to all those enjoying political office that corrupt dealings carry a high risk of costly consequences. It would restore faith among South Africans in a state whose reputation is at its lowest point since 1994. It would encourage ordinary people to pay their taxes, and restore their confidence that these will be well and honestly used.