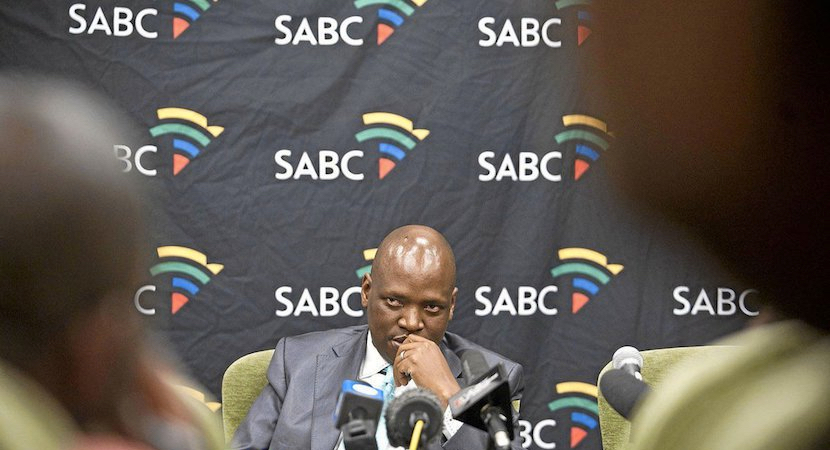 ‘Over seven full days, more than 20 witnesses painted a picture of widespread impunity, irregular finances, board divisions, staff purges, editorial interference and employee fear at the broadcaster since at least 2011.’ Paul Herman News 24 15/12/2016

The SABC is a microcosm of South Africa, when all that is required for evil to prevail is for good men to do nothing. How did this happen?” Fana Moekoena of the EFF – Room E249 parliament – 12/12/2016

Room E249 in parliament was the venue for the ad hoc committee of the Parliamentary Communication Committee’s investigation into the state capture of the SABC  and its pervasive corruption which started in the Mbeki era and has continued unabated and unchecked ever since.

At the close of business for the year on December 15, Phumzile van Damme, Democratic Alliance shadow minister on communication, summed up some of the most important events in a week of sordid revelations about an organisation which the ANC’s Snouting Faction has long held by the throat as it squeezed out every available drop of corrupt patronage that it could: 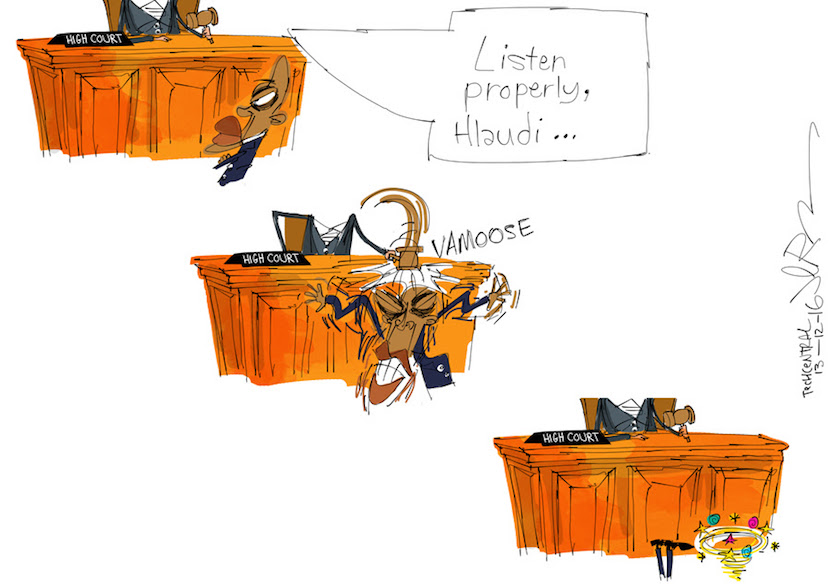 Here are some of the quotable quotes from the hearing:

“I urge those who are intimidating witnesses to stop.”

“We need to send out a message that the SABC is not a playground for people to loot and do as they please. This Hlaudi needs to go to jail. I’m strongly of that opinion.”

“Minister. There is a public outcry about how SOEs, including SABC, are run. Now minister, there has also been an outcry that the ANC leadership, which includes all of us, have become arrogant. This was admitted by the SG of the organisation. Indeed this is not a figment of the public imagination.

“I’m very disappointed about the minister. I think the minister ought to have become humble before South Africans. I honestly think she was extremely arrogant. The fact that she was standing outside the meeting [on July 7, 2014] and soon after that she just came in to endorse what the board had decided, to me it’s just an indication of how covert she was in terms of exerting her own influence. I have a strong feeling that the minister misled us and misrepresented facts.”

“Why were so many educated professionals so beholden to a high school dropout?

“Chair, I told you this is not our man, so I am going to Pretoria tonight.”

“An independent media is not a luxury. It is not an extra that can be dispensed with when the executive arm of the state wills it.

“The practices of journalism … have been subverted at the SABC, and under Mr Motsoeneng’s leadership, supported by the board, this state of affairs has been exacerbated.

“Public service journalism is dying at the SABC … the ‘protest policy’ is the straw that broke the camel’s back…. I have decided to say no to the reign of terror by Mr Motsoeneng and his cohorts.

“The sum total of all of it is that the Broadcasting Act is no more. We live in a situation where rule books, the Constitution, have been torn up and we rule by might and might alone.”

“What SABC executives haven’t informed you about is they have allowed SABC money to be used to build a rival channel – ANN7.

“Yet, the money the owners of TNA make, none of it – not a cent – goes to the SABC. From the millions they make through sponsorship, to the tables they sell at those breakfasts – they do not take any of that to the SABC except, perhaps, to the people who make things happen for them.

“If you were to put it that way, yes, he (Motsoeneng) is very powerful man, powerful if he cannot be called to order by the board. Former [acting] CEO Mr Jimi Matthews used to say, ‘You know, we are all adults’, in a way to say, you know where the orders are coming from. We all knew where the power was.”

“It (Gupta proposal document) was talking about rebranding SABC News, that TNA will not pay any rental, that the SABC will provide resources and journalists, TNA will retain advertising revenue. That, right there, was enough to understand the context of the meeting.

“I knew if I opened the door (to the Guptas) that we were going to have problems.”

William Bird of Media Monitoring Africa commenting on Hlaudi Motsoeneng getting a R30 million commission for selling of the SABC archives to Multichoice for a risibly low price:

“That’s the equivalent of rewarding a paedophile by giving him access to more children.”

Duduetsang Makuse of the Save Our SABC coalition:

“Ultimately the SABC belongs to the people of South Africa, considering that seven million of the 12 million TV-owning households rely solely on the SABC.”

“Part of the problem with the SABC at the moment is because Mr Motsoeneng has such unrivalled control of editorial content. And through him the state and the ministry have unacceptable levels of control over content.

“Her (Muthambi’s) conduct has seriously damaged the broadcaster and media freedom, and she is not suitable for her position.

“The (Muthambi) amendment gave two individuals unprecedented power at the SABC, and we describe this as state capture.”

After proceedings were concluded for the year in Room E249, Belinda Bozzoli, Democratic Alliance Shadow Minister of Higher Education and Training, revealed that ‘bogus’ might be too kind a word to describe the PhD of Mbulaheni Maguvhe and it became known that the SABC’s lawyer, Lucky Thekisho, was recently convicted of making fraudulent representations.

The remains of Emily Hobhouse are interred in the National Women’s Monument in Bloemfontein and the words she wrote at the turn of the last century still resonate today:

‘In this South Africa of ours, true patriotism lies in the unity of those who live in her and love her as opposed to those who live on her but out of her. The patriots and the parasites’.

The Room E249 investigation into the SABC cesspit – so assiduously created by Luthuli House for the past two decades – provided us with telling examples of both.