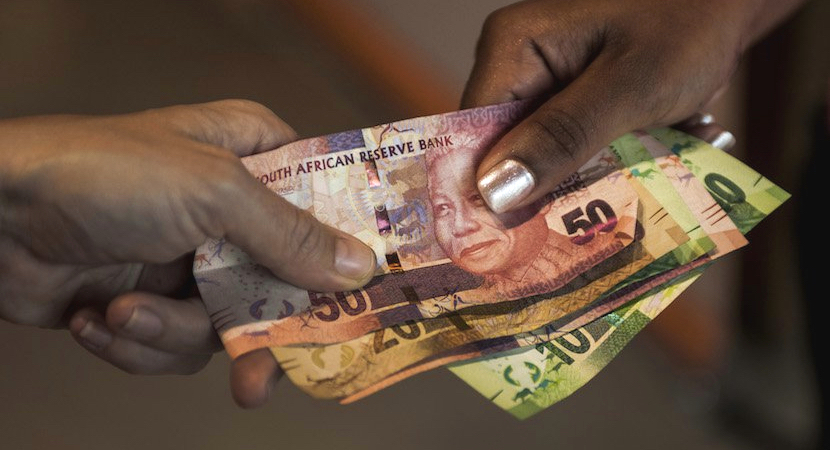 We’re having the wrong conversation. Somehow in all the guilt, anger and resentment that drives our dysfunctional, mainly racial discourse, we keep talking about inequality and redistribution. These blurry concepts require decades-long solutions predicated on growth and competitiveness. As Shawn Hagedorn puts it, high volume poverty alleviation requires inter-alia, boosting value-added exports, which would require a total ANC policy reversal. The nation’s poverty will be increasingly entrenched if we fail to follow the example of successful post-colonial nations which created massive numbers of jobs through exporting value-added goods and services. So where does that leave us – given that both internal factions of the warring ANC – Zuptoids and Charterists – agree that policy and legislation must focus on inequality and redistribution? However short sighted that is, the media’s entrenching of this dominant discourse and the overriding prominence it gives to the leadership succession battle, merely serve to distract from the real problem – the lack of growth. The ANC has effectively endorsed Capitalism (it’s the “White Monopoly” part that it claims is the real problem) – why not then create the vitally needed growth instead of a hybrid cobbling-together of the most poverty-inducing elements of Socialism? Proper Ubuntu is impossible if we can’t pull together sufficiently to manufacture a cup big enough from which we can all drink. – Chris Bateman

Seemingly unrelated headlines, about colonialism and an insufficient numbers of black asset managers, combine to spotlight: why economic solutions are remarkably elusive in SA, and how this situation can be made more manageable.

It cannot be overemphasised that SA’s political economic dialogue is too dysfunctional to accommodate the emergence of a workable growth model. The dialogue obstructions must be unblocked for the nation to move forward.

Politically, the factions of the ruling party are fraying but they still coalesce around focusing on inequality and redistribution. Economically, it makes no sense to emphasise the blurry concept of inequality as decades of focusing on high volume poverty alleviation is required to noticeably reduce inequality.

High volume poverty alleviation requires dramatically increasing value-added exports which, in turn, requires that the ruling party initiate sweeping policy reversals to emphasise growth and competitiveness ahead of equality and redistribution. While this doesn’t suit any of its formal alignment partners, such a shift should appeal to the ruling party’s, and its partners’, moderate, less-aged members who are inherently more concerned about poverty alleviation. Yet their influence is muffled as they lack a commercially compelling and politically sellable plan.

Such a plan can’t be cobbled together in a vacuum. Solutions need to travel paths which are politically navigable. Such necessary inputs are inaccessible without first transcending the dialogue challenges.

Among the reasons the dialogue impediments are so difficult to overcome is that there is remarkably little understanding, in the public or private sector, regarding how successful nations have managed their economic development. None of SA’s pre- and post-1994 economic models were ever sustainable. Hence half the population is poor with poor prospects.

Economic development has been a hot branch of economics for over a decade as the global economy aggressively pivots from industrial-led to services-led growth. Multitudes of patterns and principles are being upended as industrialisation, the cornerstone of development virtually everywhere, recedes.

SA’s economic challenges are positioned along the leading edge of today’s historic global shifts, yet they are ignored politically in favour of an inward focus on inequality and redistribution. The nation’s poverty will become increasingly entrenched in the absence of following the example of successful post-colonial nations which created massive numbers of jobs through exporting value-added goods and services.

Within many of SA’s asset management companies resides tremendous economic analysis sophistication. For the most part however, such expertise relies on imported tools developed to suit the features of highly advanced economies. Today’s global pivot to a “new normal” creates profound commercial incentives for SA’s leading asset managers to recalibrate their methodologies and expand their tool sets.

A basic follow-the-money analysis will highlight that money is redistributed in various ways from the affluent to those who are trying to escape poverty; significant portions of those funds then flow to lenders to repay high priced loans. This is hectically shortsighted, yet broadly accepted.

Metaphorically, this amounts to harvesting juvenile fish. Those who are somehow escaping poverty and government dependence are weighed down by imprudent indebtedness. From an economic development perspective, SA has pursued various policies that are the inverse of successful former colonies.

That SA’s political economic dialogues is deeply inadequate was demonstrated by a real-life pop quiz in 2014. Among all the voices of senior public and private decision makers, only two demonstrated an understanding of the economic development risks of resuscitating African Bank – the two lone dissenters were asset managers.

Redistribution always had a role to play but it has been poorly managed.  As appealing as redistribution is to many politicians, expanding reliance on it, through legislating increasing ownership and control quotas, is certain to backfire if it follows anything that resembles the state owned enterprises precedents.

Out of necessity, us-versus-them must give way to we-are-all-in-this-together type thinking. Having more senior black asset managers in the private sector is a solid idea if it leads to greater insights regarding how public and private decisions influence emerging households and communities.

SA needs to shift the composition of asset managers to include far more economic development expertise. This makes solid business sense as does having a more multicultural perspective.

That SA’s policy makers are closed off to global realities is a systemic risk factor. It must not be accompanied by ignorance around how policy decisions play out across the country’s marginalised communities. From a dialogue perspective, it is much harder for political opportunists to push back against such local insights – as they do with those from the successes and failures of former colonies.

Asset managers compete to provide attractive risk-adjusted returns. In doing this they perform the extremely complicated and essential task of continually updating prices of financial assets. This allows capital flows to respond efficiently as opportunities shift. Yet traditional macroeconomic investment tools are predicated on assumptions that don’t hold in SA. This country’s economic liabilities are compounding while its income potential is increasingly hindered by misguided policies.

To meaningfully join the global community requires specialising to the point of being among the best in the world. SA should lead the world in having asset managers that intimately understand the success determinants among emerging nations.