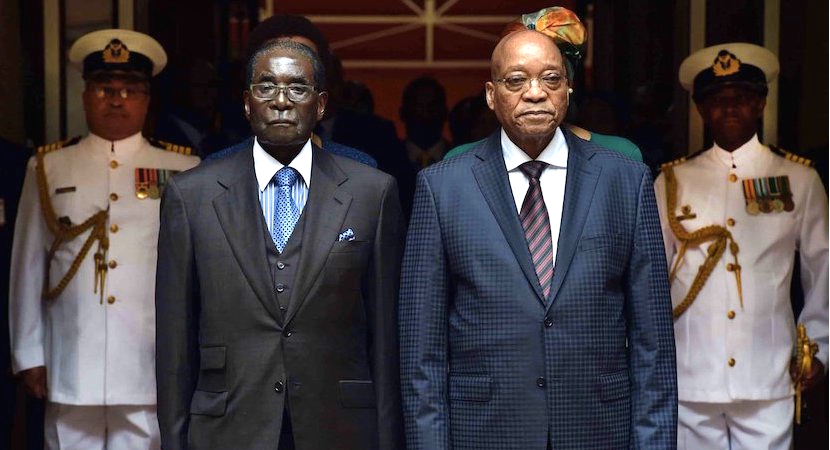 Numbers and finances expert Glynnis Carthy, could be accused of being ageist in this piece which cleverly juxtaposes the dramatically differing ages of (way younger) private versus public CEOs (read way older, presidents) – were it not so very pertinent. It’s a different argument to the ‘grey power’ one which so strongly pertains to addressing South Africa’s and other developing countries’ huge lack of skills. Across both sectors, leaders are a small cohort that can draw on a deep and rich base of skills and experience – yet randomly across the globe we see ageing political incumbents in dramatic contrast to the relatively youthful executives leading corporations in the private sector. Like the traditional grandpa and grandma, are the older political leaders less flexible and more conservative, less able to respond to the rapidly evolving challenges of our fast-moving times than their youthful colleagues in the private sector? A read of Carthy’s list, which includes South Africa, Zimbabwe, Nigeria and the United States, seems to suggest so. It’s a fascinating theory. Perhaps the next step would be to unpack the successes and failures of those politicians grouped in her age brackets, to see how much weight this lends to her thesis. On a quick reading, it seems a bit like the curate’s egg; good or bad in parts…  – Chris Bateman

I have recently been pondering the fact that the world seems to have several leaders of countries that are getting on in years. This is despite the fact that the average retirement age is between 60 and 65. Make no mistake, getting on in years is normal, to be expected and something that is currently happening to each of us. I am not suggesting that we should retire at a specific age – that depends on what each of us values in our lives. However, why would a leader of a country preside over legislation that pegs the retirement age at close to their own age (and in some cases, at younger than their own age)?

In general, as we age we slow down, both physically and mentally.  So, I did a bit of research into the age of the leaders of various countries.  The leaders are listed from youngest to oldest but grouped into categories that I believe are appropriate based on the typical stages of life.

Not newbies (have some experience of life, loads of energy, news ideas and are often even considered trendy)

Safely in a working-age category (have experience of life, wisdom and good energy levels)

Time to slow down (have lots of experience of life, more wisdom but energy levels do start to decline – so, take up hobbies, create a business on the side, travel or enjoy the grandchildren instead)

Past it (have loads of experience of life and wisdom but energy levels have declined –keep up that business on the side if you like, maybe travel and enjoy the great-grandchildren)

Way past it (have loads of experience of life, hopefully loads of wisdom but energy levels are low.  In some cases, continue to travel and enjoy the great-great-grandchildren. In fact, are some still actually thinking clearly?)

By comparison, the average age of the Fortune 500 CEO is 58, but there are some who are very young.  In fact, the 5 youngest are between 32 and 43.  Why is it that the CEO of a company would generally be fairly young but the CEO of a country is, on average, in the time to slow down, past it and way past it categories?

Apparently, no one on their deathbed has ever said “I wish I had spent more time at the office”.  If this is so, I think there is a good argument to be made for continuing to enjoy life in whatever way we believe is best irrespective of our ages.  But does that mean pretending you are in your 20s or 30s when you accept what can only be a very demanding job as a CEO of a country?