JOHANNESBURG — The one reassuring thought given the Public Protector’s call to strip the South African Reserve Bank of its dependence, is that members within the ANC have stood up and brushed it off. And while that is no guarantee, it’s a step in the right direction. And it could be argued that Busisiwe Mkhwebane was wearing her Zuptoid coat when she called on the Bank’s constitutional mandate to be changed from the protection of the value of the Rand and the pursuit of price stability to ensure that “socio-economic well-being of the citizens is protected”. Aka in pursuit of “radical economic transformation”. Well known economist Azar Jammine unpacks Mkhwebane’s statement in the fascinating piece below, arguing that the road she’s chosen is a one way ticket to Venezuela. She overstepped the mark with her statements, and the analysis shows why she’s literally a fish out of water. And the local currency’s recent slide seems to agree. – Stuart Lowman

One was understandably shocked to learn that the new Public Protector Busisiwe Mkhwebane put forward a recommendation that the Reserve Bank’s constitutional mandate be changed from the protection of the value of the Rand and the pursuit of price stability to ensure that “socio-economic well-being of the citizens is protected”. This intervention can be construed as interference in the Reserve Bank’s well entrenched independence.

Included in these is the growth of the Chinese economy and its transformation into becoming the manufacturing hub of the world able to produce goods at a cheaper price than other manufacturing nations have been able to do, in this way enhancing growth in disposable income and boosting economic growth through the world.

However, there is no reference in the Public Protector’s statement to the effect that it is calling for the abandonment of inflation targeting. Rather, it is calling for monetary policy to be subjugated to perceptions by politicians as to what drives higher economic growth.

In this sense, it seems to take a contradictory view to the evidence of the correlation between inflation targeting and higher economic growth over the past two decades. What is amazing is why, amidst so many pressing political and judicial issues, such as those related to state capture, the Public Protector chose to enter the fray in an arena in which her credentials can be called to question. Her recommendation smacks of a value judgement on her part suggestive of the view that the Reserve Bank’s monetary policy is impeding economic growth.

It is as if she has determined unilaterally that limiting inflation to a maximum of 6% is harming the well-being of the poor and enhancing that of the rich. This shows a lack of understanding of the fact that the rich can protect themselves against increased inflation through appropriate investment in inflation hedging assets, but the low income earners have no such wherewithal to ward off the effects of a loss in the purchasing power of whatever paltry income they might earn.

It is also relevant to note that it is not as if the current mandate of the Reserve Bank pays no attention whatsoever to economic growth. On the contrary, its mandate for the pursuit of price stability through the protection of the value of the country’s currency is deliberately stated as being in the interests of “balanced growth”.

One concern is that once there is an abandonment of the discipline of pursuing the fight against inflation, politicians might have the freedom to feel that they can introduce populist policies and high levels of government spending in the interests of short-term palliatives aimed at enhancing their appeal to the electorate and thereby improving their ability to be reelected. 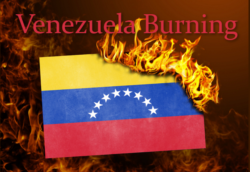 Examples abound of the endgame dangers of such an approach. The most obvious is Zimbabwe, but more recently the classical case study in question is that of Venezuela. Currently the fight against inflation has been so badly lost that riots have been breaking out incessantly amongst the population against higher food prices and their inability to afford to feed themselves.

The potential ramifications of changing the constitutional mandate of the Reserve Bank away from price stability in favour of supposedly ensuring the socio-economic well-being of its citizens is protected could have had dramatically negative ramifications for the Rand and financial markets.

The impact could have been still worse given the announcement last Thursday of the controversial Mining Charter by the Minister of Mineral Resources. However, the 1% to 2% depreciation experienced by the Rand was relatively minor given the enormity of the potential impact on the image of the Reserve Bank as the remaining certain bastion of financial stability in the country.

Fortunately, a number of factors have conspired to limit the damage.

Secondly, many analysts took the view that there was little likelihood of the Public Protector’s recommendation acquiring support where it counts most, viz. in Parliament.

Besides doubts regarding the support for the recommendation by many members of the ruling party itself, a two thirds majority is required to change the Constitution and this is unlikely given the current allocation of seats amongst parties. It is doubtful whether the EFF would support the ANC on any such matter in the current political environment even if it might sympathise with some of the sentiments underlying the recommendation.

Thirdly, and most importantly yesterday, the ANC Secretary-General Gwede Mantashe, as well as the party’s official spokesman, Zizi Kodwa stated that they felt that the Public Protector had exceeded the mandate of her jurisdiction in her pronouncement.

Then it emerged late yesterday that none other than Finance Minister Malusi Gigaba, on a visit to London to garner support against further credit ratings downgrades, stated categorically that the National Treasury supports the independence of the Reserve Bank. Besides, the Bank had earlier stated that it was going to take the matter to Court to have the recommendation set aside.

There can be no doubt that, on its own, the recommendation made by the Public Protector would ordinarily have increased the probability of further credit ratings downgrades. Why this issue is so important is that a further one notch downgrade on its S&P and Moody’s ratings on the country’s local currency debt, in which most foreign bond holdings in South African debt are held, would necessitate South African bonds being dropped from the World Government Bond Index (WGBI).

This would precipitate sales of between R100bn and R150bn worth of such bonds by foreigners. The impact on the Rand would be enormous, potentially causing inflation and interest rates to rise and economic growth to decline still further than it has already done.

It is fortunately becoming abundantly clear that many senior members of government as well as the ANC are beginning to recognise this possibility. Deputy President Cyril Ramaphosa has appealed to the party not to take the economy down to rock bottom with its shenanigans. Pointedly also, it is becoming increasingly apparent that Finance Minister Malusi Gigaba has endured a baptism of fire since stepping into that position. One senses that he did not anticipate the negativity which his appointment in place of Pravin Gordhan would elicit and that policies of radical economic transformation needs to be crystallised far more effectively than has been the case hitherto for positive investor reaction to be generated.

The efforts of his Cabinet colleague with regard to the Mining Charter have damaged his cause. He has been attempting to resurrect the CEO Initiative and to improve relations and trust between government and the private sector in recent weeks, clearly recognising the “worst-case scenario” implications of further credit ratings downgrades. However, it is debatable whether such actions will succeed in staving off such a move.

Already S&P has suggested that Mkhwebane’s recommendation has increased the likelihood of a credit rating downgrade as too has Fitch with regard to the Mining Charter. Against these, the unequivocal criticism of the Public Protector’s move and its rejection by senior members of the ANC, will have worked to generate a little more confidence amongst the credit rating agencies that attempts at changing the Constitution, will not see the light of day.

On the other hand, the very fact that none other than the new Public Protector even considered making such a recommendation has cast a shadow on the integrity of South Africa’s institutions which have formed the bulwark of the country’s defence against credit ratings downgrades.

As for the rationale for the Public Protector’s move, although she has defended it on the grounds of working in the common interest of the people, one suspects it was a cheap attempt at establishing her credentials as an independent thinker of equal standing to her predecessor.

It is certainly not helping the country and its future, but then again maybe it’s the kind of move that might mobilise and galvanise forces to defeat attempts at state capture once and for all in the not too distant future, possibly in the guise of the presidential electoral outcome which might turn out to be more favourable for the longer term economic outlook than many currently fear.