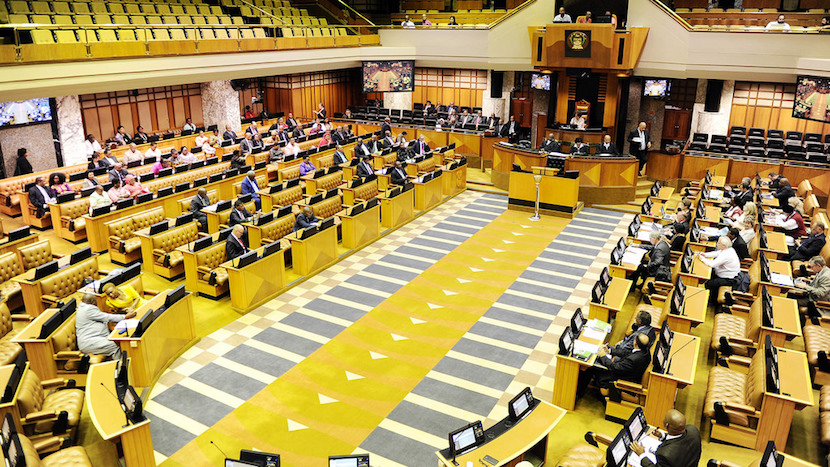 JOHANNESBURG — With the ANC on Tuesday announcing that it plans to discipline MPs who voted for Zuma to go last week, it increasingly looks as if the divide within the ruling party is starting to widen significantly. With internal discord in its ranks, the risk of a group splintering off from the ANC is becoming ever greater. The key question now is whether a few MPs will be able to take a few million votes along with them, and could a splinter group team up with the DA and EFF in a new coalition government in 2019. Expert Shawn Hagedorn explores this topic in the piece below. – Gareth van Zyl

Jacob Zuma’s two key challenges now appear far more elusive than he, or anyone else, would have anticipated a year ago: First, he needs his camp to prevail at their party’s December leadership conference. Second, the ANC must maintain its ruling party status past 2019. That these two objectives have become increasingly incompatible points toward an ANC split with much potential to oust the party from national governance.

Moody’s recent SA review pinpointed the fundamental political-economic disconnect when it stated: “It is unlikely that a political consensus will emerge which supports investment in the economy and reinvigorates the reform effort sufficiently quickly to reverse the expected negative impact on growth and on the government’s balance sheet.”

Politically and economically, SA’s central reality is that over half the voters are desperately poor. Nonetheless, senior ANC voices openly advocate for putting the party’s interests ahead of the nation’s. For the first time, such statements now tempt political reprisals given the ongoing waves of corruption allegations amid persistent economic weakness.

The party’s various factions were united by their collectively favouring high reliance on redistribution to redress historical inequities. Alongside the corruption crisis which is pulling the party apart, many redistribution policies have become counterproductive necessitating a fundamental shift which will further tug at party unity.

SA’s economic policies have routinely dismissed economic mathematics. Redistribution always needed to be part of the solution mix for overcoming massive poverty. But over reliance on redistribution eventually becomes counterproductive. That point has been reached.

For example, it is appropriate to tax and regulate mining operations for the benefit of those least well off. However, once such redistribution efforts become excessive, the mining operations cease to be economically viable. When a mine closes, it becomes easy to observe the resulting ghost town. Most of the assets remain but they cease to be productive.

Similar efforts which create excessive reliance on redistribution through various forms of taxes and regulations create ghost town effects across the economy but they are not directly observable. That SA’s credit ratings are slipping below the investment grade threshold despite a relatively low debt-to-GDP ratio reflects this macro ghost town effect, as does companies stockpiling cash rather than investing.

The country simply has too many poor people relative to its domestic purchasing power. SA can only sustain rapid poverty alleviation through steadily building value-added exports. Over the past fifty years, one Asian country after another has awoken to this key insight. The days when SA could ignore such core policy considerations have passed.

Focusing on surging value-added exports requires economic policies which are pro-business and advance competitiveness to enable integrating into the global economy. Each of the ANC’s key factions, the communists, cronies, unionists, and populists, favour redistribution over pro-growth policies. Such biases were always going to provoke today’s economic malaise – per capita income growth will soon have stagnated for a decade.

SA’s core economic mathematics are poised to alter political calculations. Career prospects for those in the ANC’s anti-Zuma camp will likely look much more promising a year from now if they breakaway. If, as forecasted, the economy remains soft,  the party will likely remain too overwhelmed by internal issues to ditch its policy biases in favour of workable growth initiatives. Thus even a “united” ANC might be unable to achieve an outright majority or to form a governing coalition.

A modestly successful ANC split would virtually ensure a post-2019 coalition government. Importantly, a breakaway anti-Zuma faction from the ANC would likely be the most appealing partner to other parties looking to form a governing coalition. Hence, if the split is sufficiently significant to deny the ANC’s hopes of maintaining its majority, the motivations to breakaway become irresistible. Zuma must fully appreciate such dynamics but he cannot easily appeal to the anti-Zuma faction to remain in the ANC. His camp must somehow simultaneously intimidate and coddle them.

The DA and EFF election campaigns will emphasise their anti-corruption credentials alongside very different economic solutions. Both parties would gain from being in a coalition with an anti-Zuma faction which breaks from the ANC.

The DA’s DNA is not sufficiently diverse for it to prosecute ill-gotten state capture gains, while reversing popular but counterproductive economic policies, without fueling a radicalised response. A DA coalition with an anti-Zuma breakaway faction could be SA’s best governance prospect through leveraging various strands of legitimacy and capacity.

Given the prevalence of desperately poor voters, SA’s democratic landscape must accommodate angry populist voices. If a DA and an anti-Zuma breakaway group need to team with the EFF to achieve a 2019 national majority, this should be more appealing to the EFF than teaming with a Zuma-aligned, or even an anti-Zuma controlled, ANC where the EFF would have to contend with entrenched cronyism alongside the likelihood of ongoing policy paralysis.

SA’s core challenge has been, for many decades, knowing how to create a broadly prosperous economy. Universal suffrage was achieved in 1994 but what followed were economic policies and practices which were never going to deliver normal levels of workforce participation.

There are also the implications of the global economy going through profound shifts. Yet it is hardly as if SA is the only country to confront such challenges. Forward thinking business leaders must identify promising commercial paths while government policy makers provide a pro-growth regulatory environment.

Unless they somehow manage a decisive victory at their party’s December conference, the anti-Zuma camp within the ANC will probably breakaway. A new era of pragmatic coalition building could then overcome the political impediments to achieving broad prosperity.