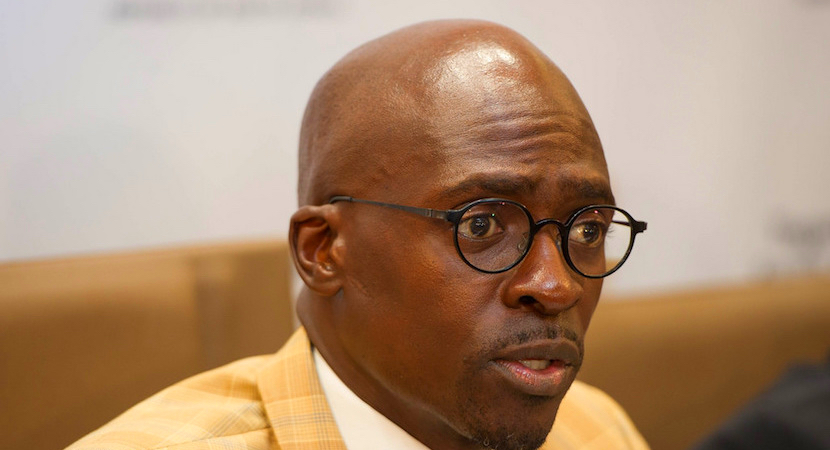 CAPE TOWN — New Finance Minister Malusi Gigaba’s 14-point plan for economic recovery is a bit like the curate’s egg – good in parts, but in this case, lacking sufficient yolk. This is according to Oxford University Research Fellow in Economics, Mohammad Amir Anwar. Unpacking the newcomer’s ambitious plan, he points to what is missing; addressing the underlying structures of the economy. Almost by default, the plan is pragmatic because its objectives are mostly short term, handy given the deep divisions in the ANC and the possibility of another cabinet change within two years. Anwar says it’s aimed at attracting investors in the short term and lauds Gigaba’s intention to tackle non-performing State-owned-enterprises, though with two strong caveats. Reckless recapitalisation with state funds and failure to sweep out incompetent and corrupt boards will render any such initiative a hollow exercise. Viewed from a healthy distance, Gigaba’s plan is a knee jerk response to the recent credit rating downgrades, focussing as it does on monetary and fiscal frameworks, a favourite servant of the ANC’s neo-liberal agenda. Ironically all this does in maintain apartheid-inspired economic structures. Most critically there’s nothing fresh about tackling the jobless army out there nor any detail on overhauling mining and agriculture. – Chris Bateman

How do you rate the recovery plan?

It’s still early days but one thing is clear. The plan was put in place as a response to the credit rating downgrades experienced in the second quarter of 2017. It comes with a greater focus on monetary and fiscal frameworks, a slippery area which has served neo-liberal agendas in the post-1994 South Africa.

Instead of focusing on policies that allow redistribution of wealth and creating sociopolitical and economic opportunities for those who were left out of the system, successive ANC governments have been obsessed with neo-liberal dictates which have served to maintain apartheid inspired economic structures.

It’s unfortunate that Gigaba is still toeing the neo-liberal line despite all his political rhetoric, including a call for radical economic transformation.

This neo-liberal approach assumes that economic growth is the sole criterion to put the country back on the right track. This obsession with growth means that the focus is on short-term fiscal and monetary issues to gain the confidence of investors in the economy. Testament to this are the short deadlines of the plan and the accompanying narratives. These include references to reforms that “would support both businesses and consumer confidence, thereby laying the foundation for an economic recovery”.

It would seem that not much thinking has gone into changing the underlying structures of the economy for the long-term.

What are the most positive elements of the plan?

The minister has spoken about including different stakeholders in the recovery plan, which seems to be a good approach. South Africa’s history of segregation needs to be met with inclusive policies. Public consultations with key stakeholders and consensus must be key to any recovery plan.

The plan to tackle non-performing state-owned enterprises is very encouraging. But reckless recapitalisation by injecting public money into non-performing entities will only divert government resources, which could otherwise be used to help poor and marginalised people.

Government should realise that fixing troubled state-owned enterprises requires deep restructuring of the way they are operated and led. Boards that are part of the problem in terms of incompetency and corruption must be dissolved and reconstituted. Corrupt officials must be held accountable. Enhancing public-private partnership in some enterprises can also eliminate inefficiencies.

Another positive is that each of the 14 points and sub-points came with a deadline. This can focus the mind and ensure that work gets done. South Africa has seen many plans in the past come and go with no results.

But some of the dates are far too ambitious. For example, Gigaba speaks of finalising the Minerals and Petroleum Development Act amendment process by December 2017. This deadline is too tight and could result in low levels of participation. This will defeat the objective of getting stakeholder buy-in.

What are the most critical things that are missing from it?

Not enough attention has been given to job creation. The South African economy has for a very long time experienced jobless economic growth. This meant that the country’s jobless rate remained stubbornly high for many years. Recent figures of unemployment touching 27.7% are indeed worrying. Youth unemployment is said to be 52%. Any plan that addresses only economic growth without the creation of job opportunities will be found wanting.

The South African government’s priority should be to boost employment, by focusing on sectors that can easily generate jobs. I welcome the suggestion to boost the small, medium and micro-enterprises sector by giving them a share in public procurement. Small enterprises have been recognised for their potential to aid sustainable economic development and to create jobs.

The plan does not give details of overhauling the most important sectors of the economy: mining and agriculture. These sectors are key to generating growth and employment and can be used to drive economic transformation and empower communities that are at the margins of the economy.

For this to happen, the South African government needs to adopt radical approaches that include new and sustainable ways of doing business and redistribution of land.

There is a strong case for government to ensure that mining companies reinvest in workers and local economies. This can be done through investment in education of workers and forming business linkages with local companies that enable technology and knowledge transfer for a viable industrial transformation. Unemployed mine workers (and farm workers too) should be given new kinds of vocational training and education to help them find work elsewhere.

How do the ANC’s internal power struggles affect the plan?

The ANC’s leadership is in disarray. Intra-party fighting has led to opposing factions being formed, with each propagating its own economic vision. This increases the likelihood that a new crop of ANC leaders will change policy. Constant reshuffling and changes in key government positions can seriously affect policy plans and lead to uncertainty about the future.

A new leader will have to bring cohesion into an already fractured party, encourage all members to unite and work for a better South Africa and, most importantly, tackle corruption both in and outside party circles.