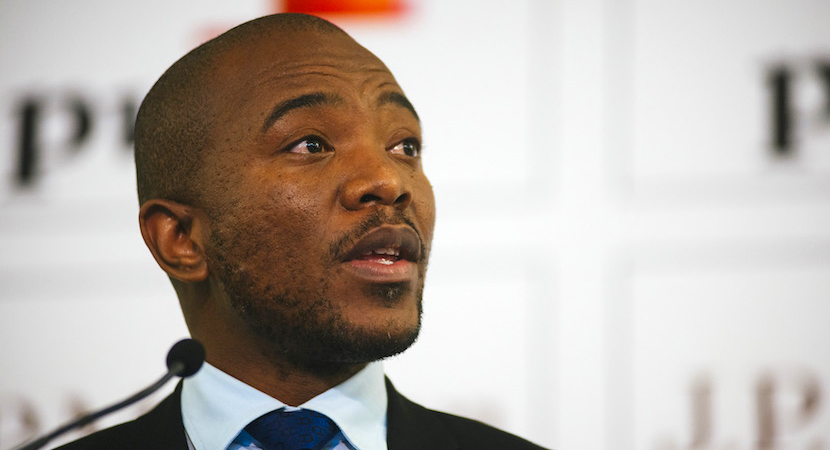 JOHANNESBURG — Last week saw one of the biggest developments in South Africa’s state capture saga as it was revealed that US and UK authorities are now investigating the Guptas for money laundering. Yet, state capture appears to be going into overdrive at the same time as Zuma last week also reshuffled his Cabinet, installing controversial former spymaster David Mahlobo as Energy Minister. It appears that Zuma wants to push through a Russian nuclear deal as quickly as possible before his term ends as president of South Africa. But taking into account South Africa’s out-of-control levels of corruption, DA leader Mmusi Maimane proposes some interesting ways of tackling this scourge, among these being the use of blockchain technology. This distributed digital ledger tech, which underlies the likes of Bitcoin, makes global transactions completely visible to anybody. – Gareth van Zyl

With so many blows raining on the Zupta state capture project, one could be forgiven for expecting it to be on its knees, with the looters beating a hasty retreat. The fightback includes: the incriminating #GuptaLeaks; Bell Pottinger’s demise; KPMG, McKinsey and SAP in the firing line; global media coverage; the Supreme Court of Appeal judgement last week that revived Zuma’s 2009 corruption charges; parliamentary inquiries and Gerrie Nel’s private prosecution of Duduzane Zuma – all major blows against the looters.

And yet if anything, the state capture project is picking up pace. Recently, the Zuptas have targeted the PIC, staged an aggressive campaign to get their candidate installed as ANC president, and continued a brisk looting spree at SOEs. The project went into overdrive this week, when President Zuma reshuffled his cabinet to fast track his nuclear deal by deploying a close and compliant crony, David Mahlobo, as Energy Minister. Mahlobo wasted no time in confirming his support for nuclear energy, even as Brian Dames, former CEO and nuclear physicist at Eskom, told Parliament that South Africa doesn’t need and cannot afford nuclear.

The fact is, the Zuptas played a long-term game, lining up their supporters and fortifying their defense years ago. It has held up against every blow. Their strategy for narrow self-enrichment has won out against our Constitution, which was designed to heal the wounds of the past and build an inclusive, prosperous nation. Impressive as it is, the new Constitution just wasn’t designed with such parasitic leadership in mind.

No matter what else separates us as South Africans, we all agree that corruption must have no place in a free and democratic South Africa. It is the greatest enemy in our fight against poverty, unemployment and inequality. So we have to up our game and put in place new systems that combat it. There must be no way for corruption to take hold and flourish in our country.

The DA has some big, bold ideas to win the war against corruption.

For one thing, South Africa needs a new and powerful independent commission dedicated to fighting corruption – a kind of Scorpions on steroids. It must have a high level of independence – it cannot be answerable to the executive. Candidates for leadership must be short-listed by Parliament and then appointed by the Judicial Services Commission, based on competence, experience and ethical conduct.

This corruption-busting unit must be well resourced, and have comprehensive powers to investigate and prosecute. It must have a 24 hour corruption reporting centre where people may anonymously report corrupt activities in either the private or public sector. The DA would enforce a minimum fifteen year sentence for those found guilty of corruption.

Prevention is as important as cure, and a DA government would use genius new Blockchain technology to make the payment of all public money transparent. Blockchain may be the most revolutionary invention of the 21st century. It enables a payment system that is decentralized, totally transparent and virtually incorruptible. It would totally transform public finances management, making every transaction concerning public money publicly available.

The system requires transactions to be verified by more than one person or entity, and only once all verifiers have approved the transaction, the transfer of money occurs. The transaction is combined with other transactions to create a new block of data in a digital ledger that is permanent and unalterable. The technology would be used not just for transactions but for tender processes too – a kind of “internet of public finances management”.

It is time to get really tough on corruption. These, and other such big, bold ideas, would equip South Africa well to fight and win the war. Under a DA government, there will be no place for corrupt politicians, public servants and business people to hide. Building a free, fair and opportunity-driven society begins with defeating corruption. We South Africans have learnt that the hard way. But if we can build systems that make our society robust and resilient as a result, it may yet turn out to have been a valuable lesson.