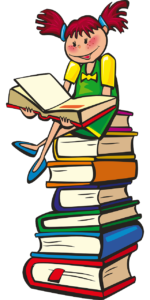 CAPE TOWN — Draft legislation removing the rights of school governing bodies to appoint teachers, giving provincial education MEC’s overriding powers and lowering financial access barriers have proved so inflammatory that government has extended the public commentary deadline. Parliament’s oversight education committee has taken the exceptional step of calling a hearing – before the legislation is even tabled, while Basic Education Director General Mathanzima Mweli says the word ‘avalanche’ doesn’t begin to describe the flood of public submissions. The real question is how his department will handle the input; will they cherry pick what they consider valuable submissions, aka those that more neatly fit with the intended legislation, or will they now water down sections that provoked the most resistance? Sure, the bill is a bit like the Curate’s Egg; good in parts, but it falls victim to the law of unintended consequences. By using a one-size-fits-all approach, what happens to an education sector evolving to meet the differing needs of our multicultural society? Devolving everything to Central Command in a bid to root out corrupt practices like teachers buying posts is a seriously blunt instrument. A survey of the most successful former Model C schools will show they have the strongest parent -represented governing bodies. Rendering them toothless will change all that. – Chris Bateman

At a parliamentary briefing on 28 November 2017, the Deputy Minister of Basic Education Enver Surty, granted an extension of time for public comment on the Basic Education Laws Amendment Bill (BELA) till 10 January 2018.

Basic Education Director General Mathanzima Mweli said ‘the word avalanche would not describe’ the submissions they had received ‘and that he had never seen it in his career in public service’. Mr Chris Beukes said the most controversial clause was no 10 which took away governing body powers to choose teachers.

Democratic Alliance (DA) Shadow Minister of Basic Education Ian Ollis said “the reason you are getting such an avalanche is because you are tampering with the democratic rights of parents with this bill“. Ollis objected to the Director General saying they would be “processing inputs” without saying “they would be considering amendments”. He objected to the Director General’s proposal to hold hearings in which to ‘educate the public about the bill’, which wrongly assumed they were uninformed and needed education until they agreed. He said they “needed to listen to the public“. He referred to a case where the Northern Cape Head of Department had appointed a headmaster previously guilty of impregnating a pupil (https://goo.gl/gFwtwh), as a reason to keep power in the hands of parents.

Mrs Cheryllyn Dudley of the ACDP asked whether the avalanche was impacting the Department of Education’s proposals? She did not want public funds wasted on defending a flawed law or process against constitutional challenge. Answering the DBE motivation for the bill of lack of capacity in school governing bodies, she argued the state should then intervene only in particular schools where there was a lack of capacity rather than in the whole country.

Mr Derick Mnguni of the ANC said the bill was a ‘top down approach‘ and called instead for a ‘bottom up’ approach. “Is it right to take their [parents] rights” he asked? Answering the DBE motivation fighting corruption in the selling of posts, he asked “Where did the information come from?” “It came from parents”. The proposal to take power from parents would make it worse than today. He said the requirement for increased auditing would be a problem for small schools where the principal must do everything, and they would need capacity help.

Nomsa Tarabella-Marchesi of the DA said the selling of posts did not warrant taking away parents powers.

Joyce Basson of the ANC said the Bill was provoking the community in the media. She asked what would happen if every child applied for cultural and religious exemption.

Pinky Kekana of the ANC asked whether the Department of Basic Education could afford the costs of the new bill. Her question was not answered.

Deputy Minister Surty said the bill was in its early stages. They were going through the submissions and planned to meet the principals and governing bodies associations to discuss further. Cabinet could accept or reject it. He said change was always difficult and there had been strong opposition to other things in the past, particularly by governing bodies, who kept going to court, which he felt was unreasonable. He asked who was the authority? They would not ignore the School Governing Bodies or Unions, but authority was with the Head of Department. He said that schools needed competent headmasters and senior teachers and School Governing Bodies did not always know what skills were needed. People had made a noise about posts being sold, but now criticised the Department for doing something about it. Mr Ollis interjected to dissent with his claim that the Western Cape Education Department had been part of the drafting. The department had considered the recommendations of an independent consultant, Dr Nick Taylor*, which led to their thinking. Surty said it was not an attack on former model-C schools, but part of the evolution of the law. The bill would have more effect on rural and township schools. He said the opposition was motivated by self-interest of former model-C schools. Exorbitant fees denied people access. There needed to be an ideological shift. People must understand the spirit of the bill, but he was open to persuasion. Some submissions were concrete, but others just petitions of people who had not read the bill. Quality submissions that rationally persuaded would influence more than numbers. Some parts of the existing Schools Act are verbatim from public submissions. He was concerned for the interests of the poor and African child to get a quality education in schools.

Nomsa Tarabella-Marchesi, MP of the DA asked if people in rural areas were even aware of the bill and said it should be translated into African languages to give them a chance to comment. She had called some rural principals who had heard of the bill in the media, but did not know they could submit comment. Committee chair Nomalungelo Gina agreed that we needed to empower communities to know their rights and the processes. The Deputy Minister of Education Enver Surty replied that the cost of advertising was a problem, but that the executive or parliament could pay for it and make available in all constituency offices in multiple languages.

Chair Nomalungelo Gina asked Enver Surty until when could the public still submit comment. He replied till the 10th of January 2018. Mr Ollis noted that the Western Cape’s request for an extension of time had been rejected, and asked if the public knew about the extension?

Why the briefing was extra-ordinary

The Parliamentary Portfolio Committee on Education had called the Department of Basic Education (DBE) to a special briefing on the BELA Bill to assist them in answering constituency concerns. The meeting was extra-ordinary in a number of respects: First, a bill is normally only discussed in parliament after it is finalised and referred by cabinet. Second, the DBE sent their top officials to the meeting instead of a cabinet meeting discussing education held at the same time. Third, they deferred to next year another scheduled parliamentary education briefing because after all the questions from parliamentarians, there was no time left. Fourth, normally restrained ruling party parliamentarians showed strong independence, asking tough questions and making strong comments. Fifth, because a parliamentary committee requested the education department to extend the time for comment and received agreement. Sixth, strong feelings led the chair to calm the meeting. Seventh, a concerned mom brought her few month old baby, likely the youngest attendee of a parliamentary briefing, much to the delight of female parliamentarians.

The Members of the Parliamentary Committee’s contact details are at:

Read BELA and the government’s motivation at: https://goo.gl/6sXAG8 (The Deputy Minister said they are most interested in detailed comments and rational argument of those who have read the bill themselves).