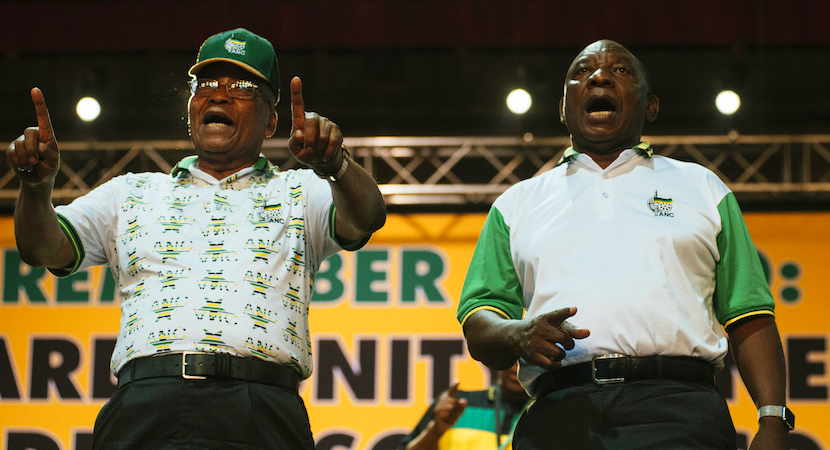 JOHANNESBURG — It’s clear that Cyril Ramaphosa is trying to decide on the right strategy for Jacob Zuma to leave office. Ramaphosa will find that he has a brief window of opportunity not to disgrace Zuma while also uniting the party and slowly building his power base. There’s no doubt that the ball is in Ramaphosa’s court and momentum is on his side. As time goes by, it’s increasingly a question of ‘when’ Zuma will leave and not ‘if’. – Gareth van Zyl

An interview with Dan Moyane on eNCA gives some clarity on the approach being adopted by the new ANC president – and Deputy President of South Africa – Cyril Ramaphosa, in dealing with the two centres of power. Ramaphosa says this matter is sensitive and must not be rushed.

Asked whether South Africa could afford to keep President Jacob Zuma as head of state until the middle of 2019, Ramaphosa urged patience and caution. “I know that people are really inquisitive, they are eager to know how all of this is going to pan out. A lot of speculation has been going around… quite a bit of it is fueled by people in the media… this must be done at this meeting… if you don’t do this at this time you are a total failure,” he said.

While Ramaphosa did not use the word recall once, he did say: “By nature, people are very impatient. They want to see things done yesterday. In politics, you have to take your time to make proper assessments… this matter will be dealt with as and when time goes on. It is not a matter ….to be dealt with immediately.

“Whatever we do. we need to deal with this matter with the level fo maturity it requires… with proper decorum. We should never do it in a way that is going to humiliate President Zuma… in a manner that is going to divide the nation. We need to do whatever we do very, very careful. It is a very delicate matter.”

It had been widely expected that after Ramaphosa’s defeat of Zuma’s favoured candidate Nkosazana Dlamini-Zuma for the ANC presidency in December last year, Ramaphosa would move swiftly to recall Zuma. However, there was no mention of the recall at the first national executive committee meeting held last week, ahead of the 106th anniversary celebration in East London on Saturday January 13.

Clearly Ramaphosa is pondering options – along with the Top Six of the ANC – on how to deal with the two centres of power. But he is determined not to be rushed into anything.

Media speculation is that the appointment of a commission of inquiry into state capture by President Zuma ahead of the 106th birthday speech delivered by Ramaphosa had delayed any recall, but this cannot be certain.

Ramaphosa, in the interview, also said that a commission of inquiry into state capture should happen sooner “rather than later”. He said that it should focus on the recent corruption and should not be clouded by corruption from previous eras. He noted that there had been calls for it to go back to the apartheid era, or even beyond that – to 1652.

But he said other investigations could take place into previous corruption, but for now the commission needed to focus on the state capture allegations. Although he did not say it, this relates to the impact that the Gupta family has on the Zuma administration and the widespread evidence that they leveraged big business deals out of government largesse using the parastatals as a channel for this corruption.